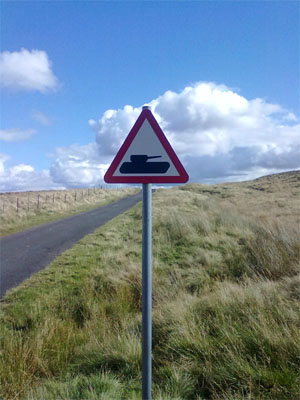 As a child, I remember being fascinated by products advertised in magazines. I remember one or more of the actual objects arriving, and noticing how paltry it was in comparison to the advertisement. The colors weren’t as bright; the product showed seams and gaps from manufacture; and it never performed quite up to the promised level.

It has baffled me since then as to why this society tolerates lies, deception and manipulation. People would tell me, “Oh, everyone knows that’s not true.” That then made me wonder: why is it profitable to continue doing it then? Clearly everyone does not know. And even more, why tolerate such an ugly, hope-crushing practice?

There are many forms of this pathology, but the summary is that our society tolerates deception and as a result has made mistrust a rule. It’s not illegal to lie, or to cheat. As a result, that’s what people expect when they encounter one another, and so they are correspondingly selfish.

Imagine deals between criminals. One offers something and the other things this is surely a sham, so what he offers is equally blighted. The result is a trade that leaves everyone feeling short-changed, resentful and angry at the world. It’s not surprising that people behave like angry nobodies when this happens.

Our society has for centuries been wracked by this internal mistrust. All of it has started to resemble Dickensian England, where the streets are lined with pickpockets and the stores all cheat, with the only escape being so rich that your staff insulates you from the mess.

By teaching new generations that this is normal, we’ve created the kind of mentality in our citizens we saw in the Soviet union. Of course the government tractor won’t start; they never do. Of course the latest policy has failed; they always do. Ignore it and keep on trucking.

It’s not the big things that bring down empires, but the little things. Mistrust means that every certification is a sham, every statement is a lie, every specification is wrong, etc. and that the only way to succeed is to work around your fellow citizens. It makes us selfish, paranoid and cruel.

It shouldn’t surprise anyone at this point that our society has become a sort of giant filter in which only the wealthy have any chance at a normal life. Everyone else is caught down there, in the churning of mistrust and squabbling for pennies, trying to get to the top.

In the name of equality, which forbade us merely selecting people for being the best and putting them at the top, we have created a vortex of “competition.” This competition isn’t for moral character, ability or intelligence, but the hours put into fighting over irrelevant details. It’s “fair” in the view of the egalitarians.

However, it has made our society a mean place, and thus made us mean, and we don’t apply that only to others, but even to ourselves, becoming so cynical that we loathe even ourselves and long for the suicide of our civilization. The cost of mistrust is higher than was advertised.