Modern society is the antithesis of health 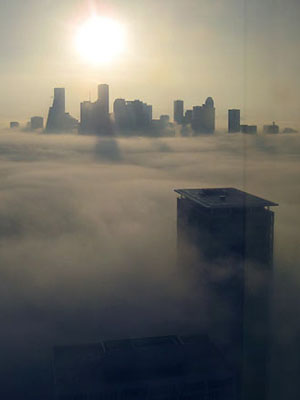 If you are are a conservative, you oppose modern society. This will come as a shock to European rightists, who see themselves as modernists, and American rightists, who visualize their goal as one of defending the state. But the fact is that conservatism originates in the time before the French Revolution and carries on those values.

Very few people know the root of the term conservatism. We normally point to the Latin word conservo, which means to preserve, conserve and maintain. However, the nominative definition only tells part of the story. To know the full story, we have to look to the process of conservation.

If you want to conserve a family home, you have to do a number of things, most of which are not obvious. The obvious tasks include painting it and mowing the lawn. The less than obvious tasks involve research. How was it constructed? To keep it from falling apart, you’ll need to understand that method and its goal, so that you can replicate it.

You’ll also need to get philosophical. Do you maintain the house, or just make another one that looks just like it, using modern technology? Modern technology has some advantages, but so does older construction, which seems to hold up for a lot longer than the buildings we recycle every three decades.

At some point, you will need to make additions to the house to accommodate other generations or expanding needs. You want them to look good, so you’ll build them in the older style. How would someone back then make something for which, at that time, there was no need? You’ll end up studying similar archetypes and peering into those.

There are pitfalls. Newer types of paint may eat away wood treated in the older style. If you run air conditioning ducts or new wiring, or even ethernet cables, you will want to find the best way to do that without wrecking what you have. For example, the crawlspaces may serve additional ventilation functions that you can obstruct with ducts.

Further, the process of studying consequences — consequentialism — requires an analysis of goals. If you’re designing a house for the next two weeks, almost any construction will do. For the next three decades, you have to be a bit more specific. But if you want it to last for centuries or millennia, you build it with a great deal more care.

This care extends not only to worksmanship, but to materials. Even more, it extends to design. A house that needs to last 30 years can have certain forms, but one that needs to last 300 requires a much bigger infrastructure and many more contingencies addressed, since it will endure almost all possible events over its lifespan.

For this reason, conservatives are intensely concerned with goals. We like picking the optimum strategy for long-term use because even if it is more expensive in the short-term, the results are better over a longer time so it ends up costing less and delivering more value, which is enjoyment of life and existential experience.

When you hear people talking about Plato’s maxim of “the good, the beautiful and the true” you may have heard a reference to this. We are concerned with the best possible life, and the best in life, not the utilitarian “that’ll do” that marks empires on their way downward. We aspire, not do what is merely adequate.

It is for this reason that conservatives will forever clash with liberals. The liberal ideal is to pick the short-term solution, which involves gifting the individual with immediate gratification and using the money “saved” by not implementing the long term solution to pay for it. In short, sacrificing tomorrow to have more drama today.

Modern society is based on this notion of putting the individual first. It makes people happy, in the short-term. The problem is that in the long-term it deprives them of a context in which their actions could be meaningful, like culture, shared values, a goal or even nature itself. They are imprisoned within themselves.

The result is loneliness, isolation, and alienation, which causes degeneration of the individual and then the species:

Researchers found that people who were more lonely showed signs of elevated latent herpes virus reactivation and produced more inflammation-related proteins in response to acute stress than did people who felt more socially connected…”It is clear from previous research that poor-quality relationships are linked to a number of health problems, including premature mortality and all sorts of other very serious health conditions. And people who are lonely clearly feel like they are in poor-quality relationships,” said Lisa Jaremka, a postdoctoral fellow at the Institute for Behavioral Medicine Research at Ohio State University and lead author of the research. – “Loneliness, like chronic stress, taxes the immune system,” by Emily Caldwell, Medical Xpress, January 19, 2013

Another form of stress is early life stress, which while this article studies child abuse, isn’t limited to child abuse. Any abusive situation will do, including an abusive society. The stress creates genetic weakness which is then passed on to the next generation, as if nature installed a kill switch on species which are out of control:

Earlier studies linked physical or emotional childhood abuse to suicide, but the Sackler team found that childhood abuse amongst suicide victims was associated with a distinct epigenetic mark on the DNA. The discovery represents a huge step forward for epigeneticsâ€”the study of how environmental factors change gene expressionâ€”and holds the promise of better understanding suicide and, perhaps, new treatments. – “The Legacy of Child Abuse,” by Mark Reynolds, Headway, Vol. 4., No. 1

Without a strong central values system guiding a society, it becomes focused on the individual, which thrusts individuals into competition with one another and deprives them of any larger identity, purpose or context. The result is a society composed of people acting for personal pleasure, which leads them to neglect others and their own families, and abuse each other out of aggressive competition for social status.

Modern society is the antithesis of health. Its focus on the short-term created problems that have now come due. After the 20th century, its age is particularly showing, so that now many conservatives are realizing the depth of the problem: we either beat liberal society, or it becomes the means of our suicide.