by Jonathan Peter Wilkinson on January 26, 2016 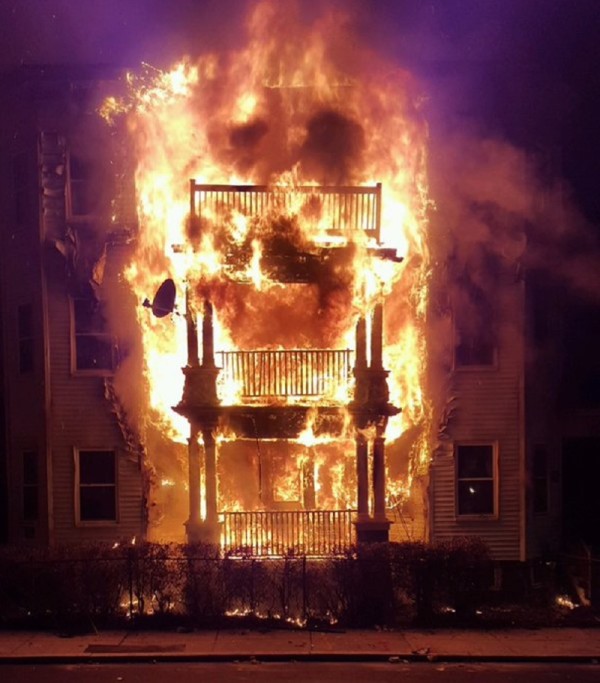 Henry Olson correctly describes why the GOP no longer has any legitimate right to call itself a Conservative Party.

Thanks to Donald Trump, American elites are finally paying attention to blue-collar, white America. They do not like what they see. Racist. Bigoted. Irrational. Angry. How many times have you read or heard one or more of these words used to describe Trumpâ€™s followers? Whether they are the academic, media, and entertainment elites of the Left or the political and business elites of the Right, Americaâ€™s self-appointed best and brightest uniformly view the passions unleashed by Trump as the modern-day equivalent of a medieval peasantsâ€™ revolt. And, like their medieval forebears, they mean to crush it.

The Governor of South Carolina attempted to say these things nicely. It was almost as if she could bore Donald Trump to sleep ahead of the Iowa Caucus through the mind-numbing force of her predictably ill-informed vapidity. She adopted the atrocious pose of a Southerner who had grown. She denounced the vile Â¡RACISM! of a church shooting in Charleston. She forgot to look up the proper name of the church. There is no historic Mother Emmanuel Church in Charleston. Iâ€™m sure both of her special black friends were still quite deeply impressed. With The Cathedral, itâ€™s always the thought that counts.

And then we get to the reason all us Unreconstructed Southerners are such horrible people. We arenâ€™t willing to sit down while our bettors abolish us.

â€œNo one who is willing to work hard, abide by our laws, and love our traditions should ever feel unwelcome in this country.â€

Genghis Khan had a work ethic worthy of J.J. Watt. Heâ€™d follow the laws; after he executed a couple of obnoxious justices on the USSC. As long as he got to rape another woman in every village, he never felt the slightest bit unwelcome. Nikki could be happy and so could Genghis. Civility is such a special thing.

Iâ€™ll offer a protip. You donâ€™t want either Genghis or JJ anywhere near your franchise QB. Do you think those guys raping women in Cologne were taking the day off? Nobody is going to respect traditions that you are not willing to defend. Nobody is going to incur the social cost and inconvenience of obeying a law that you are too lazy or gutless to enforce.

â€œIt means welcoming properly vetted legal immigrants, regardless of their race or religion.â€

According to the laws on the land circa Y2K, Mohammed Atta was properly vetted. How did that work out for NYC and Logan Airport? Way to hammer out that vetting. I hope the vetters were properly courteous and respectful when they signed off on all 21 of the student visas. Itâ€™s a pleasure to watch bureaucracy work like hell.

â€œ[T]hereâ€™s a tendency to falsely equate noise with results. Some people think that you have to be the loudest voice in the room to make a difference. That is just not true. Often, the best thing we can do is turn down the volume. When the sound is quieter, you can actually hear what someone else is saying. And that can make a world of difference.â€

Be quiet you ignorant boobs. When your jobs get destroyed, when your women get raped and when your communities are no longer like anything you would personally recognize, we want you to object more pleasantly. We donâ€™t like it when The Hookworm People keep bringing up all these unpleasant topics. But hey, she was willing to be patient and tell us these things nicely.

People wonder how Donald Trump was able to nuke these turkeys with such a significant Wake-Up Bomb. Nikki Haley was assigned to address the President after The State of The Union Show. She did one thing right. She ignored what went on during The State of The Union Show and spoke athwart the real President instead. She addressed the man who truly drives America and took up her cudgel against Donald Trump. She showed us that America is a strange and foreign country to the people in the GOP who seek to govern Amerika. If you want to smash the Uniparty, you have to vote Trump or Cruz this GOP Primary session. Otherwise, just wipe that cuck off your chins and vote for Hillary and get it over with.