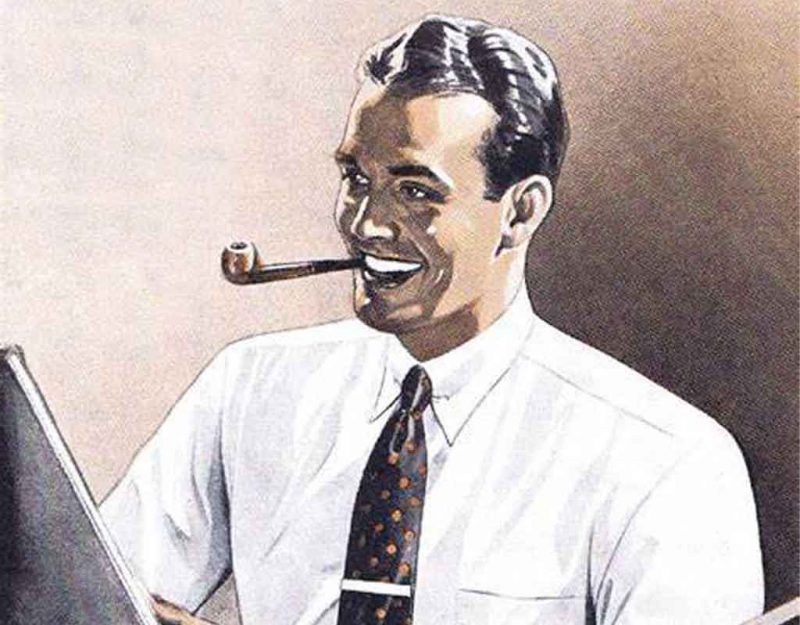 If we get to the core of civilization decay, we encounter the idea of superstition. This happens when people focus on a symbolic event that occurs alongside positive events and assume that it can cause those events.

Humans have a tendency, in fixed civilization, to become dependent on socializing. Without an ability to compel absolute obedience from others, we depend on people liking us and thinking well of us, and so we live in terror that they will not.

This creates the two pressures that make us superstitious. On one level, we are afraid of not doing the same thing that others are doing; on another, we want independence from consequences entirely, so that none can judge us.

From that duality comes the need for symbolic acts, or those which please the crowd and let us do whatever we want in all other areas without being judged. If we kiss a baby in public, we can run our farms or businesses how we want.

At this point, our thinking becomes inverted, or reversed. Instead of figuring out what we need to do, we do what the symbols tell us, and then justify what we want to do as fitting within that symbolic pattern.

Over time, this gradually expands symbols — like, say, the term “good” — to the point where they mean nothing since they mean everything. Anything is good if you reduce the meaning of “good” to making someone somewhere happy.

In this way a symbol for “good” changes from producing the best outcome to producing an equal outcome, to finally where it means destroying anyone above equal so that everyone else feels OK. Symbols expand as people use them to justify their own pursuits.

However, this produces a neurotic society, since the goal is no longer function, but hoodwinking other people with symbols to the degree necessary so that you can do what you want. We become manipulators, salesmen, propagandists, and cult leaders.

That gradually replaces any organic culture, or a genetic heritage and accompanying way of life, with a robotic obedience to the symbols. No action is natural any longer; all must be rationalized, analyzed, and discussed.

This produces a neurotic society. Neurosis refers to behaviors where symbolic acts are perceived to ward off negative results or presage positive results, basically a type of superstition based in anxiety.

Through neurosis we get a society which is dysfunctional through overthinking the symbols, but unable to address the underlying reality, since its thought process has diverged from reality as is common in both neurosis and superstition via obsessive-compulsive analysis:

Federer’s inability to win Grand Slams in the last two years hasn’t been due to physical decline so much as a new mental frailty that emerges at crucial moments. In the jargon of sport, he has been “choking”. This, say the experts, is caused by thinking too much. When a footballer misses a penalty or a golfer fluffs a putt, it is because they have become self-conscious. By thinking too hard, they lose the fluid physical grace required to succeed. Perhaps Federer was so upset because, deep down, he recognised that his opponent had tapped into a resource that he, an all-time great, is finding harder to reach: unthinking.

Unthinking is the ability to apply years of learning at the crucial moment by removing your thinking self from the equation. Its power is not confined to sport: actors and musicians know about it too, and are apt to say that their best work happens in a kind of trance. Thinking too much can kill not just physical performance but mental inspiration.

As symbols become more broad, our focus narrows to include only those symbols, which have an increasingly muddied meaning, therefore setting us spinning in a terminal case of over-analysis.

That over-analysis sends us chasing after different false targets chosen for their symbolic value, such as self-esteem, which as it turns out has nothing to do with contentment or meaning in life:

The review found “no evidence that modern Western societies are suffering from an epidemic of low self-esteem. If anything, self-esteem seems generally high in most North American samples.” People tend to rate themselves as above average, as in Lake Wobegon, where all the women are strong, all the men are good-looking, and all the children are above average.

Another dodge is the demand for “happiness” despite the term having lost any real meaning, like most symbols that are over-used and thus become over-broad:

Over the past 10 years, numerous studies have shown that our obsession with happiness and high personal confidence may be making us less content with our lives, and less effective at reaching our actual goals. Indeed, we may often be happier when we stop focusing on happiness altogether.

As well as reducing everyday contentment, the constant desire to feel happier can make people feel more lonely. We become so absorbed in our own wellbeing, we forget the people around us – and may even resent them for inadvertently bringing down our mood or distracting us from more “important” goals.

The pursuit of happiness can even have strange effects on our perceptions of time, as the constant “fear of missing out” reminds us just how short our lives are and how much time we must spend on less than thrilling activities.

At this point, we can see that neurosis has fully taken root. We no longer know what makes the good life, mainly because the good life has been placed out of our reach by the decay of civilization. We compensate with symbols and illusions.

Why Conservatives Should Be Pro-Transgenderism: Eugenics | News (March 3, 2021)