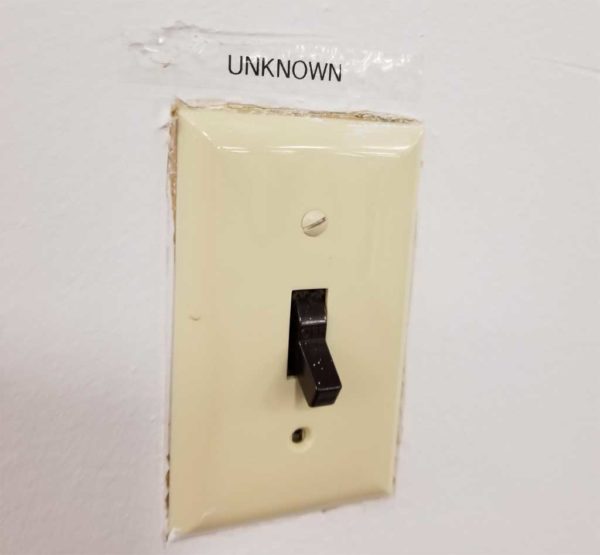 The Left consists of an angry mob, and requires some outrage to motivate the mob each time it must act. These invariably belong to the species of excuses known as victim narratives, where the raving herd perceives that someone has taken something from it that affects its personal lives.

They focus on personal lives because as egalitarians, they live in a fiction where each individual acts only for its immediate interests, and no one focuses on shared interests like civilization, values or accurate depictions of reality. It is all about what each individual wants to do and nothing more.

When we boil down the net neutrality debate, then, it translates to a mob of angry plebs concerned that without Big Daddy Government to regulate the internet, companies might charge more for access to popular sites. Those sites, which take up most of the internet traffic, impose a burden on ISPs and other smaller companies because most of their data use goes toward supporting those big sites.

Naturally, the industry — or rather, those big sites — want to preserve “neutrality” so that every smaller site is obligated to spend its traffic money on supporting those big sites, and those big sites can continue to grow. Regulations always protect large companies because they have the money to spend on lobbyists, but the bills are always pitched to the foaming crowd as being for their benefit.

Not surprisingly, ISPs — the ones sending traffic to the big sites — are the ones writing Net Neutrality laws because they want to fill it with loopholes and defend against the onslaught of FANG (Facebook, Apple/Amazon, Netflix and Google) companies who are the big names behind recent Net Neutrality publicity.

Beyond the dismissive rhetoric, ISPs are coincidentally united today in calling for Congress to act — and that’s because they’ve paid handsomely to control what Congress does. There’s one thing Republicans and Democrats can agree on, and that’s taking money from ISPs. The telecommunications industry was the most powerful lobbying force of the 20th century, and that power endures. It’s no secret that lobbyists in Washington write many of the laws, and the telecom industry spends a lot of money to make sure lawmakers use them. We’ve already seen net neutrality legislation written by the ISPs, and it’s filled with loopholes. It’s not just in Congress — companies like AT&T have deep influence over local and state broadband laws, and write those policies, too.

These companies have enlisted the raving mob to support them in the name of “free” access to their favorite monopolist entertainment groups. The FANG companies want net neutrality to continue to grow; the ISPs want to control it so that it is the opposite of what it says it is. Who loses? The smaller sites like this one, who are getting crowded out by Google’s algorithm that prefers big sites, and big sites like Facebook and Twitter who capture most of the audience. That has killed the internet, not a lack of net neutrality.

While conservatives blather on about “censorship,” they are actually defending the very forces that are actively censoring them in the name of “Net Neutrality.” For sensible observers, actual net neutrality has not existed for some time, since all commercial firms throttle traffic in order to avoid having access to other sites drowned out by people checking for new kitty pictures on Facebook. As of yet, ISPs have not enacted pricing plans that favor certain sites, mainly because it is technically complicated and audiences dislike the idea of it. The market has spoken, and done so more decisively than this legislation.

If anything, what we need to support an internet free of censorship is fewer larger monopolists who control most of its traffic and almost all of its search results.

To do that, we would need stronger local broadband, which ironically has not happened because state and local government regulations make it prohibitively expensive to run new lines — other than the existing ISDN (over old copper phone lines) and cable television lines — because every bit of red tape adds costs that mean no new lines are going to appear:

Broadband policy discussions usually revolve around the U.S. government’s Federal Communications Commission (FCC), yet it’s really our local governments and public utilities that impose the most significant barriers to entry.

Much as is the case with federal regulations, state regulations protect the big guys while raising costs for the little guys, ensuring monopolies on local internet access:

With more local competition, meaning multiple lines into the homes so consumers could have access to newer technologies like fiber optic lines, consumers would have a choice if their local ISP decided to (rightfully) charge more for access to Facebook or other FANG companies, but government has regulated competition out of existence so that consumers do not have much choice:

Google discovered this the hard way when it had to rein in its ambitious fiber optic ISP because costs were too high, apparently because of local regulations:

But it will pause further plans in at least eight more metropolitan areas where it has been holding exploratory talks with local officials. Those include Oklahoma City, Phoenix, Dallas, Tampa and Jacksonville in Florida, Portland in Oregon and Los Angeles and San Jose in California.

In the meantime, localities where government has decided to set aside those regulations, even if only so that it can provide its own internet, have provided a workable model.

As with all things Leftist, the Net Neutrality debate is inverted. These new rules will not stop censorship, will grow monopolies, and will avoid the vital question of giving consumers more choice so that they can use market forces to discipline ISPs to be exactly neutral. And the herd, thinking itself intelligent, will rage until it has them, and then rationalize its failure as victory while quality plummets.

How To Waste A Million Dollars: Californians For Population Stabilization | What Is Conservatism?