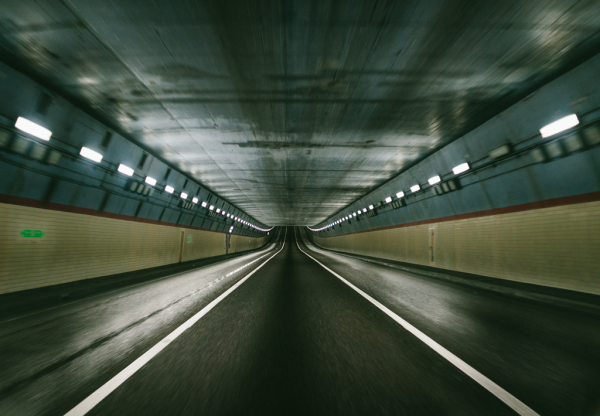 Like most political change in this era, Neoreaction formalized itself on the internet and continues to manage itself there, mostly through frenetic activity on Twitter. The clacking keys of today are (alas) the swords of yesteryear, and salvos fly back and forth between continents and time zones with great velocity and greater gravitas, despite being coded in the 140-character pidgin of postmodern social networking.

Recently Nick Land, who is more of a shepherd-patriarch than raging youngster in the “#nrx” tussles, recognized the split that has been inherent in Neoreaction since its early days:

The basic tenets of Heroic Reaction:

â€” Moldbug is over-rated.
â€” Capitalism needs to be brought under control.
â€” The errors of fascism are dwarfed by those of libertarianism.
â€” White racial community is the core.
â€” â€˜Atomizationâ€™ is a serious problem.
â€” Answers are already easily available, so over-thinking is unhelpful, and even seriously pathological.

Unlike #NRx, #HRx is primarily a political movement. Its theoretical appetite is modest, since it has faith that everything it truly needs can be retrieved â€” more-or-less straightforwardly â€” from the folkish past. – Outside In, “HRX,” April 11, 2015

Ever since Mencius Moldbug wrote that he was not a white nationalist, but he understood and sympathized with them, the Nietzschean aspects of Neoreaction have come into view. Although the movement arises from post-libertarian thought, part of libertarianism in its purest form is Social Darwinism, which serves as an end-run around the liberal civil rights agenda which holds any action is bad if it has “disparate impact” on the poor, minorities, womens, LGBTBBQ, etc.

This approach requires the assumption of literal biological equality of ability between people, such that if someone is poor it is by chance or villainy alone and not lower IQ or motivation, which is itself the great illusion of the modern era attacked brilliantly by Stephen Pinker in The Blank Slate. Any thinker who escapes the ghetto of the post-modern mindset will do so by first rejecting this WWII-era political assumption.

Social Darwinism escapes this quagmire by allowing freedom of association and, by removing the necessity of paying entitlements like welfare and health insurance, allowing the more competent to rise above the rest. Anyone who has read IQ statistics realizes this will create a Eurasian society here in the West where indios and African-Americans for the most part serve as a permanent underclass as they do now, for the most part, except when promoted by government incentives.

The question now before Neoreaction is thus: do we rely on capitalism and Social Darwinism to sort out our situation, or is more of a hands-on approach needed? This draws us to a split between Nietzsche and Schopenhauer: Nietzsche argued for a “going under” or escape from higher principles and return to nature, while Schopenhauer thought that the solution was to breed our noblest and smartest people into a new aristocracy. Nietzsche’s solution, like those of Adam Smith and democracy itself, is “hands free”: we set up a system, people participate, and magic results come out that we assume will be best.

Not all of us agree. The following excerpt is from an upcoming interview between myself and The Right Stuff writer Meow Blitz:

My critique of Neoreaction is based in two areas. The first is that, in an effort to attract a popular audience, it reduced itself to a form of individualism. This happens to all internet movements as people want to join so they can appear “edgy,” but fear getting too far from socially acceptable ideas. Second, Neoreaction refuses to accept its conservative heritage and to endorse organic civilization. Liberalism operates through “systems” which are designed to avoid strong culture and leaders, relying instead on “invisible hand” methods like market forces and popular votes. Conservatism desires almost no government and self-rule by culture. Culture requires a racial basis and race requires nationalism, and those three are necessary together to create identity, without which social standards — other than the nominal prohibitions on murder, rape, pedophilia and the like — are impossible. Neoreaction without strong nationalism simply becomes libertarianism, which then quickly degenerates into liberalism.

In my view, invisible hand systems dodge the question of leadership and values. They do so in order to preserve The EnlightenmentTM value of equality, which means that we have no kings but require mass consensus to do anything. From this perspective, error began with the formalization in The EnlightenmentTM although the degeneration began much earlier for that formalization to even occur. Invisible hand systems are fundamentally Enlightenment creations, where prior — and, in my view, future — systems will emphasize the immediate practicality of the situation.

This represents another form of “going under,” which is the escape from the higher principles of The EnlightenmentTM and going back to common sense, natural law and the game theory logic behind the complex avoidance of centralization and decentralization alike found in nature. Why have principles at all? The task is twofold: leadership for the civilization and within it, moral standards to keep people in line without needing a police state.

Identitarian writers may have one-upped Neoreaction by discovering this necessity. To keep social order, you either need Panopticon or a population which mostly polices itself. To keep systems like capitalism from raging out of control and covering the planet in McDonald’s, you need strong culture to have values higher than mere profit enhancement. But in that, capitalism is no different than any other “tool” in our arsenal. Sometimes, government regulation makes sense, but without strong leadership and a culture that primes citizens to be vigiligant for not just violations but alert to fluctuations in quality, it fails. Even ethno-nationalism alone as a principle becomes consumptive as happened with the NSDAP. There are no tools which we can start up and imagine that they will “magically” solve our problems. We — or at least, those among us with the most skill to lead, and all of us together as administrators of culture — cannot rule through external black box mechanisms, but must get in there, roll up our sleeves, and do it ourselves.

When we do not need a capacity, it degenerates. Our leaders now are degenerate because they are elected, and elections reward showmen and snake oil saleswomen but not realistic leaders, true, but also because they are atrophied. Leadership at this point is a matter of looking over two spreadsheets, a budget and public policy polling. Leaders pick the intersection between profit and popularity, make a speech and hope for the best.

Degeneration occurs when intelligence has done its mission as well, as revealed by E. Ray Lankester in his Degeneration: A Chapter in Darwinism. In contrast to Utopian predictions, his research illustrates how in the absence of need for intelligence, it atrophies and becomes weak, allowing cruder and more violent elements to prevail. Conveniently, that describes the decline of every civilization since the dawn of humankind.

To avoid that fate, we must make intelligence relevant again. Our “going under” involves using primitive methods in place of sophisticated ones, and reverting to simple but widely-applicable stances like self-interest and its extension in tribalism instead of moral and economic stances. The more we try to make perfect, as human beings, the more we fail. It is better to uphold the older ways because they were imperfect and as a result, kept us constantly challenged and away from the atrophy of late civilization.

This does not mean a return to mud huts and subsistence farming. On the contrary, it suggests we should use technology to its fullest extent, but instead of relying on blank slate invisible hand systems, to start making leadership more important. Put each person of intelligence in charge of something and see where he succeeds. Reward those who do well, all the way up to those who should lead us at local, regional, state, nation-state and national — racial/ethnic — levels.

In this, I propose a new direction for Neoreaction: stop with the politics and economics, and focus on the design of civilization itself. The tool becomes the master when it is not guided by a strong hand. The strong hand we need is not a Fuehrer, but good leadership at every level, even for the average citizen to be morally upright and apply strong cultural principles. Then on top of that, we need the return of kings and a society which emphasizes hierarchy and excellence instead of the participation and equality which lead to degeneration.

Keeping up the grand tradition of inscrutably internally reflexive nomenclature, I suggest we call this “organic reaction,” and that it be known not as a system, but a type of civilization design that leads to better results — “the good, the beautiful and the true” and “the perennial things” (Huxley) or “tradition” (Evola) — so that we as individuals and the society around us are in harmony working toward a cooperative goal of ever-increasing excellence.