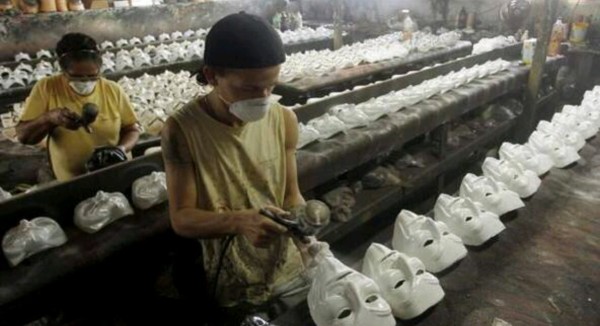 For 226 years, conservatives have struggled to resist liberal ideas. This proves almost impossible because what conservatives want is a civilization as a whole, where liberals have the easier job of criticizing details and chipping away at it. Destruction is always more powerful than creation in this way.

Conservatism proves difficult to articulate. As written about here, it has two parts: first, rely on what produces the best results throughout history, and second, aim for the highest level of quality possible. This clashes with the leftist idea that what is important is not civilization, but the individual.

The EnlightementTM started this trend. After years of plagues and invasions, Europe finally had stability, and so the social aspects of society took over. To make a group of people happy, treat them as individuals. No matter what they want, it is correct. This is the core of The EnlightenmentTM: what the individual wants to believe is true, is true, or at least must be accepted as a preference.

For example, if someone points out that Mike Brown was, indeed, committing felonies and attacking a police officer when he was shot, a liberal might choose to not recognize those facts at all. Instead, they might say “This is another example of police brutality and institutionalized racism,” and either deny those facts are true, ignore them, or explain them away with more dubious logic. It takes ten times as long to debunk a lie as to tell one, so for each detail they are always a step ahead of the game with another excuse.

The problem with liberalism is that it is not an ideology, although it ends up creating one. It is a mentality. The mentality of solipsism produces individualism which causes groups to demand egalitarianism, which can be roughly summarized as acceptance for all individuals no matter how broken or unrealistic their ideas or behavior.

Neoreaction experiences the birth of liberalism within itself, an avowed anti-liberal outlook. The hidden democratic entryism comes through the capitalism inherent to producing an internet movement: the product that cultivates the biggest audience wins. At that moment, the goal changes from “express truth” to “express what people want to hear.” This shift is cosmic but so normalized that most do not even recognize it happening.

Cultivating an audience is what converts internet movements from goal-based expeditions to echo chamber “hugboxes” in which people confirm their beliefs through the affirmation of others. They are essentially support groups for the wounded who believe this belief will salve their hurts. If you wonder why “no one does anything,” it is generaly because hugboxes are not about doing, but feeling.

Hugboxes, like capitalism itself, reward the most extravagant stagements that affirm the narrative. People do not line up for cold logic and detailed reasoning; they show up for the circus. Pro-wrestling styled fights, Maury Povich style drama, and nature documentary style free flowing emotion are what attract the crowd, even in an alienated belief like Neoreaction or white nationalism.

Look at the history of movements on the internet. The Men’s Rights movement went from demanding consideration of male status to demanding “equality” in a defensive role, mainly because it became flooded with incel cuck betas and browbeaten husbands looking to feel better about their plight with some strong statements. But ultimately, they just re-affirmed feminism by demanding equality, and in doing so argued against themselves. Equality always rewards the underdog because anyone in presumed higher position does not need equality.

In the same way, white nationalism became ethno-bolshevism. It started as the idea of affirming a white political presence, but became a leftist-style type of class warfare which demanded equality among whites and retreated to a position of talking about fantasy genocides and race wars instead of doing the obvious to gain power. It neutralized itself.

Capitalism is like other invisible hand systems: it requires guidance, or the tool becomes the master. With pure capitalism, we arrive at a planet covered in advertising for Coke and McDonald’s, where products are cheap junk because it produces the highest margins, and dumping toxic waste in lakes because externalities deferred equal profit. Capitalism requires culture to keep it in line so that people shun brands that dump toxic waste, and by “people” I do not mean a few hundred thousand east coast liberals, but just about everyone.

When capitalism applies itself to ideas, it shifts them into the McDonald’s model. Why tackle the big picture, like the big picture of what civilization is wanted that conservatism struggles with, when one can be like liberals and attack issues? Why seek truth, when it is more rewarding to stir up drama, resentment and outrage? Truth becomes pushed aside and with it, effective action dies.

Neoreaction is increasingly looking not like a political or social movement, but like a “we want condos in SF too” movement for the young men who did not achieve success with their dot-com dreams. This has occurred because Neoreaction has, through its group action, banished its own objectives and dreams.

This hidden democratic entryism through capitalism has undone many ideologies before. It is why modern society remains so intractable: it infiltrates everything it touches because its method is to flatter the ego of individuals in exchange for them ignoring the actual goal and replacing it with personal drama.

For Neoreaction, the goal remains as clear as it ever was: reverse The EnlightenmentTM. Ten thousand more pages of theory and drama will not change that. How to do it? Focus on what has worked before, for leftists and others: get a committed group to agree on a simple idea and then infiltrate social institutions and use those to maneuver the population toward that idea.

Literally, that is all that must be done.

And yet it remains beyond reach because simple truthful answers are less interesting than constant drama and posing at being academic theoreticians. Do we need more theory? Not when the answers, goals and methods are each plain and obvious.

As described by others, The EnlightenmentTM is the zombie ideology manipulating the West to its doom:

What stands out for me, and for other writers I have learned from, is that the assertions those enlighteners make about how the mind works, and about the nature of the human being, are intimately tied to their political project to liberate us from the authority of kings and priests. In other words, it is epistemology with an axe to grind, polemical at its very root.

Yet this original argumentative setting has been forgotten. This is important, because Enlightenment anthropology continues to inform wide swaths of the human sciences, including cognitive science, despite that disciplineâ€™s ritualized, superficial ridicule of Descartes. We need to be more self-aware about the polemical origins of the human sciences, because those old battles bear little resemblance to the ones we need to fight. – “The World Beyond Your Head: NR Interview With Matthew Crawford”

The EnlightenmentTM changed the West from a place that believed in external order, to one that believes whatever the individual wants to think is true should be breated as a social equivalent to truth. Since feelings and simple answers are easier to understand than reality-based logic, those false solutions get chosen first. This spreads and soon a society that only acknowledges lies exists.

In the West, we are cruising on the wealth and knowledge of the past. Our technologies were developed thanks to centuries of labor by those who did the really hard work, and we have been steadily improving ideas from two centuries ago but have not invented our own great revelations. That is because we are too busy fighting over the attention of groups to sell them products, and not focused on reality.

Neoreaction has a chance to reverse this process. It involves recognizing how democracy is a mental disease like any other lie taken to an extreme, and how we need to watch for it both out there and inside our own gates. Then, we must do what is obvious and work toward a goal so we do not become another circular echo chamber of a hugboxes like the ruins of every other belief in this modern time.