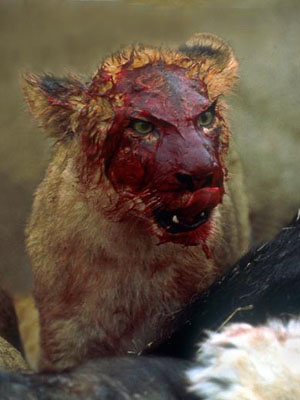 At this blog, we join many conservative traditions under the umbrella of tradition. Each has something to offer among its flaws.

Tradition has many layers, starting with the intellectual and spiritual, and eventually branching to include all of society, more than just politics. It encompasses the Platonic vision of good leadership, which is an awareness of consequences in reality and an exclusion of human sentiment that obstructs that goal.

The vision of tradition keeps us from putting the cart before the horse, and using politics to substitute for the more complex task of rebuilding a civilization through culture, spirituality, intellect, reverence and naturalism. However, it would be as useless as decadent academia to fail to recognize that these are connected to hard politics, of the Machiavellian “RealPolitik” nature.

From this viewpoint, the conservatism of the New Right fails us. It has, in an effort to appeal to leftists, imbibed too much of the leftist idea of equality. While New Righters think they are immune because they apply this equality within a racial group, they are in fact walking down a path that leads to the left. This is nowhere clearer than in foreign policy.

It is popular among many moderates and even some American conservatives to embrace isolationism and suggest that Europe should go it alone; the other side of this coin is that among “white nationalists,” New Righters and pro-Europeans, there are many who feel America is a scourge and is guilty for its role in WWII and should be destroyed.

This is itself an offshoot of the tendency of people to want to blame external things, like other groups or social institutions, for what are failings of idea and individual caliber. America is not unique; it is an idea, and Europe is busily emulating it. That idea is democracy which was born in its modern form in France in 1789. Democracy insists we approach all notions with the preconception of equality among people. Practical reason says that most people are of degraded caliber, and without strong discipline, do what is selfish and of short-term value and then spend most of their time constructing elaborate justifications for their shallowness.

With that out of the way, we can turn to the question of practical politics and NATO. NATO was formed to offset the Eastern Bloc formed of Eastern European Communist countries and their allies, notably China and North Korea. You may have noticed those names in other wars; the US unofficially fought China (with Russian aid) in Viet Nam and directly in the Korean war. If history repeats itself, which it does because the underlying issues that caused past wars are still with us, the US is still at war with China and Russia. So is Europe, although they are slow to recognize it (under democracy, no idea is acceptable until it is digestible by the slowest people in the room).

These ideas are unpopular for many reasons. First in the West (meaning the USA, UK and Western Europe) there are many “useful idiots” who will believe the exact opposite of what is rational in order to be “different,” unique or to appear altruistic and pacifistic, which pleases the crowd and especially the ladies. Second, as said above, there are many who hate the USA for its role in WWI and WWII. Finally, people in general are selfish and lazy and would prefer to believe that no enemies exist so that they can go about their personal pursuits. Democracies are always the least prepared for war.

All of this denies the reason NATO still exists, which is that for those who will be held accountable if we are caught unprepared, the threats still exist out there. In addition to the varied terrorist groups who would like to destroy the West, the old spectre of Asia attacking the West via Asia’s Eurasian allies is always there. The Cold War was China and Russia united against the West; the next war will be the same, and the voices clamor to drown out that truth only because people are so afraid of that eventuality.

The sad fact that history teaches us is that Europe and Asia are part of the same landmass, with Eurasia in the middle. If we think about this practically, we can see that of those three groups only one can be truly stable and that is whichever one has dominated the others. The Chinese want to be this next superpower, and Russia hangs in the middle. Would she side with Europe, or with China? She cannot beat China, and so must be her ally, but may have a chance at rolling over Europe (again; people conveniently forget this) with superior numbers. Russia’s strategy will be as in the past to ally with Asia and avoid aggression there while nurturing her own designs on the wealthier countries of Western Europe.

Of course, that won’t work for Russia. China will only be happy when it has conquered both Europe and Eurasia. It will then wage genetic warfare against those populations in order to make them at least 50% Han Chinese, as it has done to all minority Asian groups it has encountered. This allows it to assimilate them. Russia in turn will find that even dominion over the West will not produce wealth; look how quickly the oil wealth of Russian fields has been squandered, and what wastelands were left behind by Russian occupation in Eastern Europe and the Middle East.

Our democracies are ruled by popular notions, including the idea that when a treaty is signed both the war and the reasons for its being are over, and that “peace” can exist without dominion. These are lies for the convenience of moral cowards. As we see our fellow useful idiot citizens protest NATO, it is vital to realize that these people are delusional in all that they do, and that NATO still serves a vital role, which is protecting the West against Asia and her Eurasian proxies in Russia.

Only one can rule the Eurosiberian landmass: Europe, Eurasia or Asia. For some reason, you will not see mention of this on the news; they specialize in dramatizing events after they occur, not warning us of big risks. But like the sun, this risk is still there even if we close our eyes as tightly as we can and wish it would go away with all our might.