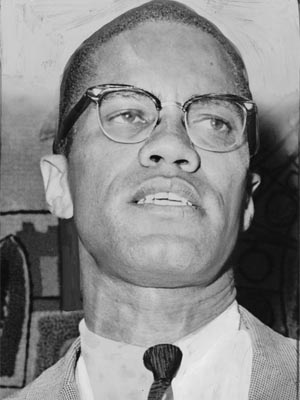 People get upset when we talk about globalism because they see it as inevitable. They know that our society, happy on the outside, is miserable within. And they know that it is spreading worldwide, and will not stop until it collapses.

Globalism was known to paleoconservatives as internationalism, or the idea that we are all citizens of the world. This world is based on scientific management, or finding the utilitarian solution that pleases the average and then forcing it onto everyone.

A few brave people have spoken out against this. They come from these doctrines:

Which of these do I pick?

There’s no way to argue that the deep ecologists are wrong. They know modern life for what it is: the “me first” of the individual creating giant groups dedicated to irresponsibility. Laws cannot curb this; only culture can.

Libertarians are saying something very similar, but they’re attacking it from a different angle. In their view, “managed” (bureaucratic, administrative, statist) societies always fail because they are unresponsive both in time of reaction and in their tendency to become inward-focused. The solution is to get rid of the State and let organic culture do the rest.

Anarcho-primitives are even farther out than the libertarians, but closer to the deep ecologists. In their view, our goals are misplaced. We don’t need more towering industry. We need better ways of life and more inner satisfaction.

What do these three have in common? Get rid of the power, and replace it with culture. Militarized police, government pamphlets, public education, UN committees and a complicit academia and industry cannot compete with values held in common. This type of deeply entrenched social system only emerges out of culture.

Culture cannot be manufactured by a government or environmental consortium. The result is that the state and the centralized power must be removed, and replaced with an organic or distributed and naturally-recurring type of values system.

In other words, if you want an option to globalism, you have only one, and that is nationalism. Nationalism means that every tribe on earth rules itself, by its own standards, without any one central “right way” being imposed upon them.

Not only does this provide for saner politics, but it gives each group a clear sense of standards in common, a clear identity that binds them to these standards, and through similar heritage and values, a comfortable place to grow and thrive — a far cry from the commerce-ridden, socially-crazed society we live in now.

“A race of people is like an individual man; until it uses its own talent, takes pride in its own history, expresses its own culture, affirms its own selfhood, it can never fulfill itself.” – Malcolm X

I’m a revolutionary white separatist, not a white supremacist. I don’t feel superior to any man because of the color of my skin but I understand that the Aryan people (making up only about eight percent of the world population) must have a separate land uninfluenced by other races or by the criminal government that occupies Washington D.C. I’m not naive enough to believe we can get it without a very bloody struggle. – John Baumgardner, Revolutionary Klansman

The enemy of nationalism is internationalism, or the idea that none of us get our own group, but we all become members of a mixed-race, cultureless, valueless society ruled by consumerism and a strong centralized Nanny State bureaucracy.

Nationalism is not racism; nationalism is cultural separation through ethnic group, which is a genetic record of culture.

Pan-nationalism, or world nationalism, is the idea that each ethnic-cultural group (joined by language, heritage and culture) deserves its own nation. Pan-nationalism suggests that no nationalist can afford to work only for his or her own tribe, but must realize that all tribes are joined in the same quest: to bring about a nationalist order on earth. Our enemy is not each other. Our enemy is the system of “modern society” that exploits us. Our goal is to re-structure modern society to keep its good aspects (technology) and weed out its destructive aspects. This is achieved by putting culture before commerce in every nation on earth, and our method of reaching this is Pan-Nationalism. – Pan-Nationalism

This is what every ethnic group wants: a common standard of values, customs, language, common sense, aesthetics and heritage.

This means each person knows what behavior is rewarded by the group, and how to be a good person.

The attempts of the internationalists to develop a “universal morality” have resulted in a permissiveness which makes for a miserable society.

Instead, we need a common social standard; to have that, we must have culture.

This has other benefits — with a common social standard, we can embark on effective environmental activity by making it part of our cultural values; without a cultural standard, we cannot have this, which is why “green activism” up until now has consisted in making rules that few obey and most ignore:

We believe that true ecological sustainability may require a rethinking of our values as a society. Present assumptions about economics, development, and the place of human beings in the natural order must be reevaluated. If we are to achieve ecological sustainability, Nature can no longer be viewed only as a commodity; it must be seen as a partner and model in all human enterprise.

We begin with the premise that life on Earth has entered its most precarious phase in history. We speak of threats not only to human life, but to the lives of all species of plants and animals, as well as the health and continued viability of the biosphere. It is the awareness of the present condition that primarily motivates our activities.

As our name suggests, we are influenced by the Deep Ecology Platform, which helps guide and inform our work. We believe that values other than market values must be recognized and given importance, and that Nature provides the ultimate measure by which to judge human endeavors. – Foundation for Deep Ecology

We either pick this future, or we have a dismal future of anarchic liberal politics and capitalist consumerist manipulation of our land, selves and communities.

from Recombinant Records. Parts of this post syndicated from our allies. Inspired by Plato.

Clarity | Return of the feudal nation