Return of the feudal nation 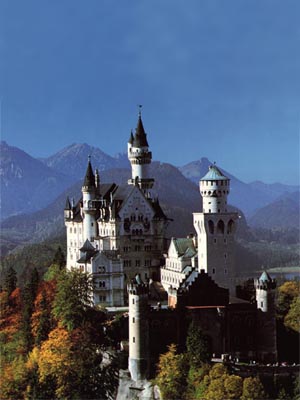 It took a little while to see what globalism would be like. Every act has two parts, after all: starting out, and then how the world reacts. You don’t know the definitive result until you see it.

Reminds me of when we were kids. If the skateboard’s fun by itself, watch what happens when we strap roman candles to it! Two hours later, sufficiently chastised by every authority figure and broke from replacing windows, we knew definitively.

Globalism is new, after all. It only really arose after WWII, when the internationalist movement realized that by allying themselves with Marxism lite, they could make a social impact more than political/military one. 1968 was the year of their triumph.

But the new movement never lost its internationalist roots. It was funded by international commerce, staffed with international billionaires and their children, and held together by an uneasy mating of the anarchist demand for unlimited rights, the socialist demand someone else pay for them, and the one working monetary system discovered so far, consumerism… it turns out that communism and capitalism may not be enemies, but best buddies, in a compromised form.

Over the next sixty years the globalists won one battle after another, surging forward on their promise of a new world order of greater prosperity, cheaper goods, low-cost third world labor, “progress,” better race relations and of course, more ethnic food in your city.

Once that horrific 20th century was over, we all breathed a sigh of relief. Are the dragons all dead? Communism swam in its own blood, which turned out to be ersatz Kool-Aide… the Nazis were dead and turned into neutered stereotypes… even the big corporations ran in fear of our antitrust swords.

All that was left was the invisible order of globalism that bound us together. Why, this isn’t a political system, it’s how we’ve always done things! Err… how we should have, or meant to.

With the most recent economic crisis, we got a small inoculation of disaster, but more importantly, we saw the archetype of globalism:

People shrug and ask, “But what’s our alternative?”

They don’t realize that, historically, globalism is the alternative; everything else worked by a series of tried and true methods that we have now made politically unacceptable.

While their media-befuddled and wine-in-a-box addled brains try to grasp that one, let’s turn to the news. Here’s an interesting one:

The news that the Indian Army is preparing to set up a new strike corps tasked with attacking targets in China in the event of a war between the two neighbours marks a bold escalation in Indiaâ€™s attempts to balance against China militarily and to assert control over its Himalayan possessions.

Chinaâ€™s defeat of India in the 1962 border conflict left behind a conceptual legacy of one-way traffic in the disputed areas of the Himalayas, and a sense that India would henceforth be the party on the back foot. Indeed, this has often been the case on the ground, with Indian allegations about Chinese incursions across the Line of Actual Control (LoAC) never really drying up, but with India lacking the resources to do very much about them. Just this month, there were Indian media reports of Chinese military construction on Indiaâ€™s side of the line in Ladakh (known as Aksai Chin by the Chinese). – The Diplomat

India and China have been at each others’ necks because if you’re a big fellow, you need to keep an eye on other big fellows — they want to take your place in the pecking order. This is part of Social Darwinism and it applies to nations just as much as dudes in prison, corporate executives, kvetchy housewives, or nation-states, in a process we call RealPolitik.

China has also been sponsoring India’s not so good buddy, which is Pakistan.

Most people have forgotten this but the population of Pakistan is mostly Indian — mostly as in Pakistan is where the British segregated the Indian Muslims. India was invaded by Muslims some time ago, and this created a group of mixed ethnicity which supports a religion incompatible with the dominant Hindu-Buddhist axis. So the British, not wanting to administrate over constant conflict, separated as many as they could. Yet there are still enough Muslims in India to be causing problems, not because they’re Muslims, but because diversity never works.

Pakistan was a hack to try to get around the diversity that wracked India with constant violence. Now China is supporting Pakistan as a means of getting to India, and India is retaliating. The problem is that they may be ready to commit entire nation-states to war over a relatively small piece of territory.

One solution can be found elsewhere:

A small town in central Italy has declared its independence and started to print its own banknotes.

The authorities in Filettino, 100km (70 miles) east of Rome, are protesting against austerity measures.

It has only 550 inhabitants and under new rules aimed at cutting local administration costs it will be forced to merge with neighbouring Trevi.

Town mayor Luca Sellari, who stands to lose his job because of the eurozone crisis, came up with the idea.

He created his own currency, called the Fiorito. Banknotes have his head on the back, and they are already being used in local shops and being bought as souvenirs by tourists who have started to throng the normally quiet streets. – BBC

So we’re going back to a kind of feudal order here, where each town says to its overlords, “You know what — you guys take care of regional defense, and we’ll manage financially. Our currency is backed by the value of the product of our town.”

In turn, the town is going to expect to make more local regulations. If Rome cuts funding for libraries, fine, stop paying taxes to Rome for libraries and then raise local funds to do it. The 2% of your tax bill is the same amount of money whether taxed locally or by a central government.

Local cities have a decent advantage over big nation-states when it comes to politics. They don’t necessarily have a declared allegiance. If the Chinese want to invade, the town can shrug it off and decide not to resist.

Then in turn they can continue to live as they have, which befuddles the Chinese, who don’t actually hold the land unless they have people loyal to them occupying it. On paper, in our magical world of laws and politics, they may possess it, but that’s not the point. Who lives there?

We underwent a big change in the latter half of the 20th century. With the rise of globalism, we began writing more rules and relying less on flexible things like common sense, culture, religion, values and critical independent thinking. Those are not universal and uniform; we can’t drill them into the heads of a random selection of 10,000 consumers and make a new suburb out of them.

Our worlds are fundamentally schizoid, split between halves of the brain:

Interestingly, it has been found that individuals predominantly perceive vertical motion when the distance between the four squares is equal and observers fixate at the centre of the quartet. Due to the organization of the visual system, visual information has to be integrated across the two hemispheres for horizontal apparent motion, whereas vertical apparent motion is processed only within the respective contralateral hemispheres. This explains the prevalence of vertical motion perception because the transfer across hemispheres takes longer than intra-hemispheric communication. However, “there are large inter-individual differences in this prevalence,” adds Erhan GenÃ§, who conducted the study in collaboration with Johanna Bergmann, Wolf Singer and Axel Kohler. “Our goal was therefore to examine whether these perceptual differences are due to differences in microstructural properties of the corpus callosum, the fibre system that connects the two cerebral hemispheres.” – Science Daily

Of the two brain halves, one must be dominant. That one must then instruct the other through language: rules and regulations.

This is how we remember what we’re trying to do and what we think of life. We can’t afford to store a complex series of contrasting memories; instead, we remember our conclusion. Get the yogurt with the red label, not the blue. Take Mount Cagado street, not Micturie Lake street. Got it.

In life, as in our brains, the dominant-receptive drama plays out endlessly. Our dominant side wants to formalize human politics, and make those borders we draw on the map into real entities backed by hordes of armed troops. The other side resists.

Another path exists. Instead of playing this game of ping-pong with concepts in our minds, we could just pay attention to reality. The old order — nationalist, feudal, religious, with traditions, culture and a caste system with social roles — worked better. In it the two halves were unified.