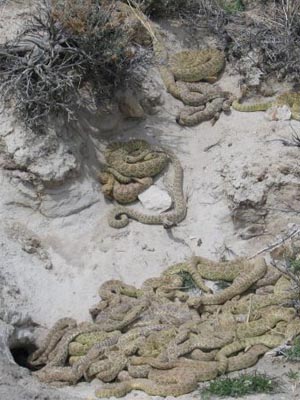 Scarcity makes value. Gold, for example, is not dirt. If it were, it wouldn’t be valuable, even though it is shiny and has some nifty electrical properties. Diamonds, if they were common rocks, would not be valuable.

But enough of objects. We have scarcer things: moments of “meaning” that make us feel life is all worth living, come what may; and moments of clarity, when whatever has seized our focus becomes clear to us.

A moment of clarity is not just a flash in the pan. It is a moment when your brain, aware of each and every option, finds the only solution that matches all of your needs.

It is not ignoring other options — it is having figured out where they were wrong. “Open-mindedness” only works for the first part of a task. At some point, you must choose, and stand by your decision.

If you don’t do that, time will force you into a default decision.

Enough of that — I had a dream last night, in which the words AMERIKA.ORG were emblazoned across buses, on giant freeway signs, even the Goodyear blimp. People were talking about this site in cafes and bars.

On the surface, did it matter? Money poured in, fame, and everyone was reading the blog. No blog could be more influential. Clearly, in a socio-economic sense, I had “succeeded.”

Even in a social sense, I had triumphed. People bought me drinks; ladies said hello and slipped me their numbers; I was feted in all of the hot-spots and trend-setter places across town.

But the dream turned cold. I saw myself at the head of a large audience, and I was preaching. But I was preaching what they wanted to hear, and in the darkest corners of my mind, I knew I was misleading them.

They trusted me, and however indirectly, I lied to them. This was a dream of very slow murder, very subtle evil, very pervasive failings. I awoke glad to be free of this vision of hell.

On the surface, all was well. But when your inner knowledge does not align with what you are doing, you have given up your “soul,” which as ill-defined as it is, we seem to all believe in it.

If this blog decided to endorse mainstream conservatism, mainstream liberalism, or even “underground” quasi-nationalism and racial strife, we might be that famous. We would be manipulating people.

Because when I die I’ll have nothing but my sense of a fair trade, my life for death, I will instead make crystal clear what this blog is about:

In the process of seeking these things, I think we need to be honest about all things.

That includes the knowledge that the forces of destruction — it’s a psychology of narcissism turned into a mob mentality, not a specific group — want you at each others’ throats.

Anger will eat you and turn you isolated, then narcissistic, and then you will lose sight of all that you love. Racism is a form of anger that turns you against the world.

Racism requires that you embark on a quest with no clear purpose and no end. If you want to harm other ethnic groups, you have missed the point that diversity is what ails both your group and theirs.

In addition, spending your time on this anger will destroy your ability to marvel at, enjoy and participate in the world. You will become isolated and, not trusting yourself, will become fanatical.

This blog will never be emblazoned on the sides of buses, written in the sky, or as popular as reality TV shows. But it will always strive to deliver clarity and drive away manipulation.

A Totem Pole for Our Time | Nationalists unite