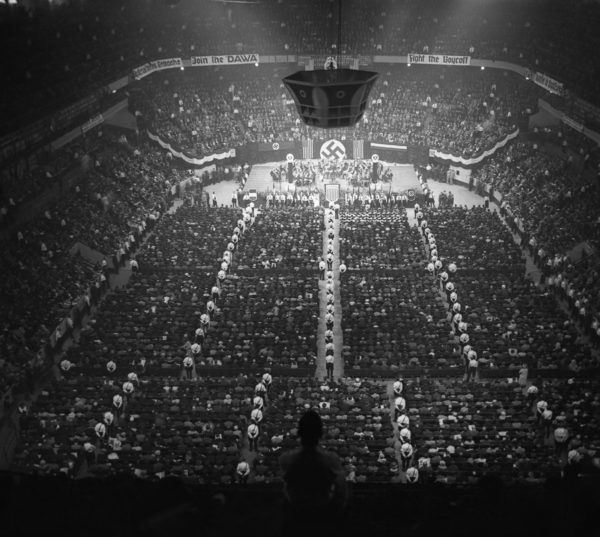 The two major threats to conservatism are religion and racialism, not because they are bad, but because they will be incorrectly implemented and thus lead us down rabbit trails to failure. These pillars are one of many, but in the hands of the emotionally incontinent, they become the sole focus, and thus the bigger point is missed.

In the current year, we face a struggle for our existence. If we continue down the path of the last few hundred years, we destroy ourselves through slow erosion of all that makes us what we are. If we leave that path, we must pick a path that is both sufficiently different and holds true to what we have learned over the past 6,000 years.

Our greatest threat in this question is that we will replace the goal of leaving that path with one of the lesser tasks that are a means-to-an-end of that goal.

In other words, racism becomes a crutch for not having an answer to the problem of civilization restoration, and it becomes proportionately fanatical to how much remains undetermined in that restoration. This leads to it adopting aspects of a cult: actual solutions are ignored, symbolic solutions adopted, and only those who acknowledge this reality-replacing outlook are accepted.

This leads to utter travesties like the recent murder in New York:

Overcome by hate, police said Jackson admitted he took a bus from Maryland to Manhattan last week for one reason — to kill black men.

â€œItâ€™s well over 10 years heâ€™s been harboring these feelings of hate towards male blacks,â€ NYPD Chief of Manhattan South Detectives William Aubry said this past Wednesday.

…â€œI had been thinking about it for a long time, for the past couple of years,â€ he said. â€œI figured I would end up getting shot by police, kill myself, or end up in jail.â€

White Nationalism focuses on a single attribute of the problem and turns it into a religion, which in turn leads to an unhealthy fixation on enemies who are symptoms and not causes of our decline. This can only end one way: through attrition warfare.

It is not, as the Left says, that people like James Harris Jackson are bad or stupid. In fact, they tend to be more intelligent and generous than on average. However, they have convinced themselves that the solution is race war, because through the fallacy of White Nationalism, they have come to believe that they can put a band-aid on a gaping wound.

It makes more sense to admit what has been lost. Western Civilization has collapsed again. You should burn your American flag, throw away any patriotism that is remaining, and remove the concept of identities in our modern societies. All that exists is Western Civilization, strewn across multiple nation-states and surrounded by Others who wish to destroy it. White Nationalism cannot resurrect it. 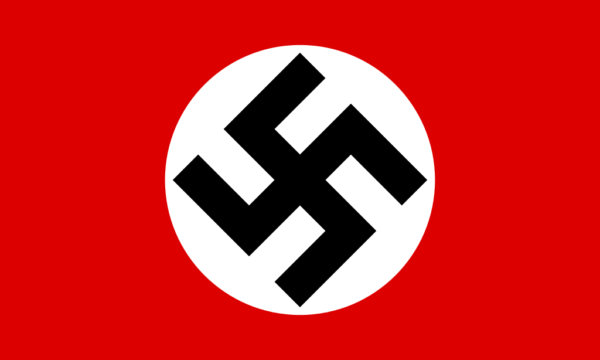 The problem is not blacks; it is us. We chose individualism, became egomanics, and chose systems like democracy so that our egos were not challenged by reality. This in turn made us weak, and in the name of protecting the least successful among us, we made weakness into a virtue. It is no surprise our society is failing; the pretense of human altruism has infested it like AIDS.

We can see a similar attack in Sweden, where again someone confuses removing a symptom for making a healthier state out of the whole of civilization:

The incident occurred in the Swedish capital of Stockholm over the weekend. The Swedish man, who has not been named by media or the police, is said to have approached the Muslim women who were wearing Islamic veils on a train while he was eating bacon and dangled the bacon in front of their faces, Swedish broadcaster SVT reports.

According to the report, the women got up to find seating elsewhere and the man followed them with his bacon. He is alleged to have called them derogatory names and made racist comments, though neither the police nor the court has specified what was said during the incident.

The prosecutors allege he then used racial epithets on another woman in the train station after getting off the train. He faces charges of incitement to racial hatred.

Obviously he should not be persecuted because any society where people cannot handle disagreement to their faces is a society dying through lack of fortitude. The ability to disagree and harass each other is part of the essential economy of ideas to any human group. While he is not wrong to do this, he also has missed the point.

The problem is not Islam; it is us. We chose individualism, and it manifested in class warfare, which led to diversity. Currently diversity is one of our enemies because it is paradoxical in logic and can never work, yet most of the voters get dewy-eyed and think it is a good idea, so they pound that button again and again. The problem is us.

Because our society is dying, groups from all over the world flock here to take advantage of the giveaway. It’s like a fire sale: we are collapsing, so have some social welfare and good feelings, because those keep the voters in happy oblivion so they keep going to working, shopping and consuming media.

We could get rid of the problem of diversity overnight by eliminating those giveaways in the form of social benefits, entitlements and civil rights programs. We would then still face the problem of having to rebirth our society, cutting away the bad and nurturing the good.

Even the best possible Other, such as the high IQ and well-behaved Japanese, is not welcome here. Do you get it, yet? Diversity is replacement with a mixed-race group, which means your culture and ideals are destroyed. In fact, you do not remain, because that which replaces you thinks differently. It is genocide.

Diversity is doom because even those “good” minorities work against you because it is in their self-interest to conquer you. Witness this “model minority” judge working in favor of low-IQ third world immigrants:

Cautioning that â€œthe rule of law is being challenged,â€ California Chief Justice Tani Cantil-Sakauye on Monday urged the state to â€œpersevere in our values in times of upheavalâ€ to protect equality and diversity.

â€œWe must remember our past, both good and bad, to fight the forces of fear and prejudice,â€ Cantil-Sakauye said during her annual State of the Judiciary address to the Legislature. She contrasted a 2013 law allowing undocumented lawyers to practice in California with the World War II internment of more than 120,000 Japanese Americans, including her in-laws, who were in attendance at the speech.

White Nationalism also compels people to step back from seeing this broader issue, and the even broader issue of the collapse of Western Civilization, and instead to offer them an easy answer like the salesman promising that his cleaning product can “erase even the stubbornest of stains.” He wants you to fixate on the symbol, and forget the real challenge before you.

We do not need a movement that concludes that our problem is limited to race, and our solution is limited to racial discrimination. Of course the other must go back to their homelands; this is not rocket science and has become flamingly apparent over the past weeks. But we need more. If we stop at race alone, we miss the real goal that stands before us, and become bigots in the process.

Nationalism presents a better principle than White Nationalism. Nationalism simply says that nations are formed of ethnic groups. This means that we can have a Western European nation, but not a mixed Western/Southern/Eastern one. Instead, we need to reserve the right to separation for ourselves by guaranteeing it for all ethnic groups.

Contrast this to White Nationalism. For WN, the other races are the enemy; for nationalists, the policy of internationalism, also called diversity and multiculturalism, is the enemy. The solution is not to harm others, but to strengthen ourselves, in part by sending everyone else home and then by asserting our own standards as iron, immutable law.

Robert Bentley: The Garbage Rolls Out With The Tide | Diversity Is Colonialism