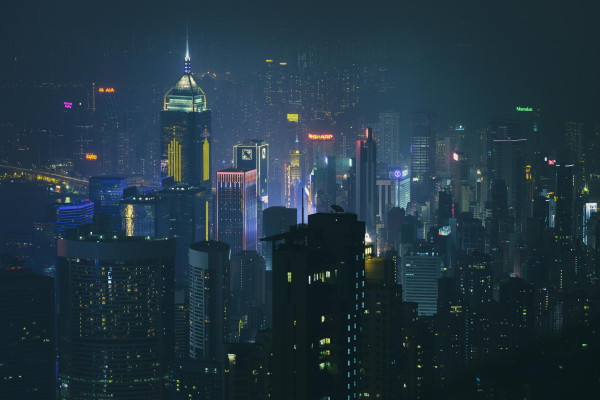 Humans are suicidal. They will, out of fear for consequences, deny obvious facets of reality and so choose illusory paths that lead to destructive consequences. Out of stubborn pride we refuse time and again to see the plainly evident and choose ideologies and other pretenses because it takes hard, brave mental work to study the world and act on it.

Our political sphere like the social world reflects uncountable voices, each shouting its self-importance with a new theory that essential constitutes a justification for avoiding a hard look at reality and how it mediates consequences to our actions. People want to put themselves first and reality second, and so they light little bombs which smoulder and then randomly detonate, creating utter social chaos.

Nowhere can this be seen more clearly than in the national question, or the series of notions that determine how we constitute a population or nation. Amidst a flood of constant mental spam from people asserting their self-importance, the hive detours to a few simple extremes because these are the only points of view which can be clearly perceived. As with all mobs, that which is easily understood and thus can form a basis for social alignment with others quickly crowds out any more complex thought.

With the national question, we have two major viewpoints: (1) diversity and (2) racism. The diversity side suggests that people are individuals first and that nationality, race and ethnicity are inconsequential surface adornments. Diversity seeks superiority among individuals through a competition in which those who make the most money come out on top and create a new hierarchy among a grey race of people with no clear cultural identity. Racism asserts the superiority of all individuals in a group, which in turn lowers the internal quality controls of that group and creates a destroyed race of average people. These two extremes divide the spectrum of thought and block out awareness of any other options.

Those of us who seek solutions instead of social poses gravitate toward nationalism, which is a path between the two. In a nationalist society, each race, tribe or ethny has its own space and serves as the agent own self-determination. Government, police and institutions are staffed by members of that group and by excluding others it ensures that its decisions belong to it alone and it can never call another group “oppressor” or “slave.” It also enables internal hierarchy such as caste, class and competition beyond simply who works the most hours, sells the most crass product, or has the greatest popular appeal for a sex tape.

Nationalism represents the only logical choice. Its methods are purely logical, like those of science and philosophy, and leave aside the self-important quest for uniqueness of the individual, but permit the individual to be recognized for who he or she is at the most fundamental level: character, ability and personality. It finds its basis in identity, or the ability to look at the national group and say that as an individual, one is from this line and upholds its cultural values.

Identity unites the past to the future and provides a standard that government and police cannot, which is accepted behavior which is specific to this group. Identity shows the pure logic of an organic approach in which humans do not organize themselves around rules and institutions, but instead use instinct to refine their awareness of the world through culture and shared values. Without heritage uniting the group, this perishes, as they can no longer point to themselves as a distinguishable group. More than a flag or system of law can ever affirm, identity shows us as an organic whole.

What I personally enjoy about nationalism is that it makes me the enemy of no one. I do not need to detest members of other groups to assert my own; I do not require mucking about with issues of superiority and inferiority to assert the self-interest of my group as contiguous with my own. I can in fact befriend and love members of other groups without insisting that I move them onto my block and miscegenate with members of their tribe to feel the apocryphal “one-ness” that modern people always seem to seek but never find. I can admire what they do and borrow from it, as they will from me, but this does not take away from their culture as it does under diversity, where these things are all they have to show that they have a culture. I can nod and smile when people bring up the genetic differences between groups resulting in different abilities — a fact which is apparent and well-documented, not only between races but ethnic groups, social classes and where still preserved, social castes — but totally ignore as irrelevant. When I have my group and my identity, the fact that others do as well is a welcome friend, not a potential enemy.

Nationalism has other advantages. With a mixed-race group, no cultural standards exist except those handed down by government and media, two of the groups historically most likely to be corrupt throughout human history. Less enforcement of laws is needed because people generally follow cultural norms in order to be seen as good people by their neighbors. Under diversity, those cultural norms are destroyed, and what takes their place is “whatever you can get away with, is good.” Have fun but do not get caught. Government serves as the only setter and enforcer of law so whatever it does not catch is assumed to be acceptable. This creates a steady race downward where more crimes are committed and so fewer are caught because society will not expand its police resources. It is no surprise that most third-world nations are mixed-race or the grey remnants of those original groups.

If, like me, you would prefer to live in a society that is not self-destructive, alienated and “competitive” in a way that rewards the obedient and trivial and ignores the truthful and insightful, you will find the social order of nationalism far superior to what diversity can offer. This also allows you to avoid the prolonged temper tantrum that racism engenders, and to get out of the useless circle of shuttling back and forth between opposite extremes only to find your society collapsed in the meantime. Where diversity and racism have both failed, nationalism triumphs.

The divide between white and black is mental and complete | Caucasian Students Get Bullied Most, But African-Americans Are Bullied More By Other Minorities