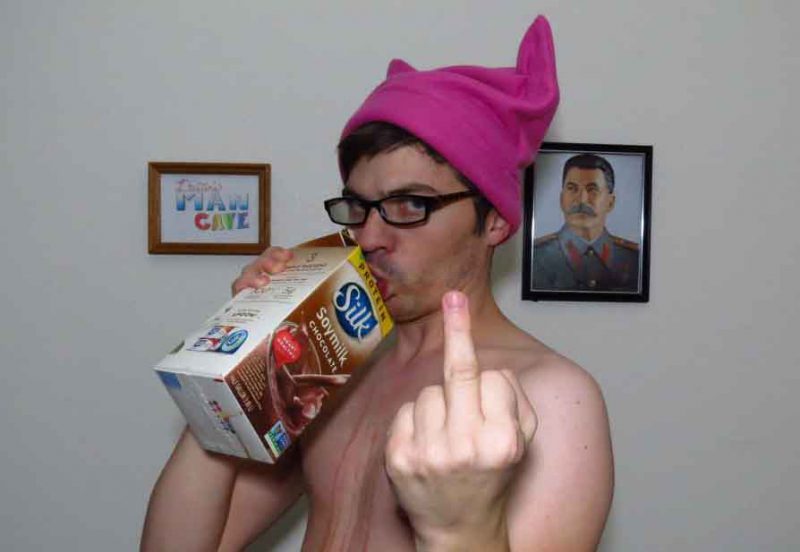 Anytime something fails, the blame game begins. Each clever monkey (sorry… human being) attempts to deflect from their own failings and find a scapegoat so that the individual can continue in its error without having to self-criticize.

As a result, now that we see how modern society has ended on a path to totalitarian third-world dystopia, a cornucopia of potential reasons for our failure are floating up out of the peanut gallery. Most serve merely to excuse the obvious and implicate that which would stop the obvious from continuing its grim work.

If we take a more practical view, the cause of our failure is obvious. Most civilizations fail in the early stages, become unstable, and revert to third-world mixed-race dystopias. We beat that stage and went further than any others, but then lost our sense of purpose because we had achieved what we set out to do.

In this way, success means failure, because to beat one level is to encounter another, and unless one is prepared, people revert to the same old monkey behaviors, namely being narcissistic and selfish. In the West, this created a market for intellectuals to justify such behavior, which brought about The Enlightenment.™

Most do not want to see this, but the main driver of our decline was the middle classes, who now that society was stable wanted to exploit that for personal gain. They were clever enough to see opportunity, but not intelligent enough to realize that this opportunity was contingent upon a social order that exploitation of that opportunity would destroy.

Being clever little monkeys, the middle classes employed neurotic upper-class intellectuals and a vast army of impoverished serfs as their means of displacing the aristocracy and setting up libertarian-style societies where whoever had the money made the rules.

As it turns out, this backfires, because it creates instability and that encourages further revolution and breakdown. The middle classes just kept trucking by being focused on personal success, even though it meant the destruction of the civilization around them and eventually, doom for their descendants.

This led us into egalitarianism, which took us to the French Revolution, and we have been fighting over which flavor of equality-driven State we want for the past two centuries. That momentum produced the world wars, Cold War, 1960s revolts, and now, the neo-Communist Regime that wants to genetically destroy us.

Narcissism arises in people who are either low intelligence or have blinded themselves to reality through a sense of victimhood. It consists of both self-worship (egotism) and paranoia, or a sense that the world is directed at us. One young Leftist activist gave us a portrait of narcissism in her own words:

For me, narcissism describes a tendency to imagine myself at the centre. To imagine that the people in my life are doing things to me, and events are occurring because of me…It’s a terrible way to live. I still scan for threats, but more and more I catch myself doing it.

When humans lack purpose, they no longer have something for which they will gladly sacrifice; instead, they fall into a defensive mode, focused on having and retaining as much as they can for themselves because they see the world as a predator and competition. They become bigoted against life itself.

This fatalism goes hand-in-hand with self-worship because, if there is nothing greater than the self, any sacrifice is a loss, not part of a process of gaining meaning in one’s life. This defensive attitude makes people skeptical of the very things that will save them, namely connection to a larger order than the self.

Our civilization continues to fail because we have legitimized and encouraged narcissism through egalitarianism, which basically says that you lose no social points for acting in an illusory way, i.e. misunderstanding the world. It discourages understanding and encourages navel-gazing personal drama.

As the scales fall from our eyes, and we turn on those Revolutionary ideas which have guided us most intensely over the past seventy years, we will also discard the trappings of narcissism, because it does not bring pleasure or meaning, only a constant fear and self-worship that brings no peace.

If The Left Will Not Let Us Build The Wall, We Can Always Mine The Border | Jurassic Park (1993)