The pathology of a mob

What are the most lethal predators we face? Not the lion, great white shark and tiger — the scary ones are the ones we cannot see. 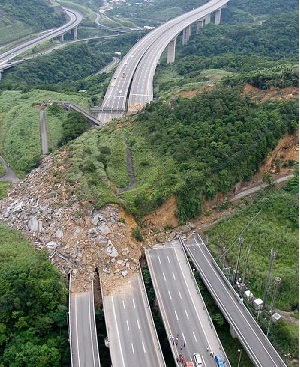 Disease infects silently and we cannot see it or fight it. We have to trust our immune systems and hope for the best.

The most lethal diseases are the ones that use our own defenses against us. Cancer; Alzheimer’s; AIDS. They subvert us from within.

In the same way, all civilizations face a process called Crowdism by which they are turned against themselves. Crowdism is always fatal; or at least, it converts prosperous, free societies into disorganized kleptocratic ones.

The basic principle of Crowdism is that the selfishness of the individual, in demanding that as few restrictions as possible be placed upon them, causes them to bond together with others and demand this right for all.

The people drawn to this type of activity are those who are dissatisfied and feel out of step with social standards. They are not extreme political ideologues, but rather extreme personal activists: they want no oversight of what they do and for society to continue to tolerate them despite their deviation from its values or the values of its majority.

They demand total “equality” and total “freedom” so that no matter how much they fail, they are accepted and others are obligated to take care of them, provide them services and eventually, provide them sustenance. Whether they’re useful in any capacity or not is beside the point, because we’re not talking in the cold cause/effect logic of getting things done here. We’re talking morality.

Crowdists work by assimilation because their demands are open-ended. This is the strength of the Crowd: it is not an individual demanding subsidized unlimited freedom, but a Crowd of people demanding it for everyone. This kind of passive-aggressive ploy makes it difficult to counterattack, because then they respond with, “Well why don’t you want ‘freedom’ for everyone?”

Their definition of freedom is flawed because it, too, is open-ended. Freedom from what? From everything. From anyone who knows better.

Their assimilation proceeds because like any other mob, they wander around looking for people who don’t agree. They then challenge these people and when said people don’t agree with their demands, the mob claims it is the victim, and attacks viciously.

With this process Crowdists destroy dissenters in layers, starting with the most committed to opposition, and moving outward toward those who simply do not fully agree with the Crowd.

Although all liberal movements are Crowdist, not all Crowdists are liberals. Crowdism can infest any society, any group, and any religion or philosophy. As soon as one person starts pandering to the open-ended abyss of what people want to think and want to hear, instead of what is realistic, Crowdism takes over and assimilates or destroys everyone involved.

Of course, to anyone who thinks on these topics for more than twenty seconds, the above are clearly logical fallacies.

We like to think that we enlightened monkeys take a look at life, think really hard, and then come up with an ideology to match.

The converse is true. We do what we want, then invent some voodoo word salad to justify it.

For this reason, it is important to carefully analyze the implications of human behaviors more than the ideologies behind them as worded.

In a mob, no individual stands out, so the group can make a demand without fear of reprisal. They feel united against anyone who is not in the mob, and know that if that person fights back, the mob will crush them.

Any person who has power will avoid a mob. They have other means of getting done what they need getting done. If there is something objectionable, they change it by building something better that naturally subverts the bad thing. They worry less about the little things in life and focus more on the big picture.

Mobs by the fact of their existence are ready for something to set them off. They don’t care how important it is. They are united by a negative philosophy, which is that if they’re all equal, and yet they’re not succeeding as well as others, there must be a Satan somewhere that’s oppressing them. As a result, mobs go in search of enemies, not solutions.

It is an ever-opening battlefield: the demand for everything to be assimilated into that which is convenient for the low self-esteem individual. And this is what bonds them together. They are underconfident about their abilities, their place in life, or even their ability to socialize. So they join with others who are having a tough time, and together they agree that it’s not their fault and they deserve more. Strength of numbers does the rest.

They fool most people by advancing simple but baffling concepts: all choices are personal (consequences outside the individual don’t exist). Objective reality and standards don’t exist. There is no purpose to life or any particular society. We’re all the same inside and deserve the same things.

But these ideas form a cancer which destroys society from within. When everyone is equal, no one strives. When we cannot criticize bad behavior even if it’s personal, bad behavior becomes the norm. When we pander to pleasant illusions and not reality, our society becomes delusional. When we give up on the idea of purpose, adaptation to objective reality, or a consensus of shared values, our society falls apart.

They hide behind whatever pretense they can find and tell us we are the ignorant ones for insisting the world exists and has consistent rules, and that our ancestors figured those rules out and built a great society out of them. They hate the idea that any one person can be smarter or more disciplined than another, so in place of intelligence, wisdom and discipline they substitute “working hard” or spending more time in offices.

It is hard to assault the passive-aggressive unless you invert their attack. Practice saying “It is impossible to say that there is no such thing as objective truth without in so doing presupposing objective criteria for the application of terms.”

Practice pointing out that if we have equality, we have entropy, because there’s no point in striving for anything but personal gratification. And how many videogames can you play, porns can you watch, bongs can you smoke, sluts can you poke, etc. before you zone out from boredom? We as individuals are not as fascinating as we’d like to think.

Also remind them that they are the ultimate in shallowness. With equality comes no distinction between people but the shallow: how you dress, what memes you repeat, what you own and your position in a social group. These things have zero importance in reality except that other humans react to them, in an increasing cycle the more Crowdism gains hold.

Do you ever wonder why our world is awash in hipsters, salesmen, actors, prostitutes and vagrants, but it’s hard to find an honest person? Our political system disincentivizes honesty and using cause/effect logic to find solutions to problems.

Above I said that all liberals are Crowdists, but not all Crowdists are liberals. The difference in mentality between liberal and conservative underlies the distinction between Crowdism and that which came before it.

Originally, of course, politics was just discussion of issues. There were not two sides because it was assumed that everyone worked within the system. With the rise of liberalism and the revolution in France, we got the left/right divide.

A few insights into this division:

In a new study, UNL researchers measured both liberals’ and conservatives’ reaction to “gaze cues” — a person’s tendency to shift attention in a direction consistent with another person’s eye movements, even if it’s irrelevant to their current task — and found big differences between the two groups.

Liberals responded strongly to the prompts, consistently moving their attention in the direction suggested to them by a face on a computer screen. Conservatives, on the other hand, did not. – Science Daily

Conservatives respond to nature, an organic whole, a collective, an abstract purpose or system of law.

Liberals respond to social cues and their effect on the individual.

This is why we say that Conservatism isn’t an ideology so much as an aggregate; it is a collection of ideas that have been time-proven through history.

Liberalism, on the other hand, is an ideology because it has one central concept (equality/freedom) around which every other aspect of liberal thought is organized.

â€œLiberals see their faith as something that fills them up and, without it, they conjure up metaphors of emptiness, depletion and scarcity,â€ McAdams said. â€œWhile conservatives worry about societal collapse, liberals worry about a world without deep feelings and intense experiences.â€ – Science Daily

Liberals worry about personal experience, or feelings, emotions, perceptions and appearance. They are not worried about consequences.

Conservatives worry about us getting deluded inside our big heads and therefore paying too much attention to the shallow surface, thus causing future consequences that break the design of our society or our selves.

When you see an expert destroy a fourteen story building with just two pounds of explosives by putting those explosives in key structural load-bearing points, you can see why the conservative fears are justified.

Haidt argues that human morality is a cultural construction built on top of — and constrained by — a small set of evolved psychological systems. He presents evidence that political liberals rely primarily on two of these systems, involving emotional sensitivities to harm and fairness. Conservatives, however, construct their moral understandings on those two systems plus three others, which involve emotional sensitivities to in-group boundaries, authority and spiritual purity. “We all start off with the same evolved moral capacities,” says Haidt, “but then we each learn only a subset of the available human virtues and values. We often end up demonizing people with different political ideologies because of our inability to appreciate the moral motives operating on the other side of a conflict.” – Science Daily

Liberals are worried about personal harm and personal fairness.

Conservatives interpret harm and fairness in the organic sense of the whole, which also requires sensitivity to allegiance to consensus (in-group boundaries), structure (authority) and design (spiritual purity, also an analogue for philosophical unity)

We can show how history split in 1789, with one side staying true to what was known, and the other side launching themselves into the shallow ideology of Crowdism by which they demand feelings, appearances, pandering and illusions for each individual but demand also to ignore consequences to the whole (and by extension, future individuals).

One concept the citizens of democracies haven’t awakened to yet: for any kind of actual freedom, you need a functional society, and that requires trampling on some individual rights to keep the social order from breaking.

Another: equality of ability is a myth. But the greatest equality may be that each person has a position which fits their abilities, so they are never made to feel insufficient by tackling things that are beyond them or below them.

Like a cancer, this illogic slowly assimilates our good cells and replaces them with zombie cells that know nothing but their own need, and so they eat recklessly, eating away the structure of the civilization until all turns equally into wreckage.