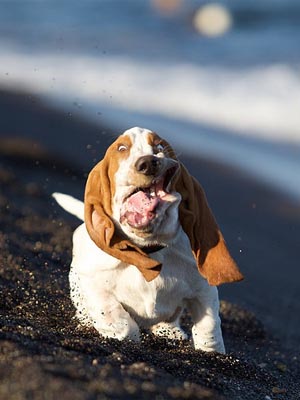 A problem lurks within us. It stalks us as we sleep, work and play. It is not us; no, but it hides among us. It’s a small group of people who are destroying everything we love.

They consider themselves above us. An ivory-tower elite, they scorn our daily struggles. Then, with one hand busy flaunting their own supposed superiority, the other occupies itself with destroying the very fabric of our civilization.

How could they do this now? We have finally crawled past the dark ages of religious wars, inequality, hatred, robber-barons and superstition. We are finally free! But these people want to be the worm in paradise.

In short, if it’s good, they wish to destroy it.

High IQ linked to drug use

A new British study finds children with high IQs are more likely to use drugs as adults than people who score low on IQ tests as children. The data come from the 1970 British Cohort Study, which has been following thousands of people over decades. The kids’ IQs were tested at the ages of 5, 10 and 16. The study also asked about drug use and looked at education and other socioeconomic factors. Then when participants turned 30, they were asked whether they had used drugs such as marijuana, cocaine and heroin in the past year. – CNN

A different kind of 1% rears its ugly head here. This is the 1% who cause most of the drug use, crime, theory and horror among humanity. These are the people who think they know better, because — well, because of what, exactly? A number on a piece of paper. Great.

For that number on a piece of paper, they’ve been enslaving us for centuries. Taking drugs, coming up with theories, destroying our economy or maybe even worse, sending us off to wars. While we keep breeding and producing more enlightened citizens, the intelligent are trying to destroy us.

A quick look at history confirms this. Most serial killers are smarter than average. Most smart people are drug users. Drug users and serial killers destroy civilization. Hitler was also smart. You know who else was smart? The unabomber. The guy who invented dynamite. The guys who made the nuclear bombs.

Now, don’t worry. Just because you take a shipload of drugs does not mean you are smart, thankfully. This study only says that smart people — the people destroying our society — are inclined to also take a giant raft of drugs. Go ahead and take drugs; that’s not a problem. But fear the intelligent; they are doom.

If we, the 99%, have learned anything, it is that intelligence kills. It takes a happy group of people (admittedly without much purpose, but we’re happy) and forces them into grandiose plans like law and order, civilization, and learning. Even absurdities like making fire and leaving the cave in winter.

Don’t trust the 1%. The intelligent have always been our misfortune. Do whatever you can to bring everyone to a nice, comfortable, equal level of IQ. Maybe around 110 is appropriate. That’s the point where the thesis of this article starts sounding like a good idea.

Morality | Wealth and the debt culture