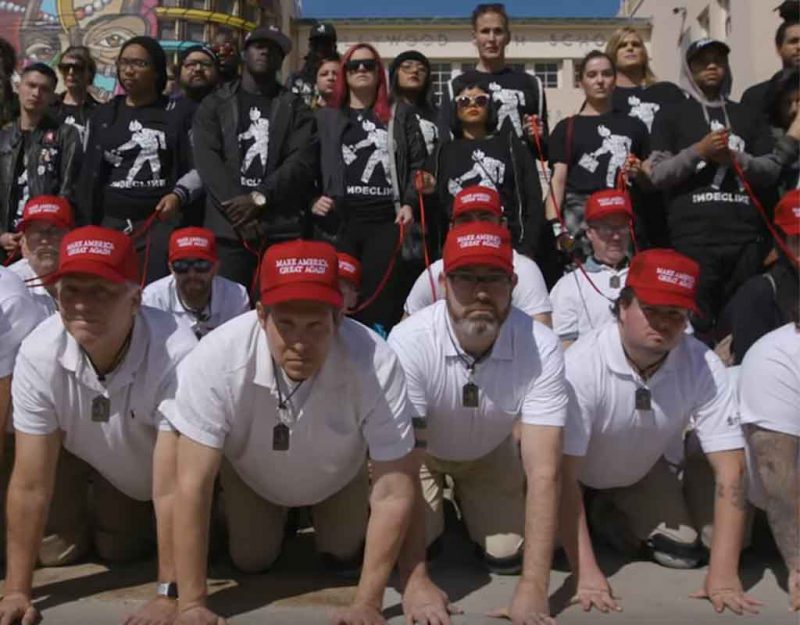 Those who have read Amerika for some time have attained familiarity with our idea of deportation to Venezuela, namely the notion that Leftists love diversity, ethnic food, socialism, and individualistic quasi-anarchy, and they can find this best in their last little experiment in pathological egalitarianism, Venezuela.

In this sense, not only is sending Leftists to Venezuela a case of turnabout is fair play, but it is also simply the fulfillment of their dreams. In Venezuela they will have everything that they demand here, and the only difference is that we will not be paying for it.

If America lost 40% of its population, it would return to a healthy 180 million people, which means a far sparser and more open civilization than can be achieved with 320 million. Not only would there be more parking, but it would be a land of opportunity again, instead of a cluttered and suffocating mass of thronging humanity like Europe.

People like to say, “No good deed goes unpunished,” but the real story is that if you succeed, you have to deal with a new range of problems, starting with a Camp of the Saints style exodus by all of those who cannot do what you do toward you, since they want to take “their share” of what you have achieved.

At some point, you either start excluding people and repatriating those who do not belong, or you drown and become another third world level failed human civilization.

Fortunately, the “Send them to Venezuela!” trope seems to be gaining steam. Recently, Venezuela made an appearance at a political rally where Leftists were exhorted to go to their ideological Shangri-La:

One protester repeatedly called Schiff a “liar” as he walked out of the Senate chamber while the other protester yelled, “Move to Venezuela, Mr. Schiff!”

While right now it is fodder for comedy, in the future people will see the sheer wisdom of this proposal. Leftists and conservatives want to live in entirely different nations; they want Communism with Netflix, where we want Mayberry with space travel. These are incompatible visions.

In Venezuela, Leftists would find themselves able to create the type of society that they desire. Even more, they would finally be free of our oppressive conservatism, whiteness, and stodgy insistence on historically-proven things instead of wild conjecture taken as immutable fact.