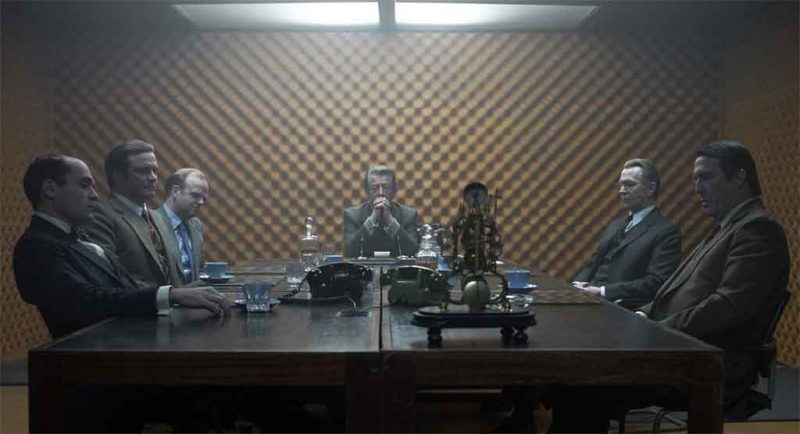 It is axiomatic that you cannot reach a destination without knowing what that destination is, which in turn requires you to know what it is not.

You can decide to vacation in Cape Cod, but if you do not know where it is not, you will end up in the wrong place. Even knowing where it is may not be enough when the road forks multiple times.

Most conservatives have a vague notion that we are conserving the Old Order against the onslaught of modernity, which makes everything permissive and egocentric and therefore wears down any shared meaning and replaces it with thoroughly transient personal drama.

But in order to know how to get there, we have to also know what is not the Old Order. Specifically, and this is a shock to most armchair conservatives, we are not egalitarians. We do not believe in equality. We see it as part of the spectrum of primitive humanity like animal sacrifice, golden idols, and cargo cults.

In particular, we need to know that modernity did not come about through technology. Technology flows linearly from learning, and we did that long ago, and have had technology in the past.

Modernity is the era of equality, or the idea that humans do not have immutable rank based on innate characteristics, but “win” or “earn” their place through meritocracy and the accumulation of wealth.

The ancients would see this as backward. You want to find your best people and then give them the wealth, power, and status for safekeeping because that way, normal people do not waste their lives fighting over it like lottery tickets.

In any case, modernity arose when we stopped relying on the whole quality of people, meaning who they were inside, and started instead looking at the external traits they had like degrees, votes, and wealth.

That continues the process of civilization decay which starts when it is founded. Society replaces a drive toward results in nature with a need to satisfy social demands, mainly appearances and conformity to the dominant paradigm, and over time this liberalizes behaviors as the actions become further disconnected from their original goals.

When your civilization has a goal, people are rewarded for achieving their part of this goal. That parallels natural selection: after people act, reward those who achieved and ignore those who did not. You do not even need to punish the bad, only not reward them, since you should make sure that those who do well and only those people get rewarded. Anything else cultivates weakness as a virtue.

Having a goal naturally produces social hierarchy. The best hunters, warriors, leaders, inventors, and producers rise above the rest because everyone benefits from their wisdom in the exercise of power.

Modernity, based mostly on the Asiatic tyrannies of Darius and Genghis Khan, does away with hierarchy and replaces it with centralization. This requires a fungible mob where everyone is equal and also competing for a few good job titles, but the system determines who advances and only moves forward the obedient, conformist, and goodthinking.

Goodthinkers are those who rationalize from equality. If they want something, they find a way to argue that this thing advances equality, therefore not just should be done but must be done.

You can recognize goodthinkers because to them, everything is always going well. They believe in equality and will do whatever is necessary to explain the regime of equality as succeeding and not failing despite its ongoing descent into mediocrity.

Individualism arises from fatalism, or a lack of belief that the world can provide good and things can go well. With fatalism, people become convinced that they must control reality, or enjoy beating it into submission so that it does their will, regardless of whether it fits within the natural order or not.

Your average individualist designs all of his actions to be advertisements for why he is unique. He recognizes that the Crowd is doom, and all he wants is to make a name for himself so he can have power, wealth, and status.

Individualists engage in a clever manipulation. They con the rest of the group into being fixated on equality since this protects the individualists from criticism.

After all, they are just pursuing their own dreams. Who can criticize them? As long as the immediate consequences are not bad, they get away with it, pass the cost on to society, and distract everyone else with fever dreams of equality.

At the heart of the individualism-equality nexus is fatalism and a sense of victimhood. You do not decide to manipulate and control reality unless you think it will never give you what you want.

Even more, in an egalitarian system, the only way to get ahead is to be a victim. Find some reason that life has hurt you and you join the Crowd clamoring for more equality instead of standing against it, which can get you hurt as they say in Chicago.

Victimhood arising from fatalism reflects a stingy solipsism. People in the grips of this pathology believe that the world is bad, and that all that matters is the set of their own desires, fears, and acquisitions.

Libertarians and Communists tend to both be of this solipsistic nature. They want what they want, and do not consider the effects on civilization, culture, and behavior. They will rationalize these things away as good because as society breaks down, the individual can do more of what he wants for himself.

Our modern system, a sort of Consumerist-Communist hybrid, is based on the bourgeois individualism which says that you should only consider your own career and desires, ignoring anything with wider or longer scope.

Victimhood allows opportunism. When you feel you are a victim and you have been wronged, you go looking for revenge and as part of that revenge, an evening of the score. If others have something you do not, take it and rationalize what you have done as leveling the playing field.

Modernity arises from equality which is collectivized individualism motivated by a pathology of solipsism. It comes about in permanent civilizations because familiarity breeds comfort and contempt.

When you engage in repeated actions, you feel comfort in that you trust these actions to produce everything you need and be “safe” not just in terms of results, but in a social sense.

You also however feel contempt because you are gradually splitting away from any sense of a goal. You are engaging in repeated motions because that has the best optics and will get you rewarded by your fellow citizens.

In turn however that means that your fellow citizens control your destiny or at least how your time is spent. You begin to hate them and try to find ways to screw them over while taking as much as you can for yourself.

The future belongs to those who can interrupt this cycle. Our ancestors tried with a prohibition on hubris, or individualism contrary to natural order, and a motivation toward arete or existential excellence.

That was a good start, but eventually even this crumbled as the middle class rose and chose to ignore the wisdom of the past. We need social hierarchy, but to have that, we need realism, and for that, a goal beyond the self.

How to Know Which Republicans to Smother with a MyPillow | News (April 15, 2022)