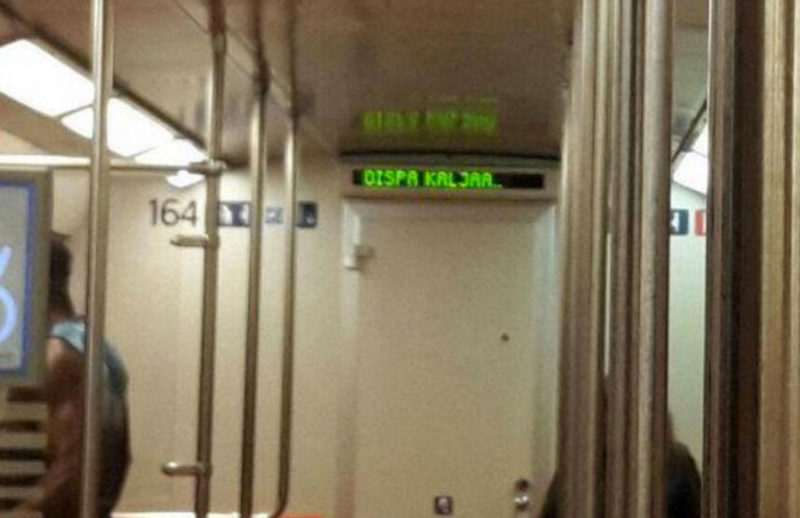 Continuing our discussion of how stress destroys us genetically, it makes sense to mention the effects of Post-Traumatic Stress Disorder on organisms over their lifespan:

Chronic stress was induced in a group of adolescent rats by immobilizing them inside their cages daily for two weeks. A control group was handled daily by research team members over the same time period. Not only were ghrelin levels in the stress-exposed rats significantly higher 24 hours after the last stress exposure, as previously reported, they also remained elevated 130 days later, roughly equivalent to 12 years in human lifespan.

To investigate whether long-term stress produced similar persistent ghrelin elevation in humans, the researcher enrolled 88 children from the Khyber Pukhtunkhwa province of Pakistan, an area affected by more than a decade of terrorist activity. The participants averaged around age 14 at the time of study, and some had either experienced a personal injury or lost a family member in a terrorist attack around four years prior to entering the study. The control group consisted of children who had not experienced those specific types of trauma.

PTSD can arise from events such as terrorism, or a sense of futility, as these rats experienced. Modern people experience a world of frustration because, in the midst of wealth and technology, they are atomized and nothing good is rewarded, so they are merely chalking time until the end.

Children grow up knowing this as they see their parents deal with the stresses of the modern world without much in the way of payoff aside from being able to buy their way out of the worst of the physical danger. The futility of a time that rewards the minimum and punishes excellence takes its tool.

We can see the same in high suicide rates for older white men who, having spent their lives on careers, now find that they wasted their time and become hopeless. An alarming number of older white men commit suicide:

White men 85 and older are more likely to commit suicide than Americans in any other age group â€” taking their lives at four times the rate of the general population.

The reasons why older men are at highest risk for suicide are complex and still being researched, but they often include depression.

â€œDepression .â€‰.â€‰. is an almost necessary conditionâ€ in geriatric suicide, said Alexandre Dombrovski, a psychiatrist at the University of Pittsburgh. â€œDepression clouds the personâ€™s view of self and the future.â€

People commit suicide when they feel bad and perceive themselves to be trapped in this condition, which is a sensation of futility. This feeling of being trapped becomes undeniable in old age, when in theory all of the requirements of a citizen have been discharged, and things are still not as expected.

Consider your average citizen: growing up, he knows that he is fodder for twelve to twenty years of education, then will go out there to fight to have a career. Nothing that he does will be lasting, only plowed under by more novelty-seeking behavior by the herd. He has no chance to make a contribution, only an income.

When he goes through everything he must do, almost all of which is tedious and humiliating, he is left with utter irrelevance. Since he is not an active part of the workforce, he has limited social contact, and is basically cut out of the mainstream of social interaction.

Add to that financial worries, despite a lifetime of working, and possible divorce or family alienation, and what really does he have? Mostly, he is put in a box like everyone else and left to die while various agencies and companies try to squeeze him for what money he has left.

Instead of a period of Golden Years to enjoy life in fullness, he has a shattered family, alienation, and loneliness for an existence. White men are most likely to notice this and are accustomed to having options, but now there is no choice and no alleviation.

The same illness afflicts children. They grow up knowing that they are fodder for the mill. They have nothing to look forward to but jobs, failed marriages, and isolation. We laugh at the trope that college is the best days of our lives and the last of our freedom, but alarmingly, it seems true.

Effects of this form of subtle abuse are similar to PTSD, which is why people are so neurotic for the duration of their lives. They have little to look forward to and no one to demonstrate their character by doing anything really great, mostly because no one will take the time to appreciate it and will bulldoze it as soon as they are gone.

Nothing lasts. Conservatism among other things argues for a kind of permanence where things change little if at all, and the landmarks, rituals, customs, and events are maintained throughout a life and beyond. Good deeds are rewarded and remembered.

None of that exists now, only the System that we created to “liberate” us and the endless needs of others. If the entire West has seemed permanently shell-shocked after WW1, perhaps it is our peacetime misery as much as our wartime tragedy that is to blame.