The liberal commentators of America don’t fear Glenn Beck and his “Restoring Honor” rally because he’s a demagogue — both sides use demagoguery extensively at this point. They fear him because he’s found a principle we all agree on, Civil Rights, and is demanding that its protection be extended to the white, suburban, middle-class, mostly conservative majority who have been funding the last 40 years of progressive experimentation that have taken this country from a prosperous, happy place and made it into a divided, chaotic and declining one. 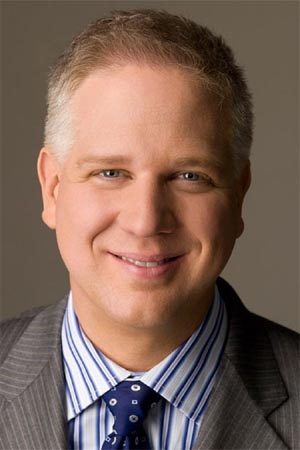 As both of my regular readers know, I am not the biggest fan of television or the mass news media outside of newspapers. Newspapers I can handle, if they’re good papers, because they spend the time to get the facts and present them in a logical, orderly fashion.

USA Today and television news, however, specialized in finding the outrage, sadness, frustration and hatred in the news and then hype it right into your ears. This is why at the time of this writing my only exposure to Glenn Beck has been four minutes of YouTube and I wasn’t even able to make it through that. Like all TV news, left or right, he plays to the outrage and frustration.

But I do think the man has a kind of perverse genius. Like a spacecraft captain using the gravitational vortex of a planet to fling his craft into deep space, Beck pairs up liberal scorn against conservative outrage and comes out ahead because he emphasizes principles we all like in practice. His most recent “Restoring Honor” rally was pure brilliance in that he took the legacy of a civil rights icon, Martin Luther King Jr, and by staging his own event in his footsteps, effectively said, “Civil rights are great — now my people get them, too.”

Beck has tapped into the outrage of middle class white America by pointing out the obvious: for the last 40 years we’ve been on a manic quest to take care of every non-majority group — blacks, Asians, gays, Hispanics, potheads, Muslims, polygamists — while doing so at the expense of white suburban middle-class America, which we assume will just keep trucking along and footing the bill.

Now these people are waking up, and people do wake up very slowly, to find America transformed. It’s no longer the happy world of the 1950s. It’s a crime-ridden, third world state with corruption, devalued currency, a crazed Nanny State kicking down doors, constant combat in its cities. What happened? While the consumer was busy looking in the mirror, wondering if the blue dress or the red dress was the best, the idiots crept in behind the scenes and stole the country away.

Now middle class America wants it back. To them, diversity was always the idea that other people could live here and we’d provide them a stable place to exist. It didn’t mean that affirmative action would be used to penalize qualified white applicants, or that any lawsuit brought about by a non-majority member would be seen as de facto proof of “racism”; it certainly didn’t mean witch-hunts for non-liberals, who would be called “racist,” fired from their jobs, etc. Diversity to the left means war against the majority.

Beck’s message is clear. We should celebrate MLK — and then do what he did for his people, for our own. If racial liberation is good, let’s praise the idea of civil rights and then demand our own racial liberation. That way, we’ve taken a known good that’s more abstract than what we demanded, and extended it to what we needed.

This is how liberalism gained such power, after all. It started with the idea of equality, which sounds good to everyone. Then mission creep began branching equality outward from “treat people fairly” to “re-dedicate our society toward forcing everyone to be equal,” which rapidly became a program of penalizing the more affluent, just as it did in post-1917 Russia and post-1789 France.

But liberalism won by expanding from the most abstract concept, equality, to specifics like equality for serfs, slaves, midgets, women, homosexuals, etc. Once you’ve gotten everyone to agree on the abstract principle, the rest is gravy. Beck is doing the same thing: if we agree civil rights are a good idea, aren’t white civil rights a good idea? And if not, why not? Fight fire with fire.

Many people are also realizing an unsociable truth that sounds unfair to say, but needs to be said: liberalism is not an ideology. It’s a system of complaints against reality. Conservatism is the sum total of our learning from history, but liberalism is a counter-force that surmises that conservative ideals are arbitrary and that we can change them at will without consequences. Liberalism is the individual demanding reality change to suit them.

Liberalism: reality must adapt to me, and to make that happen, I’ll gather a Crowd and unite them on the lowest common denominator — that we wish reality was different — and try to change the effects of history. If not all people are equal in ability (a cause), enforce political equality (an effect) upon them.

Conservatism: we must adapt to reality, and do it with grace, learning from history. If we do want changes we have to change causes; if not all people are equal, and abilities are heritable, we need to use Social Darwinism to make better people so that we are all equal as causes.

Conservatism is the only true progressive ideology: If people are working toward a higher standard, someone shouldn’t be able to come in and lower standards and ruin their hard work, just because they as individuals want to be different, or to believe their actions don’t have consequences.

I like to compare it to a neighborhood. Conservative ideology is that if we’re all starting up this neighborhood, we all agree that lawns should be cut and trimmed, no garbage in the yard, no loud barking dogs, and so on. Therefore, everyone must adapt to that standard, which is in itself an adaptation to the reality of having a neighborhood: life is best when we all sacrifice some of our time to uphold this standard.

Liberal ideology is that if I move into a neighborhood, I should be able to do whatever I want. Not mow and trim the lawn? Fine, it’s your individual choice. Keep trash in the yard, have a loud barking dog, paint the house bright pink with a mauve pentagram on it? Sure, that’s your individual right. But the industrialized world is starting to realize that liberalism as a result is an inherently divisive ideology that splits up our countries, pits us against each other, and sews chaos wherever it goes.

In Europe, they have “Islamophobia” and here in the US, we now have fear-of-ground-zero-mosques. We’ve had years of indoctrination against racism; the official propaganda of equality is written into every US textbook and curriculum, even to the point of distorting history (the same thing happened in the Soviet Union, and in Revolutionary France). But dogma does not equal reality, and those of us who haven’t bought into the illusion are breaking free.

If that has to start with a fire-tongued television news presenter like Glenn Beck calling for us to come back to Jesus, that’s OK by me. I don’t worry so much about the specifics as the principle. And his principle is identical to that of Martin Luther King, Jr: my people need the right to determine their own future without someone else telling them what they can or can’t do.

Except now, the shoe’s on the other foot, and it’s liberal fears that we won’t “be equal” that are holding back those who want to build a prosperous, safe, moral and cheerful America. We have to ask ourselves: what are they really afraid of?