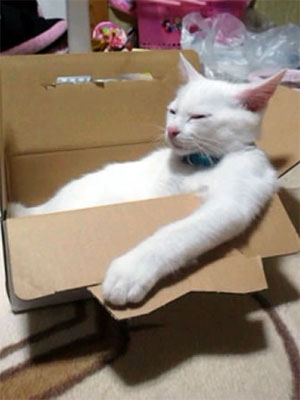 But like any closed industry, it’s politics itself that is out of touch. For years, the GOP has sat around thinking that they’re doing a good job of staying relevant; middle America has looked at them and wondered when they’d locate a fighting spirit again.

Whether he leaked that mystery video of himself speaking candidly to millionaires, or whether it escaped by subterfuge from the other side, Mitt Romney has re-written American politics with a bold mood: telling it like he sees it, and uniting his tribe around an idea.

This idea is flawed, as are all things in a time of decay. However, it is less flawed than other ideas, and moves us closer to a healthy state of mind. This idea is that there’s no free ride.

Emotionally, we find this concept difficult. No one wants to go to a job, and no one wants to think of someone being needy. But when you start the subsidy, you begin working against the principle that results and reality matter, and instead you go into the neurotic world of wishful thinking.

Imagine the liberals you know. How many are actually happy? It’s not because they don’t have Jesus. It’s because they’re neurotic and near-schizoid with doubt. They live in a world of mental projection and reality to them is a terrifying, distant, unknowable place. That’s the result of the free ride style thinking.

Obama united such people with an idea of “you didn’t build that.” The underlying idea behind that meme is that if we all think the same illusion together, nothing can hurt us. Thus there can be no independent actors who don’t need us as a crowd.

Romney’s counterpoint was both a touchstone for the right, and a shibboleth for the left:

This is the type of campaign the GOP should have run years ago. It is not purely factual; in fact, it’s symbolic. That is why it’s true: there is in fact a huge group of people who believe they are victims and that the government should ensure equal survival through handouts. They all vote Democrat.

Whether these are to a person the 47% who don’t pay taxes is uncertain but unimportant. The point is that we have a large mob of people in this country who want to live in the free ride world of wishful thinking. We call them liberals.

Since the 1930s, the left has been busy creating its voter pool. Every divorce makes another kid who will be mentally fractured for 20 years, and will vote left during that time.

Every imported immigrant is another consistent vote that will never go to the right.

Every empowered woman, angry minority, disenfranchised bisexual, or person working in government, academia or media, is a Democratic foot-soldier in the fifth column they hope will take over the USA.

The only way to fight back against this is to identify it for what it is (a parasitic crowd) and then to formulate an opposite mythos, which is that we in the 53% are the ones who make this place work, and we do it through the principle of natural selection: reward those who adapt and contribute, and push the rest on to somewhere else.

The whole West is shot through with parasites because of two centuries of liberal social programs that emphasize equality, and as a result attempt to shield individuals from the consequences of their actions. A free ride for all means we are all right in our life choices.

Romney’s words brought the right together. Our goal is to adapt to reality, to do what is right and good, and to make a society that lasts through the ages. Our enemy is wishful thinking and its associated illusions, free ride style nanny states, big government and the group sentiment of the disenchanted.

He also provided a shibboleth, or word useful for detecting allies, on the left. The MSM and leftists are all busy running around telling each other how Romney made a huge “mistake” and how it will doom him. Like all echo chambers, they depend on each other to feel correct, since they have zero idea about how reality works.

Rightists are beginning to see how leftism/liberalism is a mental health disorder. It is denial of reality. It is narcissism, or receding into the human mind. You don’t appease it, you certainly don’t apologize to it, and eventually, you have to kick it out of your country before it destroys you.

The Romney campaign seems to have gotten the message, becuase this is their latest update:

We believe in free people and free enterprise, not redistribution. The right course for America is to create growth, create wealth, not to redistribute wealth. – Mitt Romney on Facebook

The point is that there are two competing worldviews here.

The right wants the best to rise based on their knowledge and successful results in reality.

The left wants a social club where no one rises and no one falls, but everyone is employed thanks to having the right opinions.

There is no compromise. The two are incompatible. By noting this, and injecting the first note of honesty into this campaign, Mitt Romney has begun revitalizing the GOP into a fighting force worth supporting.