Conservatives of the future will not apologize 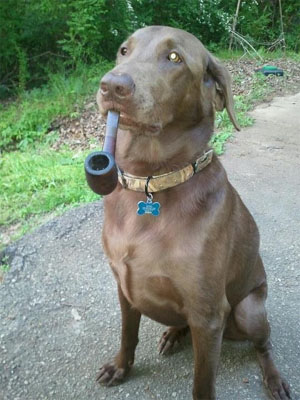 The conservatives of today are defensive. They’re fighting a rearguard action against the march of progress, which is society so in love with its methods it has forgotten its goals.

They know that most of society prefers liberal ideas. That is because most people succumb easily to illusions. It’s easy to succumb to illusions; just don’t think through to consequences, and focus on how an idea makes you feel.

As a result, conservatives are apologetic. They back down easily. They let the other side define the discourse. All at a time when, for the first time in decades, conservatives have a plurality if not a majority waiting to vote for them.

This group comes from the biggest population in Western countries, which are the descendents of the founders. These people have tried liberalism, watched it destroy everything good, and now want a return to sanity.

No point apologizing for that. Future conservatives won’t. To them, this election is not about issues, but a choice of futures. Do we want Republicans (Mayberry) or Democrats (Haight-Ashbury)?

Liberals hate this view. They want us to see both parties as shades of the same color. That way, we form no attachments, never figure out the underlying issues, and so are like hamsters racing from one side of the cage to another.

They don’t understand the conservatism is not an ideology, or fashion statement, but a way of life. A way of the heart and mind. A discipline.

Conservatives are those who look at the modern world and say, “Stop.” They think any change must show a clear cause-effect relationship that proves it will achieve its intended results and nothing more.

They like to measure things by tradition. This is because conservatives think on the level of the eternal, beyond any single human being.

They believe in The Good, The Beautiful and The Eternal, but they think what governs best governs least, and that culture, religion and society are better implements for social change than a bloated totalitarian Nanny State justifying itself with good intentions.

As part of this, they believe in natural land, and would keep most of North America and Europe forested if they could. To them, humans need to uphold the eternally beautiful in nature.

Liberals are missing out on these ideas. They’re far more radical than anything liberals will ever think up.

Conservatives, for example, believe in capitalism but only under the rule of strong cultural norms. They value hard work, but that means going full-on, not staying for hundreds of extra hours and sacrificing life. Hard means quality of attack, not quantity of overtime.

They are also the ultimate Darwinists. If an idea works, they keep it; if not, they discard it. This in their view is how humanity evolves as individuals, as a society, and as a species.

They are also the ultimate defenders of innocence. They believe in the fairy-tale type lives that are achievable if we live diligently by conservative principles, and exclude the chaotic and miserable.

It comes down to the decision of what you want. Do you want Haight-Ashbury, with its constant chaos and variety, like a feast of distraction?

Or do you think the outside world is mostly a waste, and want a stable place in which to discover yourself and your purpose? They you might choose a Mayberry instead.

Conservatives of the future will not apologize. They will not justify, grovel or defend. They will view politics as products on a shelf and say, “Yes, I’d like the best option you have, and damn the cost.”

Then they’ll leave all those cheapie short-term “solutions” like liberalism and big government on the shelf, go through the checkout line, and exit into the clear winter sunlight.