by Jonathan Peter Wilkinson on December 10, 2017 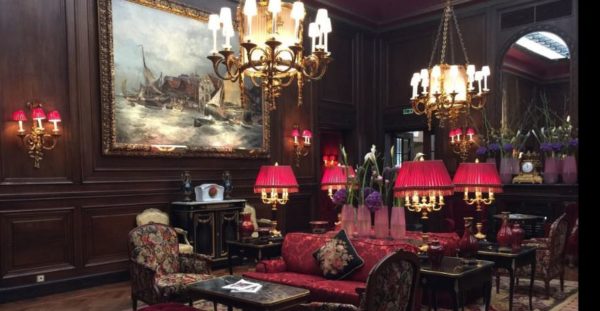 Is there a more degenerate, repulsive, slug of senatorial misrepresentation in Amerika than Mitch McConnell?

Perhaps, perhaps there is somebody just as bad. There is simply no way that Judge Roy Moore is morally fit to stand in the company of deeply caring human beings like Senator Robert Menendez. The answer to my rhetorical question doesn’t really matter. What we need to examine here is process.

Why is it that we get a US Senate fertilized by such excremental moral cretins?

The answer is obvious. We The People elected them via the democratic process. It guarantees a continuation of the Cathedral-Sponsored Kakistocracy. The superpositioned results of our biannual senatorial elections have been similar for years. Watching our two clownshow political parties via for Senatorial supremacy is akin to watching two tanking NBA squads playing a meaningless late season game in hopes of losing to one another and securing more balls in the draft lottery. The final score matters little. The platforms of either candidate, in the typical senatorial election; are about as intellectually stimulating as a proctological exam. Remember how Mitch McConnell was going to repeal and replace ObamaCare? Relax; Mitch doesn’t either.

Giving the US Constitution the same cursory speed-read Barack Obama probably did while in law school, we see that it is a vitally important organ of the US Government. It was intended to provide each state an opportunity to balance the power of the Federal Government. Because of this, the Founding Fathers did not leave it up to chance. They allowed State Legislators to select their own.

Americans did not directly vote for senators for the first 125 years of the Federal Government. The Constitution, as it was adopted in 1788, stated that senators would be elected by state legislatures. The first proposal to amend the Constitution to elect senators by popular vote was introduced in the U.S. House of Representatives in 1826, but the idea did not gain considerable support until the late 19th century when several problems related to Senate elections had become evident.

Now fans of domineering federal imperialism couldn’t let this sort check and balance stand between them and the opportunity to elect Teddy Kennedy, Theodore Bilbo, Robert Byrd or Lindsay Grahamaphrodite. With the hateful Seventeenth Amendment in place, John McCain found it far easier to land in the US Senate than he seemed to find it when he tried to land on an aircraft carrier. It took California to demonstrate the pure and utter heinousness of the Seventeenth. The dysgenic display of electoral ignorance gave us the proud, unbroken lineage of Diane Feinstein, Barbara Boxer and Kamala Harris. Never since the direct incestuous conjugation of the Spanish Hapsburgs has such an ongoing display of human evolution in reverse been afforded such a position of power and prestige. The current and recent course of the United States Senate is a deep and profound disgrace to our legacy as a nation and a people.

But there is an answer. It’s well known and it waits for us to harken back to. We only need to brush the dust of our founding documents. I mean if we really are Constitutional Conservatives, here’s how we clear away the toxic, contaminating train-wreck that is the current US. Senate. We go back to what initially worked in Amerika and select our US Senate properly.

Section 3. The Senate of the United States shall be composed of two Senators from each State, chosen by the Legislature thereof, for six Years; and each Senator shall have one Vote.

But no, we get our Senatorial Elections as demotic turd-chucking contests between ideologue, elitist pigs. All not in the phony millionaires’ club are subjected by compurgation by detestable people like Gloria Allred. An actual, functional Senate that refused to be swayed by the media conglomerates, the corporate interest groups and the soul-dead politicos could not be allowed to continue. Only when this changes will the current decline of our society be arrested. If it doesn’t change, the decline doesn’t stop.

The Senate will get worse, the senators, themselves, will get worse. Eventually this could become bad enough a situation to actually matter. Maybe Alabama Governor Kay Ivy has the testicular fortitude to call this ridiculous dog and pony show of a Senatorial Election. Maybe that could lead us to begin examining whether suboptimal human scum like Mitch McConnell and Gloria Allred should be powerful enough to determine who represents any state in the US Senate other than their own. Perhaps, once our elections become awful enough; people will realize they don’t derive any legitimate power when they cast votes.

Baby Boomers as Explained by Gen X | Do We Live In A Totalitarian State?