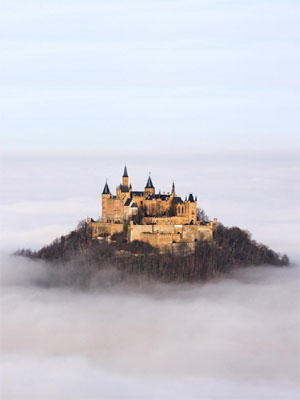 The great ugly secret about “freedom” is that it becomes a goal in itself. The neoconservatives found this out when, in the name of sharing freedom, they ended up having more wars than they could fight.

Sexual freedom is a form of Iraq and Afghanistan. You can win the battle, but can you win the occupation? The ugly secret rears its head again: freedom replaces the goal, and becomes a new quest like any other “ideological” crusade.

In the case of sexual freedom, the absence of restraints means that there is no goal and thus, no time scale. There is no maturation process. There is no eventual goal to end up as an adult. Instead, one stays trapped in the teenage loop forever and ever.

As a result, the simple idea of “sexual freedom,” of separating sex from any sort of goal such as family or love, creates a mentality of the perpetual loop: act for the moment, and for the self. Do not think of future. Do not experience change over your lifetime.

Elizabeth Wurtzel, who wrote Prozac Nation back in 1994 and should have lived happily ever after, writes about how her teenage loop has led to an unfulfilling adult life:

It had all gone wrong. At long last, I had found myself vulnerable to the worst of New York City, because at 44 my life was not so different from the way it was at 24. Stubbornly and proudly, emphatically and pathetically, I had refused to grow up, and so I was becoming one of those people who refuses to grow upâ€”one of the cityâ€™s Lost Boys…By never marrying, I ended up never divorcing, but I also failed to accumulate that brocade of civility and padlock of securityâ€”kids you do or donâ€™t want, Tiffany silver you never useâ€”that makes life complete. Convention serves a purpose: It gives life meaning, and without it, one is in a constant existential crisis. If you donâ€™t have the imposition of family to remind you of what is at stake, something else will. I was alone in a lonely apartment with only a stalker to show for my accomplishments and my years. – “Elizabeth Wurtzel Confronts Her One-Night Stand of a Life,” by Elizabeth Wurtzel in New York Magazine, January 6, 2013

She goes on to detail how she fled responsibility at every turn, including sexually. There was never a plan to live happily ever after, but a chance to take someone home for the night. Eventually, the options dwindled and apparently, so did the fun.

The MRM is in freefall at this point because it never really took a stand. “Equality,” like “freedom,” is not a goal but the absence of a goal. It’s like dedicating yourself to not-growing-up or to not-eating-vegetables.

MRAs often talk about how they just want “equality” (and/or “freedom”) for men to be equal to women. This sounds good to them because, despite all their talk of red pill/blue pill, they’re still invested in the dominant narrative of their time.

Since the French Revolution, this narrative has been the hive mind. The individual, dedicated to himself or herself, joins with other individuals who want the same, and they smash down all real goals and replace them with not-growing-up and not-eating-vegetables.

When MRAs talk about “equality,” they’re following the same path. The actual goal is for men and women to have a place where they complement each other, and where they are each sacred and important. This only comes through traditional sexual roles, which have goals beyond the sex itself.

Anything else resembles a fear of growing up:

But when I became old enough to learn to shoot, I took one lesson from my father and then refused to go further. It was a rite of passage, a stage on the way to adulthood. But I did not want the responsibility of handling weapons. And, frankly, I just didnâ€™t want to grow up. And because my parents were a little too liberal, and I was far too stubborn, they didnâ€™t force the issue. So I went out into the world with a childâ€™s salutary fear of guns intact. – “Gun Control & Personal Responsibility,” by Greg Johnson in Counter-Currents, January 16, 2013

Our modern society is based on not growing up because we fear the goal itself. Out of fear from becoming like our parents, who lingered neurotic in jobs they hated and endured marriages they claimed to feel enslaved by, we just avoided all of it. We dated or hooked up, but the second night, went home alone.

Sexual “freedom” crushed our souls. Feminism and sexual liberation were just one of many “revolutionary” movements that mimicked the French Revolution in that they overthrew the goals, and replaced them with personal whims. Like the others, they led nowhere.

This occurred because the absence of something is not a goal. If anything, it resembles a hate movement. If your gender does not feel equal, you might ask whether equality is necessary, or just a talking point. Most likely it’s just the drama of others.

What women (and men) lost was a sense of purpose to their lives. What they gained was a void in which they could project their egos, but which led nowhere but to the endless procession of days of getting up, going to work, amusing oneself with alcohol and sex, and repeating. It’s even more soulless than its antecedent, the grim 1950s “corporation man” and his house with a white picket fence in the suburbs.

Rather than crush our souls with these anti-goals, we should stop giving up on having what nature and common sense would have us possess, namely normal lives in which we mature and learn. Instead, we should crush the “revolutionary” notion that a non-goal is superior to a goal.

Getting to the root causes | Mistrust