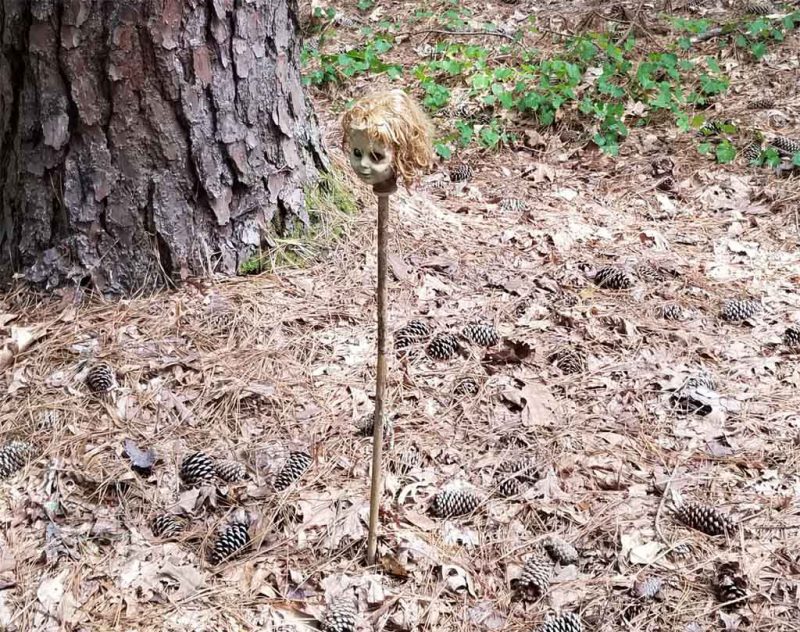 These were the sights and sounds of Leftist social media after a sadistic purge of digital media journalists came in the form of vicious layoffs. A plague of doom had arrived in the form of profit losses and fake news catastrophes. And mass extinction soon ensued when a number of media conglomerates trimmed the fat of their companies and sent a number of human-meme journalists into the oblivion of unemployment:

This week, as a long-predicted collapse seemed to hit digital media, we saw a few of the tried-and-true ways managers use to explain to employees why they’re laying them off.

BuzzFeed chose the language of corporation-as-family, with founder Jonah Peretti telling staff that making the decision was “upsetting and disappointing.” Verizon went with meaningless corporate-speak. “Today marks a strategic step toward better execution of our plans for growth and innovation into the future,” a spokesperson said.

The results looked the same in the end: a 15 percent reduction in headcount at BuzzFeed, resulting in the layoffs of more than 200 people, and 800 cuts at Verizon Media Group, which includes HuffPost and Yahoo News.

The smoke of their torment polluted the desolate sky, only months removed from their boastful celebrations of increasing the diversity of the ill-fated opinion section of the Huffington Post. The waters of Twitter and Facebook were extra salty and red with blood, and the wolves of the Alt Right pounced from the shadows of their seclusion. There no was no mercy, no remorse, as the insensitive taunts of the entitled digital media were thrown back against them. And as the lamentations piled upon one another, the tearful eyes of Chris Hayes finally saw where his efforts had taken him:

“What if there is literally no profitable model for digital news?” MSNBC anchor Chris Hayes asked on Twitter on Thursday, setting off a long back and forth. “Or none that actually scales and endures without, say, the established readership base and brand of the [New York Times]. This seems… Increasingly likely to me?”

It is poetry in motion of the Shakespearean sense that the light of judgement has scorched the arrogant millennials of the left-wing media. For years and years on end, we got article after article of perversion of subversion of everything American, moral, or just plain human. Memorable classics like “Why You Should Sleep With 100 Guys Before You’re 30” and “I Cheated on My Husband of 10 Years — and That’s a Good Thing!” or “Having White Babies is Complicit in White Supremacy” and “If You Don’t Date Transgender Mutants then You’re a bigot!” Piece after piece, word after word, these mindless drones loyally did the dirty work of their corporate masters as they successfully corrupted the very souls of millions of unwitting readers. And then they were abruptly dropped. Yes, just like that, they were dropped without warning and without even denting their six figure journalism degrees.

And so it was, that in the cruelest of ironies the entitled minds of digital journalism were on the streets, begging for sympathy and mercy, yet subjected to the very coldness they had afforded to others. The same people telling coal miners they should “learn to code” were met with the same suggestion. Only days after convicting a Pro Life rally as “misogynist” and the Covington Catholic kids as wearing racist paraphernalia, newly unemployed Bryan Maygers was on Twitter scavenging for pity. The oft-memed Jessica Valenti, famous for dueling articles condemning cat calls only to lament their disappearance as she aged, was extolling her laughable “PHD in romantic studies.” But most fitting was Haye’s above comment — after telling us for so many years that healthcare, education, ect. should abandon the profit model — that it is journalism which is likely to meet that terrible fate.

The millennial journalists of Vice, BuzzFeed, and The Huffington Post were famously conned into believing that they could make a living in journalism if they took out six figure loans at an 8% interest rate. But while they were in college, heavyweights like NewsWeek saw themselves closing their prints and going strictly digital. Journalist salaries were stuck in the $30,000 range which is now minimum wage in many states. Scammed, frustrated, and vulnerable, they were eager to do the bidding of the progressive donors looking to subvert the very soul of America itself in their efforts to loin their pockets. But as social media and forums rose as major news sources and the true agendas of fake news publications were exposed (most monumentally in the collusion efforts unearthed in the Podesta reports) the dream of the career journalist that many out of touch entitled boomers made into a comfy life appears far out of reach.

These foolish blue collar children, many the first in their families to go to college, were blinded by the American dream and were unable to see the truth about those fancy looking TV anchors. For though it is not well known, the majority of major news anchors were born into some very powerful families. Anderson Cooper is the son of Gloria Vanderbilt, fashion designer and more importantly heiress to the Vanderbilt fortune, greatest source of wealth in all of the American railroad industry. Brian William’s father was executive VP of the National Retail Federation, a shadowy entity that provides much of the stock of local retailers. Erin Burnett is married to a multi-millionaire managing director for Citigroup (no wonder she was soo tough on those Occupy Wall St. losers!). Long story short, a college degree won’t grant the son of a schoolteacher or daughter of a mechanic the opportunity to compete against the well-connected trustfundies. There is, however, one network and exception to this rule. A place that you can turn blue collar or middle class roots into a good living, a place where the majority of their powerhouses didn’t even bother with a college degree: Fox News and conservative media.

But wait! Oh no, these entitled snobby millennials have spent their careers assaulting Fox News and dehumanizing conservatives! All of their words are forever immortalized on Twitter and in defaming right wing memes! And just like that, the only hope — THE ONLY HOPE — of career journalism for millennial journalists is dead.

The for-profit model of journalism truly does have an expiration date, and this is fueled by the Right wing radicals like yours truly who already cut their teeth in finance or programming and do this counter-journalism stuff for fun. Also consider: if HuffPo and BuzzFeed are getting offers from just-out-of-college writers who are willing to work for free to pursue their unrealistic dream in a dead industry, why would they hire some washed up opinion section failure who can barely keep their emotional or psychological makeup in check? Digital media will thus suffer the same fate as the music industry and Hollywood. Wealthy insiders will keep a closed circle of relatives and hookers, and all others will be outsiders that will have to pay to do what they love.

And at last, the millennial journalists of the digital media age are met with a most horrific fate. The pretty women will likely start cam channels to continue prostituting themselves, unable to do anything else to reach the social ascension they aspire for given that they have thrown away any chances of marrying-up given their toxic ideologies. But what becomes of the ugly girls, and the men? You will see them at Starbucks and Whole Foods, stuffing their bags as they lament their broken dreams. Well, at least those roles are honorable, since a functional society needs people of all careers and classes, working in the caste of society in which they most belong.

Unfortunately, the entitled journalists of the millennial age will always believe the lie that they were told in college: that they can be anything and deserve to live a well-off life. And thus, they will live out their years in bitterness and spite, unable to grasp the truth of the DNA-caste correlation even as it beats down their life day after day.