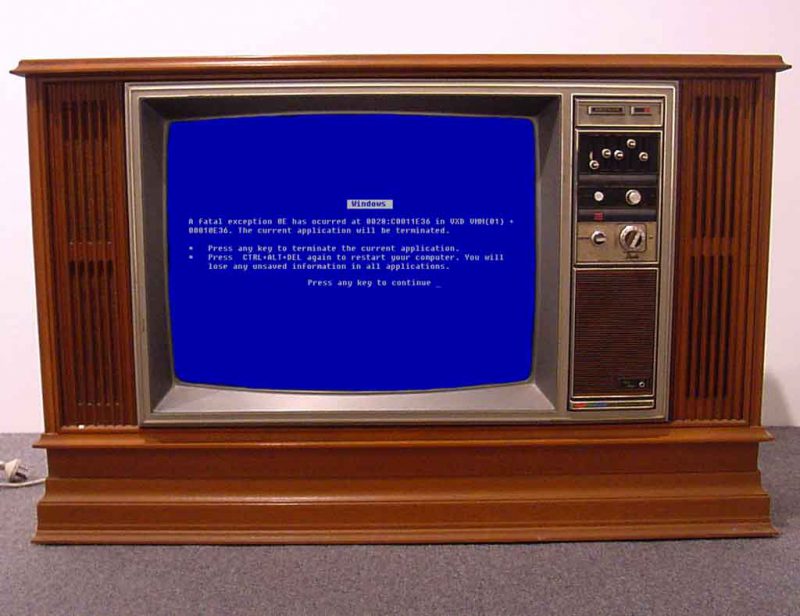 Since 2009 Microsoft has been defective as a company. Every piece of technology has gotten worse, every roll out more pathetic, and every attempt to compete with other companies that have lapped them in success and innovation has been a disaster. The fact that 42% of today’s PCs (including the one this is being written on) are using its decade-old Windows 7 product is a testament to its inability to perform at every level.

People just don’t need the Cortana search loops and irremovable background apps disrupting their ability to carry out basic tasks without 90% CPU usage all the time. Nor do they want a gaming console that offers nothing superior to its predecessor, but a lot of baggage in the form of two hour update downloads. Microsoft has spent a decade offering virtually nothing to consumers and letting down the few that still make the mistake of using their sorry software.

In recent days, opportunity has arisen in the form of the missteps of Microsoft’s competitors. With multiple senate hearings (Google), privacy failings (Apple), data breeches (social media companies), Microsoft has found itself with the rare chance to distance itself from its competitors in their abuse and misuse of American interests. Specifically by not falling into the trap of misusing data, censoring wrongthink, and pushing retarded agendas nobody wants to deal with anymore.

But instead of learning from the mistakes of Silicon Valley’s most hated, Microsoft decided to give its users the finger in the form of an update for Microsoft Edge (the new Internet Explorer, for the 99% of you that didn’t know or care) that adds a think-filter called Newsguard:

Without consulting with its users, Microsoft has installed an establishment media browser extension, purportedly designed to rate the accuracy of news websites, as a default extension on mobile versions of its Edge browser. In practice, it creates a news blacklist by warning users away from sites including Breitbart News, The Drudge Report, and the Daily Mail.

It shouldn’t be surprising that Newsguard has a bias against independent and anti-establishment media though: the team behind the browser extension include top neocons and members of America’s foreign policy establishment, including Trump-hating former CIA director Michael Hayden, and former members of the Clinton, Bush, and Obama administrations.

It should come as no surprise that Microsoft does not trust its users to properly interpret information. After all, it mocked their cries for an Xbox One that could function without daily internet updates and could run used games, only to cave to their demands when Sony barbarically raped the company in E3 reviews and console pre-sales. There is no company that hates its users more than Microsoft; this has been evident since Word and Excel stopped being free on their own platforms. But in succumbing to the same censorious, thought-policing trash that has led to bitter and malicious backlash from America’s entire Right wing, Microsoft has cucked their technology and prospects once again.

Many, myself included, are desperate for an alternative to Chrome. We hate Google with all of our hearts and yet there is no functional alternative. I was enticed by Microsoft Edge, despite the absurd amount of hardware required to run this slower browser. But now, by telling me my favorite websites are not credible and that I should be visiting clickbait trash like BuzzFeed instead, Microsoft has reminded me that it hates its users and wants them to know.

Thus, I will not use Edge, I will not purchase Microsoft software, I will continue avoiding anything with the Microsoft brand. They made an ideological decision in an age where conservatives would be more than happy to use sub-par technology if they can escape the ideological baggage that comes with it.

Microsoft insists that its foray into mobile technology never succeeds. It wants to fail with every piece of technology as long as possible and continue to offend every single person who is willing to give their defective new gadgets a try. And so Microsoft, its useless diversity CEO, its diversity-plagued board of directors, and its legions of mutant coders deserve the public humiliation they’ve been getting. Microsoft’s legacy as a failed company has been well earned, and they show no sings of slowing in their race to irrelevancy.