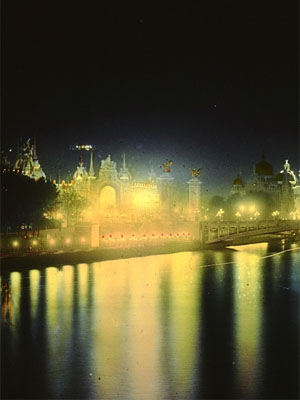 The world is changing. We are slowly reversing two thousand years of decline.

Like most decline, ours has not been absolute. It happens in stops and starts, in little increments, working inward from the details. It’s like getting the flu during a busy work week: on Monday, you sneeze (once). Tuesday the eyes water. Wednesday morning you feel a little off, but have a sudden burst of energy. Wednesday afternoon it looks like a cold. Thursday you’re a wreck.

Despite the relative density of most people, more and more of the people who make crucial decisions are noticing that a wrong turn occurred in the past. When you take a wrong turn, you re-trace your steps and go back to where you made the wrong decision, and then fix it, preferably without undoing anything positive you’ve done since that time.

We live in a society of people drugged on the progressive vision that says greater year numbers and greater permissiveness go hand-in-hand and mean that we’re getting somewhere. These will try to tell you that changing anything we do to a version from the past is a defeat, but they’ve obviously never trailblazed any woods. When you take the wrong course, the sooner you fix it and get back to the old course, the more you win.

Neither is civilization bad, except that it raises the stakes. Decisions no longer occur on an individual basis with immediate consequences, but on a demographic basis, where all decisions affect others and in turn shape the filter that determines who will be part of that civilization. Most people have trouble thinking in this mode. Leaders tend to think in terms of standards of behavior, precedents and abstract values. People with no leadership ability tend to think in tangibles, immediates and sensations including emotions.

As a civilization grows, it either becomes successful or gets downgraded to a lesser type of civilization. For example, third world civilizations give up on most of the benefits of organized society, forming instead loosely-associated markets with mafia-style leadership. A step up from that is the classic first-world civilization, which is ruled by laws and roles, by values and mores, instead of ad hoc by strongmen and witch-hunts. At any time, a civilization can go back down that ladder. The third world isn’t a place, it’s a state of mind.

Civilization types are like mathematical formulas. With greater complexity come greater obligations, but also greater opportunities. When you change the formula, the output changes. They have plateaus however because certain types of equations have about the same degree of complexity. If your civilization is a one-variable civilization, you have mud huts, rudimentary farming and ad hoc dictators; with two variables, you have seasonal farming, open markets and a network of local oligarchs; with three variables, you might have a liberal democracy with highly codified laws.

When civilizations move up the ladder, they gain certain advantages for their citizens. The more complex the society, the more indirect these are. It’s hard for example to put a personal value on safe streets, clean water, or well-designed public spaces if you have never known the lack of them. Where in a simpler society, benefits come directly such as spoils of war or an abundant harvest, in a complex society the target is the myriad details that need to be organized to make civilization as a whole a pleasing experience conducive to productivity. Productivity allows the civilization to be wealthy, but more importantly, allows its citizens to accomplish individual goals above and beyond the minimum necessary for survival. Upward civilizations aim to improve on the level of this amorphous and abstract concept, while civilizations beneath them can’t yet conceptualize it and so focus on tangibles.

When a civilization starts to decline, it begins by overpopulating and taking that higher standard for granted. Overpopulation comes about because the innovations created by the best, like political stability, legal systems, hygiene, medicine, regular food and organized public life in turn tend to allow people to survive from infancy at greater rates. This is excellent news, except that the lowest people by ability in a society are incapable of adjusting their breeding rate to match the new lifespan expectations. As a result, the society becomes bottom-heavy with lots of followers and too few leaders. This enables the followers to unite and to demand the sorts of direct benefits one expects in a lower order of civilization (share the booty).

That causes civilization to gear itself toward taking for granted all that it has achieved, and to stop aiming for anything higher than a “facilitative society” that empowers individuals to seek personal wealth and hobbies. Such a society does not strive for unity and sees any kind of agreement as oppression. It is only happy when each person is moving in their own direction, making agreement on values impossible, and thus immersing the society in a constant leadership by committee which is both conservative in that it is resistant to change, and liberal in that the one change it will always permit is greater independence for the individual from any standard, objective, or values system.

Civilizations in decline are in such a race to the bottom. The goal is no longer to build complex ideas or goals, but to take what exists and divide it into small pieces so it becomes popular with the greatest number of people in the constituency. This in turn forces all truths through a kind of sieve that eliminates the connection between details, leaving only linear material assertions. At this point, any potential for leadership is fully destroyed. The politicians pander to the citizens, who depend on the media-entertainment elites to inform them, but that group in turn finds out what to inform about by watching the citizens. The circularity acts like a feedback loop, amplifying trends and fears but obliterating any larger framework of values.

This decline potential is inherent to all civilizations. Thanks to the technological prowess of ours, we have formed a worldwide empire from modern society, which is composed of:

These are symptoms of end stage civilizations. Modern society is a worldwide civilization that is entering its end-stage. It is sad that this happens as our technology reaches new peaks, but because civilization decline is a disease of prosperity, and technology requires prosperity to fund its development, it is not wholly unexpected. It takes many centuries for a civilization to go through the decay process.

In 1789, the West officially committed itself to the final stage of decline by adopting liberalism. In 2009, it became clear that the policies of liberalism had not only failed, despite us applying band-aids during the Great Depression, but inevitably would fail because the goal of liberalism is to take from the productive and use that to subsidize and level the population for egalitarian (social) goals. Since the industrial revolution, many band-aids have been applied to keep this system afloat. It is failing by design, and people are now seeing its failings as inherent to its design, and not as flaws of implementation.

Interestingly Europe and the United States have different angles on this issue. The United States, while on the surface a more consumerist society, harbors a vast conservative sentiment arising from its practicality. Americans like end results, and they have now seen 70 years of liberalism do nothing but shatter families, leave people lonely, sabotage economies, destroy cities, etc. Europeans are on the surface closer to a sense of nationalism and thus of culture, but they have more deeply imbibed the virus of liberalism, and therefore even when they think they’re being anti-liberal, they tend to inject liberal ideas into that initiative and thus completely sabotage it before it even gets started.

What is dying right now is a worldwide civilization that has lost legitimacy because its inherent design flaws increase human misery. In contrast, conservatism increases human joy at the expense of giving up some “freedoms” that lead to terrible outcomes. The one accusation liberalism can make against conservatism is that liberalism allows the individual more choices. However, more choices are meaningless in a collapsing globalist regime based equally on leftist welfare policy and rightist market social Darwinism. The only rational third way is conservatism, which insists that a principle and concern for end results must come before considerations of method such as markets, popularity and democracy.

A time of great instability approaches. This is not alarming, because all transitions are unstable. Many people are alarmed because they have a lack of imagination about what could replace liberal democracy, in part because they have absorbed the government-media-social propaganda against monarchy, religion, culture, ethnocultural nationalism and a naturalistic reverence for the order of the cosmos. There is no point bemoaning these people, or despairing of the time we are in. Its basis is illogical and therefore it is failing, not from external enemies but from within. This failure affects Europe, Asia and America because they are all part of the same type of society design, which is the modern society. Where some see sadness in this, it is wiser to see opportunity. An old and now irrelevant order dies, and is replaced slowly but with increasing momentum by a fix to our wrong turn centuries ago.

Right now the knowledge of this change and any approval of it constitutes heresy and dissent to the society around us. The greatest threat are our fellow citizens, who have been told that anything but the current way is equal to oppression and the taking of their freedom. However, even these change, as they see that the people who possess leadership intelligence are OK with this change.

After two millennia of a downward curve, we finally have a chance to soar.