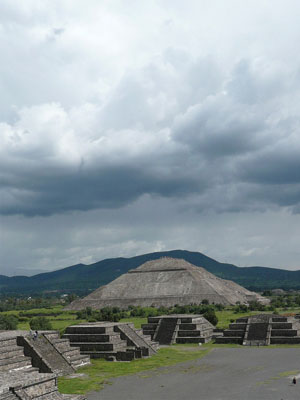 It’s rare you get a complete statement of anything in this world. For starters, it’s bad business: half-formed statements that hint at the possibility of bigger meaning, like lottery tickets, are better sellers than a clearly-defined finite reward.

The average person might prefer to pay $5 for a chance to win a million dollars today, to spending that same five bucks on a certificate guaranteed to pay off $1,000 in a year. After all, this person could get the big score, and then all their problems would be solved (etc.).

In addition to being bad business, it’s bad strategy to tell people too much of the truth. They may turn on you, for shutting down their hopes but more likely for showing them their lack of hope is unjustified. Most likely they will simply call you an idiot, or a witch, or crucify you.

So truth, which is a human invention that resembles our reality more than its ideological competition, is often hidden in the darnedest places, and only trickles through when it thinks it is mostly unseen. It’s the one wild eye in the night that winks at you when you’re camping and sleep evades you.

[T]he liberals on the court focus on process and the conservatives focus on results. – “Men in Black,” by Maureen Dowd, The New York Times

By my estimation, Maureen Dowd is usually wrong, and the topic of her essay this week is not only wrong but deranged. She is upset that the Supreme Court has not decided the way she wants it to. As a result, she launches into cartoon invective. Skip everything but the above sentence.

Conservatives are doing a lot of soul-searching. We do not trust external ideologies like Communism or Scientology. We think you need to have a moral sense in your gut, and that should decide your lifestyle and political outlook. While that’s a good start, in a complex world it’s at a disadvantage.

As part of our soul-searching, we are trying to find out what the soul of conservatism is. Besides the aforementioned organic moral gut instinct, some writers posit that it is consequentialism, or concern with results more than methods. Ends over means.

What are “means” and “ends”? Ends are your goals and the results that occur as a result of your actions. Means are the methods, including any moral control of what methods are permissible, that you use to get there.

For example, think through this horrible dilemma. You have been sent into space to destroy an asteroid heading right at earth. However, your blasting charge doesn’t work. You can use your spaceship to steer the asteroid, but you don’t have enough juice to get it past earth. What you can do is make sure it hits a glancing blow.

This means that you have two choices: (a) let the asteroid hit earth dead-on, destroying it completely, or (b) strike a glancing blow, which means you’ll wipe out some huge portion of the globe and kill a billion people. Which do you choose?

If you believe in strict ends over means, you choose the glancing blow. Your species and planet survive.

If you believe in strict means over ends, you cannot choose the glancing blow. To do so is to endorse murder.

Very few people are this strict about things, but much like there are a thousand shades of red and none of them are “pure,” all decisions fork off of this basic division. If the order of reality is most important, you pick ends; if human emotions and social approval are important, you pick means.

Our conservatives in America and Europe of course do not know this.

American conservatives found out that in the 1960s their only hope of being socially acceptable, especially to women, was to appeal to the “individual freedom” concept. This is why they defend business, frown on environmentalism, and gleefully support guns and V-8 trucks for everyone. As a result, they talk mostly about means, such as “freedom” and capitalism.

The European right is even more lost. Living in fear of the past, they have come to endorse the same things as the American conservatives, but add on top of that a social welfare state. They refute social Darwinism, or the idea that society should contain some kind of competition that rewards the good and weeds out the incompetent.

Both groups have forgotten the essence of conservatism: a fixation on end results, which in turn leads to a study of not just material reality but its natural order, and as a result, a desire for the health of the society as an organic whole. Individuals and ideologies are means to this end, not the end itself.

The far-right have forgotten this principle as well. They want Muslims out of Europe because Muslims don’t assimilate; that’s a means, and can be fixed. They want to unite all Caucasians into one group and include all of us so our numbers are higher, but that also is a means. What’s the end? They don’t know.

As we head into another season of determining who will be in power, I suggest conservatives return to our gut instinct. Talking about methods is useless. We need to talk about what we want, and why it is the best possible life for our species and planet as a whole.

Anything else is a step off the path to the right, and a long cold and lonely walk down the schizoid and self-hating path of the left.

Reality | The protests that fizzled