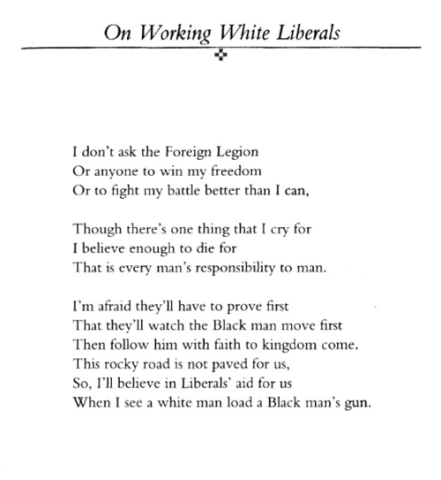 Maya Angelou died today. For those of us who lived through the Clinton years, she served as a symbol for white guilt.

Her poems, which resembled the visual art of Thomas Kinkade or many dime-store greeting cards translated into broken paragraphs, were mediocre. But like most things modern, they had the appearance of importance. This appearance was aided if not created by the public perception of Angelou as being on the front lines of “change.”

Had she not possessed the advantage of being black in a time of white guilt, Maya Angelou would have died without publication. Instead, she became a symbol for white liberals to use against the majority. Guilt is a weapon and Angelou’s incoherent and barely competent poems provided a spearhead for that effort.

To counter the vast media machine and all of the people who hope to ride its coattails to social acceptance — as opposed to achieving social acceptance the old-fashioned way, which is by doing something well or inventing something useful — some of us on Twitter have been waging a campaign of mockery because laughter and joy are better weapons than guilt:

We go forward To assert our equality. And by Equality I mean Superiority #writelikeMayaAngelou

Am I wrong? IDGAF Not that much About dead poets #writelikeMayaAngelou #NeverReadSorry