Mask Karen Effect Extends to the Little Guy Too 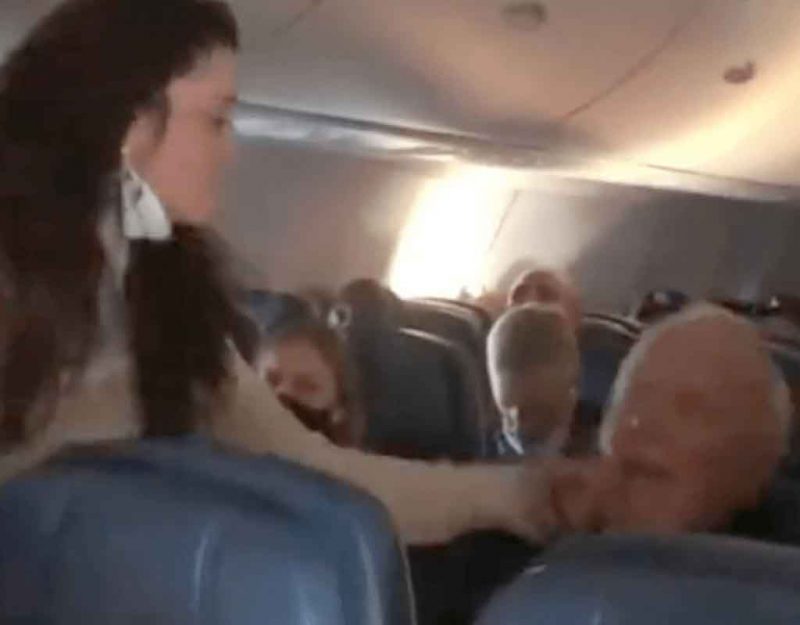 It is a tempting thought that our politicians, government, and big corporations are the problem.

Like all scapegoating, this misses the fact that we as a group are still in error in our thinking. We still begin our thoughts with the same assumptions that got us into this mess.

You can explain Joe Biden as a function of the bureaucracy recapturing the vote via theft through mass mobilization of Leftists and minorities, but it becomes harder to explain how Anthony Fauci, Nancy Pelosi, and Angela Merkel are so popular.

No, as mentioned elsewhere, this is a group of people who are lost becoming an abusive clique because they are rationalizing their behavior as good in order to avoid seeing how it is bad.

This strikes at all levels, from the most impoverished, loveless, lost, and longing Mask Karen all the way up through the type of person who is drawn to stumble through school, obey the rules, memorize the propaganda, and outwit the tricky little tests.

We are in the midst of a mass psychosis and mass hipnosis, and the only one doing it to us is ourselves. We are still relying on old, bad ideas and illusions because they make individuals feel comfortable.

However, these individuals are often not the best-qualified to make decisions, so we get comforting lies instead of hard realities (which, when accepted, lead to growth and newer, more positive realities instead of dark pointless stuff).

We all like to hate on Big Tech — nothing is more odious than a shopkeeper or nerd promoted to king status by popularity — but what made them big was ordinary people needing an easy, commitment-free way to keep in touch with friends and family.

We love Facebook for its insincerity. Instead of writing letters, making calls, or going to visit, we can just click the “like” button and figure we’re still in touch with Aunt Edna or that guy in college who barfed on the Dean after drinking a whole bottle of peach schnapps.

But what about when we look at what people are doing when they get a little power, like the Mask Karens, who have no reason to carry water for the big guys but act just like them?

The creators of Lemmy, a Digg/Reddit clone, have just defederated Wolfballs for being a free speech anarchy zone:

Based on concerns from both the admin team and most users here, the lemmy.ml admin team decided to add wolfballs.com to our blocklist. There is just too much reactionary content that breaks almost all the rules we have here.

Their objection seems to be as much to anti-panicdemic content as much as to the race realism, class realism, and irreverent humor.

Good leaders can go into difficult situations and make them work without losing their heads and lashing out, but most people are not capable of this.

Instead we get tyrants at the top, tyrants in the bottom, and people who just want a normal life — forgetting that they need a strong government, culture, and ethnos to do this — are caught in the middle.

My prediction is that in the future we will see most people as abusive when placed above their station in the order of nature. This is why shopkeepers become tyrants when they own technology platforms, no matter how big.

In fact, almost all human societies die through the loss of hierarchy, or keeping the competent in power. Mask Karens and Big Tech just show us two varieties of that process.

A Few Mentions Out in the Rightosphere | Succubus on Trial