Marooned Explorers In A Ruined World: The Generation X Experience 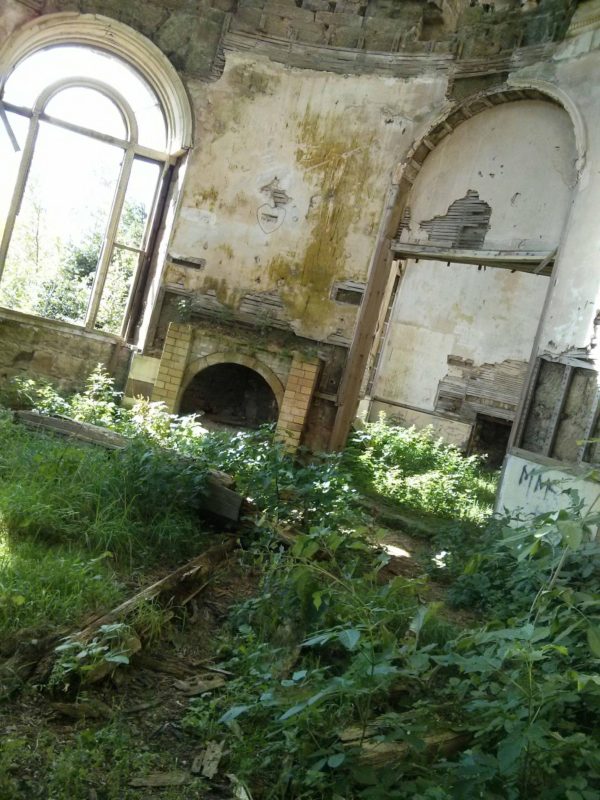 We knew something had fundamentally changed in America when the trucks showed up and workers installed bollards in front of the old bank. In the 1970s, people did not drive cars into banks in any great numbers, but now, this was the new normal.

This began a decade of slow retreat from what we knew to be necessary and real. Graffiti covered everything. Stores installed anti-shoplifting precautions. Airports added layers of security. Crudity and obscenity became the norm in movies, which now showed sex scenes in every film. Schools put in metal detectors and got even more boring.

Generation X citizens were born into the last grasp of a world where everything made sense, and watched as it was gradually eroded in front of them. Adults were crazy, with a few exceptions, their eyes glowing at the thought of jobs, our obedience and politics, but blind to how mundane and pointless everyday life was.

Products began to get mediocre. I remember my neighbor holding on to his old shovel as long as he could. “The wood in the new ones is no good,” he said, “if they don’t use plastic instead, which is worse. And the metal is thin because they could save a buck. Guess some MBA got rich off that idea.”

Government had become comedy too. Talking heads came onto the television, promised impossible things, and women voted for them. The women swung the vote every time, so they were treated like girlfriends by the politicians, who told them pleasant fictions and watched them scurry to the voting booths.

At this point in time it became popular to talk about how bad corporations were. After that, we talked about how bad technology was. Every now and then someone blamed bureaucracy. No one would talk about the issue beneath it all, which is that people had gone crazy and our political system was spiraling out of control as a result.

Every now and then you encounter a real person. They generally have a furtive look, as if they were foreign agents in a hostile land, which they are. Nothing they care about will be understood by the masses. Nothing they see can be shared. Nothing they know is true will be perceived as anything but irrelevant or worse, a self-serving lie.

The real people have been holding on to the idea of civilization for the past four thousand years as lies have piled on lies. The first idea was that there were no people who were better than others; this meant that those who told lies were seen as being as good as those who were truthful. This meant that everyone was safe from judgment, or in other words, safe from reality.

Since then society has been ruled by a series of proxies. Since we cannot choose the best to lead us, we set up some hoops for them to jump through, and reverse logic to conclude that those who jump through the hoops are the best. Real logic: find our best people. Fake logic: the people who do best at this trivial task are our best. The part stands for the whole, the moment supplants the lifespan.

And so we, Generation X, woke up: marooned explorers in a ruined world. No social institution could be trusted. Anyone who was vested or enfranchised in the system was suspect. Every day, the television blarted lies and distractions and almost everyone paid attention so they could signal how obedient they were.

School was like a jail, only more boring. Jobs were more of the same, being interchangeable cogs so that we could be replaced, which meant that everyone did very little real work — involving thinking — and spent most of their time putting repetitive stuff in the right form. Wealth was everywhere, but almost never enough to escape.

We knew that not only was this civilization dying, but it had died, and now our parents and grandparents had left us as a the sacrifice to the Moloch of failure and decay. We were worse than slaves; slaves are valuable. We were the products of our parents’ lust and denial.

And now, thirty years later, we watch the clock tick down in the West. The obviously corrupt, criminal and incompetent candidate Hillary Clinton may or may not have Parkinson’s; that’s a proxy for what we want to talk about, which is that she is vile and possibly evil and in any case, inept and soulless.

No one in public office or a public-facing role in business is competent. They are also all not-good. They follow the trends like the rest, hoping to cash in on the latest mass mania that has obsessed the Crowd because they need it to distract themselves from the yawning abyss, and with their dollars grasped in grubby hands, they control society.

We know — and we have known — that no society can exist by mass rule. Most people, including most with college degrees who think they are super-geniuses, have no ability to make those decisions. But our pretense of being nice guys so our neighbors will buy our stuff demands that we pretend that all of these idiots are Kings and geniuses.

In most ways, our generation has been playing the waiting game. We are waiting for it all to crash. When disorder hits, we can take up weapons without the well-meaning but vapid cops taking us out, or the military acting. We can kill those who need to be killed and put all the fools on planes to Brazil. But not until then. So we wait.

The Evil Emperors of The Amerikan Empire V: Cuck Dynasty | Brett Stevens Is More Extreme Than You Are