Mainstream conservatives are apologists on race 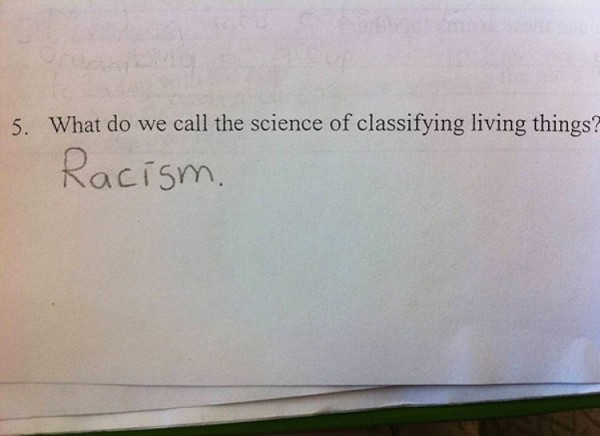 Mainstream conservatives — I might as well use this term now — have been in retreat from conservative principles for years. They do this by confusing conservatism, a defense of what is eternally true, with defense of what the previous generation did. Over time they become more liberal as a result.

For this reason, conservatives of the populist variety find themselves defending liberty, the Constitution, freedom, gun rights, and other methods, but they forget the goals for which those methods were invented. Conservatism is not a “do whatever you want” style anarchy, but a defense and furthering of the type of social order that made ancient Athens and Rome in their early years rise up above other civilizations to become in contrast to all others excellent.

Perhaps that is what Bill and Ted meant when they said “be excellent to each other.” Not flatter each other, not defer and allow other people to do whatever is convenient based on their own delusions or desires, but to achieve excellence so that all might enjoy. The movie presents the happy side of this, but the other side is what Plato himself might have said: make sure the good are rewarded and the bad punished, because the bad — in the name of excellence for themselves only — destroy excellence for all. But most importantly, this suggests that we aim above acceptable and non-controversial, and build toward ultimate solutions that create the best possible society.

Conservatism defends excellence by attempting to make a beautiful, good and truthful society. Mainstream conservatives give up on this goal and as part of their retreat, merely defend concepts from the near past, and abandon the idea of rising above that standard. As the nature of time is entropy, and the slow decline of order, this means that conservatives become people defending B- against C+ and not the people striving for A+. The original idea of conservatism is that some methods and goals will raise any society to a level of excellence, and that we should pursue those. Mainstream conservatives dare not lift their faces up to look at the glow of that possible future.

On race, this means that mainstream conservatives are defending the 1940s ideal of America: through tolerance and inclusion, we make sure that no members of any ethnic minority group are persecuted. The problem with this is that like socialism, it takes the burden off of minority groups to strive toward excellence on their own by presuming that every lack of success on their part is directly attributable to majority intolerance. This is basically racial prejudice inverted but preserved: if minorities are not succeeding, it is because they are inferior and someone noticed, so make war on the noticing and hand out subsidies and they will end up not discriminated against. As anyone with a brain pointed out back then, this was a band-aid at best and a form of eternal subsidy at worst. It was not going to succeed. Lo and behold seven decades later it is still failing.

While I admire Thoma Sowell and his writings on many topics, mostly economics, he follows the mainstream conservative line. That line consists of defending the idea of a mixed-race society as an achievable positive end, even though there are reasons why it can never succeed. Sowell writes, in his usual crisp and logical style, that the Baltimore race riots of 2015 are a result of liberal policies:

His argument presents difficulties because it is partially true. Liberal policies have ruined everything they have touched because liberals are reality-denialists who sew the seeds of future bad results and hide those behind very public “good intentions” a.k.a. altruism at the time. However, Sowell does not tell the full story, which is that multi-racial societies are doomed to failure because having multiple groups obliterates a sense of shared identity and replaces it with a political identity. That is a leftist goal: replace culture with ideology. The happiest populations know who they are through a strong organic identity, which is that they all look similar, act similar, have similar abilities and approximate preferences, and that they can all trace their origin to an original group who started up in their land to build an excellent society. When a society becomes multi-racial, all that holds it together is shared economic and political interest, which as we see from the fall of the Soviet Union, is not enough.

Sowell like other mainstream conservatives wants us to believe that if we just roll back a few liberal policies, everything will be just fine. Keep On Truckin’, in other words. But in reality what we see now is the crest of a wave; our policy has been wrong for a long time, but we have avoided seeing that because the results were not immediate, tangible and highly visible. We keep applying patches to the paradoxical and hoping for the best, but it keeps failing. Mainstream conservatives might peel off a few decades of failure, but ultimately they deny that the problem is multiculturalism. Note that I say the problem is multiculturalism, not specific groups (such as African-Americans or Jews, for example). Even if our society was composed of only 200 IQ point Norwegians and Japanese, it would still suffer the internal conflict of diversity and become unstable as a result.

It is time to stop apologizing for the failure of not just liberal programs, but the liberal concept of civilization. Conservatives aim for an excellent society, not just patching up failures, but mainstream conservatives have forgotten this in their zeal to be “pragmatic” and “compromise.” The result is that they have removed their legitimacy entirely. A dividing line now runs through conservatives, with those who want an excellent society and to that end have become ethno-nationalists on one side, and modern conservatives — a.k.a. “Marxism lite” — on the other. Ethno-nationalists realize that the best society has an organic identity and, without slighting other groups, the only way to achieve an excellent society is to exclude all other ethnic groups. This does not require hatred, violence or scorn, merely pragmatism about what will benefit all of us, which is excellent societies of people like us.

Sowell is a highly intelligent man who comes by this illusion honestly. He is, like other mainstream conservatives, trying to find a way to “make our society work” in the same way one can fix a 1960s Fiat ten thousand times and keep it running, but never rely on it because it is a poorly-designed car. Mainstream conservatives all follow this path, but in doing so, they are betraying their constituents. We do not need a white power movement or a pro-majority movement; we need recognition that our desire is for a society that thrives, and to do that, it must be mono-ethnic. Otherwise, the Baltimore and LA riots will be only the tip of the iceberg as it destabilizes and fails.