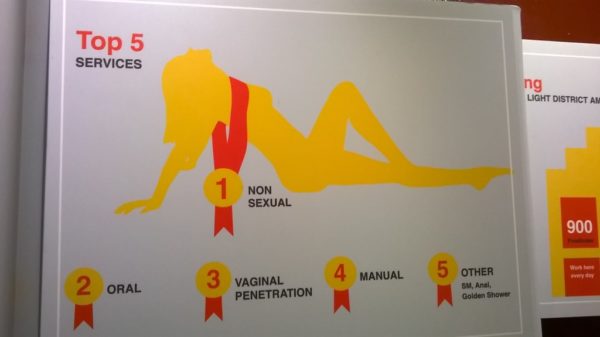 One of the inputs into the Alt Right was the spectrum of movements from Men’s Rights (MRA), Pick Up Artists (PUA) and Men Going Their Own Way (MGTOW). These consisted of young men who realized that the current model of marriage and dating is broken, and that it can be manipulated because it is inherently manipulative.

The primary reason for this manipulation is sexual liberation, which detaches sex from love and family, and therefore makes it into a commodity. This can be traded for favors, including social favors, and is viewed as a hedonistic good in itself, which means that men no longer need to demonstrate that they bring anything to a woman’s life except the sex act itself for a brief period of time.

As MRAs et al. went deeper into this theory, they came to realize that this detachment from consequences in turn makes the sex act for its own sake empty and unfulfilling. As if a light switch had been flipped, the first generation of this post-1970s men’s rights and pick-up artist genre modulated into more of a traditionalist view of women as having complementary roles to male roles, and both sexes as benefiting from chastity, family-orientation and a motion toward love, which requires both affection for and appreciation of another being, and enough of a transcendental outlook to believe in the concept of love as more than a trick of the chemicals in our brains.

In other words, those who explored sex as fully detached — or worthy of a pursuit in itself — came to the opposite view, which is that sex is only useful as a means to an end. This is significant because in the modern time, based on the idea of the human individual having primacy as described in The Enlightenment™ that then morphed into egalitarianism, our view is that all of reality is a means-to-the-end of human sensations, beginning with comfort and safety, and inverting this would have us see sensation as a means to an end of greatness, excellence, beauty or other transcendental values.

With the rise and proliferation of the Alt Right, much theorizing has gone on about the role of women. Some believe they should be oppressed; others see complementary roles as the basis for action in unison toward a transcendental goal of the intersection of love, family and future. Over the past few decades, as casual sex and divorce have permeated our culture, some dissidents have stood up for that goal against the prevailing “if it feels good, do it” cultural wave. One such account shows us the joy of marriage as something more than people using one another; it transcends manipulation and self-interest…

I genuinely believe Chris and I have maintained our â€œlikeâ€ for each other throughout infertility, mental illness, trauma and heartbreaks, two children and two career changes because we see each other as partners in every sense of the word. He has never tried to force me into the role of housekeeper, primary carer, on-demand sex toy with a pulse, or support staff.

When my first book came out, I lost count of how many people asked me how Chris was coping with my success. Chrisâ€™s ego was not threatened by my moment in the spotlight. Not only was he proud of my success, he was also part of it. It was our success. But I think this question reveals a lot about the power dynamics in many marriages and points to why it is so easy to lose the â€œlikeâ€.

I am not the woman behind the man, nor am I the woman in front of him. I am the woman next to my man.

…and contrasts the shocking soul-crushing experience of divorce, which repudiates the higher goal of marriage, and transfers that to the children, who are left feeling that they are unwanted mistakes:

When they did finally divorce, and I was in my late 20s, it came as a complete shock. I was crushed when my dad told me he had wasted 30
years of his life. Not only did it make my entire childhood a farce: it made me feel responsible for my parentsâ€™ unhappiness.

When happiness is measured by individual social power and sensation, then the individual is an end in itself, and the spouse becomes a means to that end, instead of both spouses seeing themselves as means to the end of a happy union, family, love, children and a lifelong bond.

As always, the pursuit of the self defeats us, as one woman found out when she destroyed a loving marriage in search of what was ultimately a phantom of her ego:

Eight years after that wonderful engagement party in 1989, I walked away from dear, devoted, loyal Matthew, convinced that somewhere out there, a better, more exciting, more fulfilling life awaited me.

Now I am 42 and have all the trappings of success – a high-flying career, financial security and a home in the heart of London’s trendy Notting Hill. But I don’t have the one thing I crave more than anything: a loving husband and family.

You see, I never did find another man who offered everything Matthew did, who understood me and loved me like he did. Someone who was my best friend as well as my lover.

When people think of love, it seems, they are focused on the outward aspects of the relationship, or how it makes them feel. Although it sounds more prosaic, love seems to come from those who are willing to enjoy each other and work together because of a willingness to appreciate the inner traits of the other, and discipline the outer needs to make the relationship work. Sometimes, self-sacrifice is called for.

Interestingly, this article also unleashes a pointed criticism of casual sex and dating:

I have had one other significant relationship since Richard – with Rob – but that recently ended after four years. Rob reminded me a lot of Matthew. He was decent and honourable, the life and soul of the party but with a kind and sensitive side.

But we were each too jaded by previous heartbreak to make it work.

The more experiences one has, the less one is bonded to any particular experience. It is not surprising that the more sexual partners one has, the more likely one is to divorce, which implies a difficulty maintaining bonds as described above.

According to at least one writer, love is not the exciting moments, but the comfortable and mundane ones, giving us a different vision of romantic love:

As the lover you get the edited highlights of a marriage: the laughter, the smiles, the sex. A relationship with none of the boring bits.

But what we lacked was emotional closeness â€” that lovely sense of wasting time together and the accompanying feeling of certainty.

Much like the children of divorce, what people crave in love is the sense of trust and ability to enjoy one another as people, and not means to an end of the self. When the ego takes over, marriage is destroyed by making it — like dating or casual sex — into an at-will contract where as long as the other person is convenient, they have a place. People want a place that is eternal, and only traditional love and family provide that.