by Jonathan Peter Wilkinson on December 20, 2015 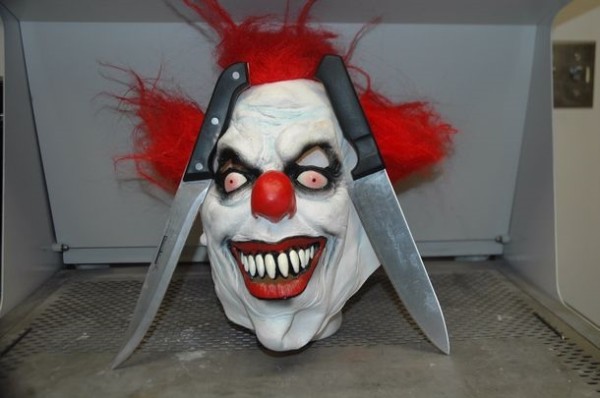 Itâ€™s a crying shame when people drop a couple of shooters, fire up the old laptop and say the dandiest things of Facebook. The CBS affiliate in Denver tells us the following tale of hitting post in haste and then repenting at leisure.

Loring Wirbelâ€™s Facebook post was captured by The Daily Caller â€“ a right-leaning online newspaper. The post states, â€œThe thing is, we have to really reach out to those who might consider voting for Trump and say, â€˜This is Goebbels. This is the final solution. If you are voting for him I will have to shoot you before Election Day.â€™ Theyâ€™re not going to listen to reason, so when justice is gone, thereâ€™s always forceâ€¦â€

Fortunately, justice might be stoned on the commode, but it hasnâ€™t quite left the building like Elvis. And, also, people who play stupid games tend to win stupid prizes. For the dapper and talented Loring Wirbel, his prize was funemployment. Not even the Colorado ACLU could be hypocritical enough to tolerate the presence of a board member who wanted to shoot others over political discourse while adorning his very own speaking platform with trendy and cute Eiffel Tower peace signs. At least they couldnâ€™t tolerate such forays into the unthinkable this week. And therein lies a taleâ€¦.

You see Loring Wirbel just thought it and said it. Itâ€™s in the matrix of available options when people decide what they are going to think. Colorado GOP Chair Steve House needs to put down the Cuck-Pipe and seriously respond by utterly vilifying this Gropenfuhrer wannabe. Instead, he offered us the following erectile dysfunction by way of reply.

â€œItâ€™s almost like, you will think the way we think, you will do what we want you to do, or we eliminate you?â€ says Steve House, chair of the Colorado Republican Party.

Itâ€™s not almost, Steveinator. It is. They want to round up your tight, white arses and gas you with the Zyklon B. They are under a temporary restraint from acting out their hate fantasies that is known as etiquette. Etiquette is at best a temporary restraint. What Loring Wirbel is working towards is the elimination of that restraint so that he can get his swerve on the way he wants it.

There will be a brief interruption of the two-minute hate now. Loring Wirbel is already playing his Aw-Shucks, Just Kidding Card. He wouldnâ€™t really mean something like that. You know Loring. Heâ€™s a lover not a fighter. Sometimes the mouth just moves a little more rapidly than the brain and the Love Grass says the wrong thing. Itâ€™s ok. Weâ€™ve all said the wrong thing when we got a little too enthusiastic.

Garveyâ€™s Ghost writes a telling blog post in which he tells us exactly how false and disingenuous the Aw-Shucks, Just Kidding Card really is. It is a way to insert a dangerous, genocidal thought-meme while proactively disowning any public responsibility before bodies hit the floor. He describes the process below.

You need to understand that this is the next step. Just like the socialist Nazi party, these individuals believe in a “final solution”. They are NOT KIDDING. Back in my day we didn’t have Facebook to announce our affinity for “killing the sellouts” so we would never have been caught for holding such beliefs. Today, it is only a matter of time before someone says it in some publicly accessible forumâ€¦.You need to understand that the current process of trying to economically destroy the opposition is the current means of “killing the sellouts”. Being put on the “racist”, sexist”, “homophobic”, “islamophobic” list is like making the federal no fly list. Once you get on it’s damn hard to get off it. Not only that but your rights can be abridged on the whim of those in charge.

And that, folks is what Loring Wirbel is all about. He may be claiming that â€œAw-Shucksâ€ he was â€œJust-Kiddingâ€; but in reality, he is pinning the Juden-Star on everyone heâ€™d like to see taken out in the next pogrom. With funny guys like Loring Wirbel around; we could all be just amusing ourselves to death.

Everything is fake | ISIS the distant mirror