Looking Critically At The “Horseshoe Theory” 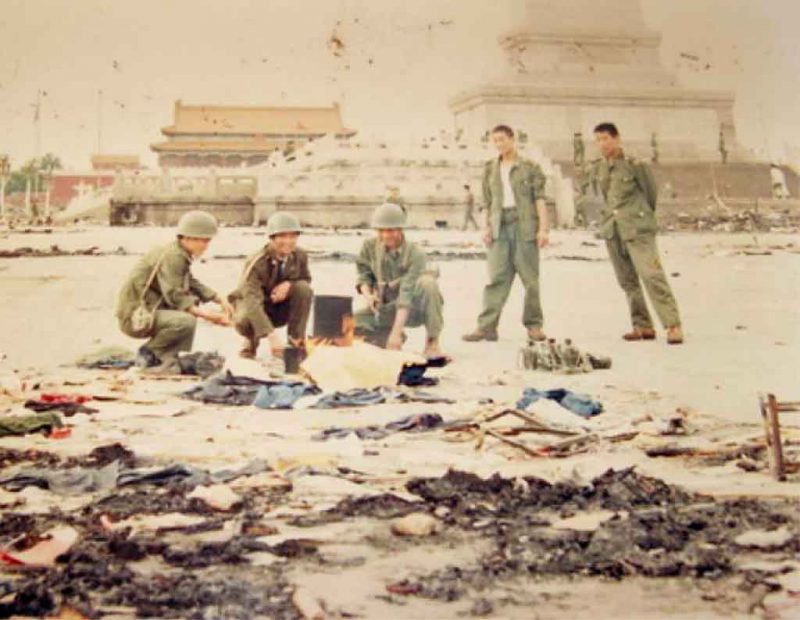 People desperately want to escape the obvious, which is that some methods work and anything too far removed from them is a path to doom, varying only in speed. If you go Full Communist, you face doom sooner than if you choose Social Democracy, for example.

Desire for the “third way” or “new theory” created an audience which wants to believe in something other than the obvious, namely that some forms of social and personal order are eternal, or work no matter what $year_number is.

As part of this great quest for the non-real, people cooked up something called “the horseshoe theory” which states that instead of being different ideas, Left and Right converge at the extremes because far Right and far Left regimes tend to use the same methods of enforcement.

Obviously this fails because they use different methods of economics and social order, but that does not deter people who are looking for a reason to avoid seeing the damage Leftism has done to our civilization. The horseshoe theory is just another form of pacifism.

If we pay attention to history, then we know that Leftism was a newcomer which, following the Enlightenment,™ placed the human individual in a new position ahead of the rest of social order, culture, and the divine.

This individualism, expressed in groups as “equality” or the idea that all individuals can be me-first and ignore social mores without suffering social consequences, took over the West and became enshrined in the philosophy of Leftism or egalitarianism.

The horseshoe theory hints at something that does exist, but it addresses methods and social size, anonymity, and diversity more than anything else. To tackle that, we need to look at the nature of anarchy and how it translates to political ideas:

It’s not in Ancapadise where you have “an anarchic society where everyone depends on jobs and government for a sense of orientation in the world, and the organic things like culture, heritage, customs, and faith are forgotten.”

That right there is a description of statism. There is no dependence on the government in a nation that has no centralized government that redistributes wealth backed by the threat of imprisonment and violence.

The entire article is worth reading, especially this insight on the Left:

You want to take back your nation. You want to save Western Civilization. But you don’t want your enemy to miss a meal or be homeless or lose a job.

The problem with the right is that they have compassion for other people. And that prevents them from allowing the left to die.

Returning to the notion of anarchy, however, we should look at this horseshoe theory again. Our analysis concerns the way society will depend on similar methods — bureaucratic, managerial, administrative — as forms of control when it becomes too anonymous.

Anonymity concerns a number of factors. First, there is size; next, mobility; then, lack of position in a class structure, daily life of a culture, and series of roles that fit what makes each person unique and not identical.

On top of that we need to look at diversity, since it makes society more anonymous by erasing common standards, behaviors, customs, non-political values, aesthetics, and ideals.

It seems paradoxical, but strong organic leadership and (relative) anarchy go hand-in-hand, as we see in the theory of anarcho-monarchism sensu J.R.R. Tolkien:

My political opinions lean more and more to Anarchy (philosophically understood, meaning the abolition of control not whiskered men with bombs)—or to ‘unconstitutional’ Monarchy.

I would arrest anybody who uses the word State (in any sense other than the inanimate real of England and its inhabitants, a thing that has neither power, rights nor mind); and after a chance of recantation, execute them if they remained obstinate! If we could go back to personal names, it would do a lot of good. Government is an abstract noun meaning the art and process of governing and it should be an offence to write it with a capital G or so to refer to people…

[T]he proper study of Man is anything but Man; and the most improper job of any man, even saints (who at any rate were at least unwilling to take it on), is bossing other men…Not one in a million is fit for it, and least of all those who seek the opportunity. At least it is done only to a small group of men who know who their master is. The mediaevals were only too right in taking nolo episcopari as the best reason a man could give to others for making him a bishop.

Grant me a king whose chief interest in life is stamps, railways, or race-horses; and who has the power to sack his Vizier (or whatever you dare call him) if he does not like the cut of his trousers. And so on down the line. But, of course, the fatal weakness of all that — after all only the fatal weakness of all good natural things in a bad corrupt unnatural world — is that it works and has only worked when all the world is messing along in the same good old inefficient human way…There is only one bright spot and that is the growing habit of disgruntled men of dynamiting factories and power-stations; I hope that, encouraged now as ‘patriotism’, may remain a habit! But it won’t do any good, if it is not universal.

Strong power means that the rest of society is not involved in leadership, which means in turn that we are spared the constant power struggles and political intrigue that dominates the news in our busily chaotic modern societies.

Where the horseshoe converges is that when society loses its focus, and becomes large enough to be semi-anonymous, leadership turns from looking toward the future to trying to control and manage its people.

This happens under any system, although least under monarchy. The monarchs tended to be more interested in setting high goals — aesthetics, art, science, architecture — than trying to save every last person from himself. They knew life is equal parts tragedies and triumphs.

The problem with externally managed systems, including anarchy, is that they create a power vacuum which then creates constant internal conflict. Anarchy works until your neighbor steals your plow; a society without rules leads to third world style poverty and chaos.

Our anarcho-capitalist is correct however in observing that the modern state has brought us to the same point as Communism did. Somehow, our capitalist/socialist hybrid has become about the same type of administrative-managerial state as Communism produced.

Our world economy is slowing down as a result. We have too many people employed in things that do not generate value, too many internal expenses, and too much infighting over power. This takes energy from productivity and creation of technologies and ideas for the future.

In the end, every society arrives at the far end of the horseshoe unless it has the sense to stay in the middle, which requires that its authority be singular and strong, so that the question of leadership does not become obsessed with controlling an unruly herd.

Where the anarcho-capitalists prove correct, they share in common with regular Republicans, which is the recognition that socialism does not work. In any form. Even in our hybrid states, we have made ourselves bankrupt paying for entitlements.

However, people regulate capitalism with culture, and this proves important because it ensures that only the good are rewarded. That makes capitalism serve society instead of the other way around.

The do-gooders see this and howl about how unjust and unequal it is, forgetting that most people impoverish themselves through low ability and poor decisions. “Poor people have poor ways,” as they say in Texas; there is a reason that they are poor.

If humanity can grow up and get past this time of endless bickering and quarreling over power, we will recognize that the bell curve is inherent, and that some will always have more than others. If those some are actually good people, society works.

Consider the benefits we receive from wealth. I would never want to own a Ferrari, but I am glad that there are people that do, because this way we can have objects of impressive power and beauty around us. Good designers are employed making those fancy gadgets.

In the same way, the wealthy have funded the arts, sciences, and education, in addition to giving to regular charities, since the dawn of time. Those who have wealth feel guilty about it, and giving makes them feel better, so it is an even trade!

It is only when we try to take the reins from nature and make life “fair” that we end up controlling a herd, taxing it to pay for entitlements, and ultimately wasting our lives on the concerns of idiots doing idiotic things.

As soon as you go down that path, you lose sight of any way back, because you have redefined society as daycare for idiots, instead of a place that produces and rewards greatness. There you find the end of the horseshoe: accelerating control to keep the herd in line.

Communism ended the same way that liberal democracy is now ending. It took too much out of the natural cycle, and in doing so, both enervated the cycle and depressed the people within it, since they no longer could count on reward for doing good things.

If you want to destroy a great society, implement human “fairness.” Soon everyone will be a slave to the state, attempting to make everyone equal, and the future will slip from your grasp. This is what has happened to the West.