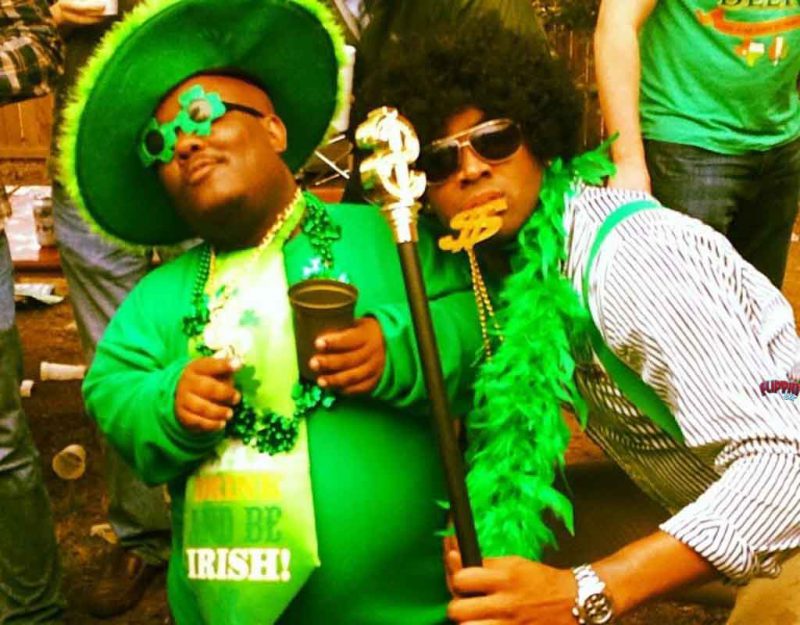 President Donald Trump just committed a subversive act in desperate times. For a certain, struggling group of individuals, having heard and been forced to acknowledge Donald Trump’s accurate and forthright denunciation of Baltimore, Maryland creates a crisis. Show somebody the elephant in the room, and then people have to figure out what to do with all the damaged furniture and waste products that having one of these magnificent animals in the Drawing Room will typically create. It’s better for the addlepated to pretend an obvious problem doesn’t exist.

Democratic Congressman Elijah Cummings whinged about how awful things were at US Border detention facilities designed to temporarily store illegal aliens. He has a point: they should be turned away immediately and sent home from whence they came as expeditiously as possible; this would be much more humane and just, for both them and us. But that wasn’t what The Wise and Venerable Congressman Cummings was getting at, so President Trump had a bellyfull of his sleaziness and decided to lay him out. Cummings represents a district in a city that lowers the bar for what people euphemistically refer to as Amerikan Civilization. Donald Trump called him out on the fact that conditions where he comes from on an average day are worse than detainment camp conditions during an illegal migrant blitz.

Trump tweeted Sunday afternoon, “If racist Elijah Cummings would focus more of his energy on helping the good people of his district, and Baltimore itself, perhaps progress could be made in fixing the mess that he has helped to create over many years of incompetent leadership.”

Cummings and the Dems predictably reacted like a nosferatu confronted with a crucifix. You can’t ever tell these people that diversity, equality, and socialism all increase the individual likelihood of encountering an early and regrettable demise. You can’t ever explain that a society without a merit-based hierarchy is on a highway straight to the mediocrity hell portrayed in The Epic of Gilgamesh. The Wire was fiction until leadership like Pelosi, Cummings and all of the cucks who just went along with people doing there own thing as long as the shootings weren’t happening out in The Burbs made it a grinding daily purgatory for residents of a typical Amerikan City.

Trump responded, “There is nothing racist in stating plainly what most people already know, that Elijah Cummings has done a terrible job for the people of his district, and of Baltimore itself. Dems always play the race card when they are unable to win with facts. Shame!” Later Sunday, Trump pointed out that “African American unemployment is the lowest (best) in the history of the United States,” under his administration.

Trump went on to say he was “Waiting for Nancy and Elijah to say, ‘Thank you, Mr. President!’”

I’ve met some outstanding human beings from Bodymore. The place deserves better somehow. Also, we need to practice egalitarianism and point out how unfair it is to dog Baltimore without mentioning Flint, Detroit, Los Angeles, Chicago, Memphis, and aww heck… We could say most of things Trump said about Bulletmore on Twitter about every major SMSA in Amerika. San Fecescisco, Newark, Trenton, Richmond, you can list the casualties of typical urban governance. The typical minority Democrat Amerikan Mayor does worse at running an urban area that any passel of municipal governments West of Mogadishu and North of Caracas.

Donald Trump was right on cusp of ripping the bandages off a sucking chest wound. Amerika’s cities are not dying. They are being murdered by the 3Ds – Diversity, Demotism and Democrats. It’s fortunate for the legacy of Lyndon Baines Johnson that the Russians never launched a full-on nuclear attack. People might have noticed the cities suffered less from ICBM irradiation than they did from five or so decades of the egalitarian Amerikan welfare state.

Our cities are unacceptably, inexcusably, and irreparably terrible. They are becoming as pervasive, as parasitic and as unsurmountable as a problem as millions of starving African peasants cursed with AIDS since birth. One could grow fatalistic, and figure a sucky, failed life is what you get in the ghetto. The music easily searched on YouTube about our cities is about the legacy of failure and betrayal.

The economics published about cities tells how housing filters down until outsiders buy up all the garbage heaps and undertake urban renewal. The people that live in these cities are the ones you want to send packing and replace. Hence the Hispanic wave that overran Compton in Los Angeles. Hence the “surfacing” that occurs in New York City neighborhoods represented by wealthy, spoiled princess Congressional Reps who never lived anywhere near the constituents trapped therein. People just hose these people out and then knock down the projects. It’s that or places like Baltimore or Trenton ultimately die as economic entities.

What Donald Trump described will accurately describe any major Amerikan urban area that buys into the lies of equality and diversity. People who do stupid things need to start winning stupid prizes while they are young and the lessons rather than the consequences are permanent. The people who are supposed to lead in these places must actually be forced to do so. The total lack of accountability up and down the chain from Kindergarten to Grave and from Ghetto to City Hall is gradually lethal. Living under Leftism is like drinking the water in Flint, MI.

You are better off as a migrant in an ICE detention Center than as a Sophomore in a Baltimore Municipal High School’s non-college academic track. Donald Trump is an evil man for pointing out this obvious reality. The miniature men who “lead” these places all point there fingers and scream !RACISM! like Pod People. They have no solution and can offer no solution until they stop being the Leftists that they yea, verily are. They fear that the future ends now if they are forced to start owning this truth. Obviously, Donald Trump is an evil President for forcibly disputing the lie that locks in the torpid status in Bulletmore, Murderland.

Woo Watch: Fears Of Expensive Insulin | Working Toward, Not Against