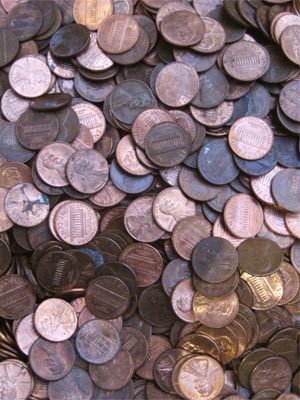 If you want to destroy a civilization, subvert its sense of value with fashion. That way, instead of wanting good things, the citizens want “exciting” things, and you can work around logic. There is no longer a right answer or even a way to assess one answer as better than another.

These false values are doubly destructive. First, they destroy any value that is comprehensible or logical; second, by becoming the new values system, they are defended by well-meaning idiots who thus subvert their own authority, driving people away from the concept of values at all.

Soon you have full-on anarchy, which translates to “the lowest common denominator wins, every time” because the frenzy of an anarchic society does not have time to stop and wonder about the best answer — or even a good one. It cares about what is socially fashionable in the moment, to the individual, and damn the consequences.

All of that sounds good — it is after all the most freedom you can ever really have — until you consider the long-term consequences and cost. The consequences are social chaos and a paranoid distrust of other people, even when or I should say especially when acting carefree and sociable, and the cost is having given up on a values system that will reward you for being good at anything.

In other words, anarchy rewards those who feel they need anarchy, which are generally the people who aren’t making it in a structured system, and are afraid of competence tests and responsibility. Anarchy is for those who want civilization without the responsibility of civilization.

There’s another problem to false values: they are a human construct. Some would call this a “social construct,” but that term has been murdered by leftists who apply it to biological realities like gender, intelligence, heritage, etc. so we no longer use it.

Since false values are a human construct, inevitably they fail.

Our recent recession for example is just a small failure, a taste of bigger future fails to come, that reflects our economic system discovering suddenly that the consumerist empire is based on idiots buying plastic crap from Wal-Mart.

Your fellow idiots would love to blame someone called “banksters,” which is a predictably stupid view: blame others for your problems. Bankers only get away with what they do because of a huge mass of credulous fools who are so intent on their pleasures and toy-buying that they don’t really care what happens in government, and by extension in the economy.

They approve corrupt leaders and moronic ideas by the bushel, and then blame “the bankers” when the economy collapses because ten million idiots mortgaged homes they couldn’t afford and then ran away when the bills rose.

Now look at what your fellow citizens are doing to further ruin your life:

Women are jumping into the sack faster and with fewer expectations about long-term commitments than ever, effectively discounting the â€œpriceâ€ of sex to a record low, according to social psychologists.

More than 25% of young women report giving it up within the first week of dating. While researchers donâ€™t have a baseline to compare it to, interviews they have conducted lead them to believe this is higher than before, which increases the pressure on other women and changes the expectations of men. – NY Post

“Man, don’t be a buzzkill. What’s wrong with that? More sex for everyone! It’s like … sexual socialism! Free love. We all get laid. Rock on!”

Yeah, about that — you have to think like an economist. If they’ve devalued sex, that means they’ve also devalued you. That means that they’re going to have sex with idiots and then at some point, want you to marry them and put up with their neurotic slutlike selves while they bork out spawn.

The problem is, again, that they’ve devalued you. Expect to be divorced. But before that, expect that your spouse will never honestly give half a crap about your needs, will never respect you, and will sneak around behind your back doing all sorts of unseemly things. It’s like being a bonobo.

In addition, your sex life is now going to be terrible. With women giving it away cheaper than before, skill is no longer a premium. As a result, you’re going to see the girls you’d like to be with going home with douchebags 90% of the time, except that odd night when you get sloppy seconds.

Free love. Sexual socialism. More like: a total absence of sexual value. And that means a total lack of value to you, to relationships, to marriage, etc. which means you’re a fool if you even participate in one-night stands. It’s all toxic. That leaves you with escort services and a lonely long life ahead.

The sad fact is that plans based on illusions fall apart and leave wreckage in their wake. Take this sob-story for example:

Veronica’s husband, Jonathan, had a busy studio where he recorded and produced up-and-coming rap, hip-hop and R&B artists. But when the economy tanked, his clients ran out of money and he had to pawn his equipment to pay the bills.

The family downsized to an apartment in Long Beach, then a friend’s spare room in Corona. When the friend was evicted last year, Jonathan, 35, Veronica, 34, and their four children ages 3 to 8 were homeless.

The Longs squeezed into a room at the Union Rescue Mission, which has turned over two floors of its main shelter to families washing up on skid row. Soon after, Veronica found out she was pregnant. (She thought she couldn’t have more children because of a medical condition.) – LA Times

The L.A. T wants you to weep for these people.

I suggest you laugh at them. First, for getting into this hilarious debacle, and second, for allowing a national newspaper to expose their ridiculous predicament for everyone to see. It’s like fail squared.

A studio for up-and-com, rap and R&B artists? Give me a break. That’s weenie music. No man worth his time would listen to such obvious childrens’ music. But even more, it’s obsolete. At this point, we have too much of it. It’s easy to produce. The audience isn’t critical. And most importantly, it doesn’t give anything to the economy or culture — except false value.

Real value is a business that generates more wealth. If you have a prosperous farm, manufacturing concern or even something intangible like a software firm, you are contributing.

People who are pandering to the dead-end consumer audience, like entertainment products and hair care, are not actually contributing. They are moving money around in a way that is guaranteed not to produce more of it. Instead, it does the exact opposite, and fritters it away into the ghetto activities of a dying nation.

The connection between this and sexual socialism is that they use the same principle: you either concentrate your power and do something meaningful with it, or disperse it through pointless activity. The latter is a false value and is destined for total failure like all other illusions.