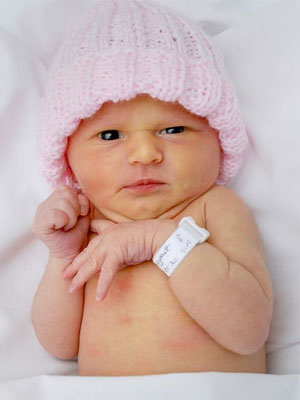 Science is the idea of using the scientific method, investigate-hypothesize-test-repeat, of learning about our world. “Science” is the idea that an organized consensus exists in the scientific community on issues that are important to liberals, and that thus liberalism is proven by science.

Nothing could be further from the truth. Liberals are in fact in denial of science every day, starting with the Darwinism they like to claim conservatives deny. The very basis of liberalism, enforced equality, is anti-Darwinian in its nature.

Recent articles have been pointing out that science is not self-correcting and the peer review system in “science” isn’t working. Scientists need to get paid, after all, and there’s two ways to do this.

First, they could find a wealthy corporation that needs a certain result. Want to prove that eggs will kill you, and so we should eat cheese instead? Hire some scientists. Do ten surveys, and pick the one that has the results you want. Can’t replicate results? Not your problem; science works by proving correlations and implying universality, not proving it.

Second, they could find a popular notion, like what Malcolm Gladwell does for neat ideas. They could then create some innovative research that makes that idea seem palatable to a lot of people. They could then in turn get lots of people to buy their books, watch their interviews, and make them famous, so they get their own labs someday and/or retire rich.

That’s how it’s done in the Science Industry, which is what “science” really is.

Now there’s a recent study that tries to imply that gun rights defenders are the liberal’s favorite category for ideological enemies, “racists”:

Racism is related to policies preferences and behaviors that adversely affect blacks and appear related to a fear of blacks (e.g., increased policing, death penalty). This study examined whether racism is also related to gun ownership and opposition to gun controls in US whites… logistic regressions found that for each 1 point increase in symbolic racism there was a 50% increase in the odds of having a gun at home. After also accounting for having a gun in the home, there was still a 28% increase in support for permits to carry concealed handguns, for each one point increase in symbolic racism.

So let’s break this down.

Next, they’re using proxies for racism based on… well, what? …based on the scientists’ interpretations of what “racism” is.

Then they’re assuming there’s no natural correlation between this perceived racism and other factors, such as distrust of impoverished people (who do commit more crimes, right, science guys?) and the stress of having ethnically divided neighborhoods.

Finally, there’s the use of “logistic regressions” which is a technique of attempting to disprove a false association. However, these all succumb to the same attack which is that not only is correlation not causation, but logistic regressions do not address causation itself. There can be other causes not included in the study to which these things can be attributed.

In short, a typical liberal hit piece. Cherry-pick data. Use arbitrary symbolic abstractions. Filter heavily. Draw broad conclusions. Claim liberalism = science as a result, even if you can only sneeringly imply it and not outright state it.

If you want a reason why people like myself refer to liberalism as a mental health disorder, you can see it here. They look at reality, and change what they see in their own minds in order to fit into what they want to see. They are projecting themselves on reality.

Liberalism is based on a logical fallacy | The essence of liberalism: the cheerleader effect and self-esteem