How the zombie war began

by The Lifehacker
September 2067 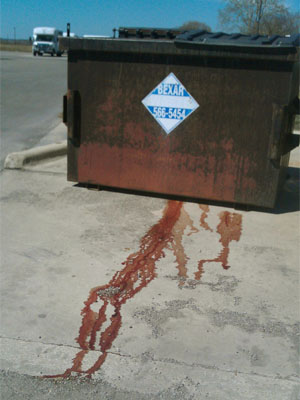 I’m not going to beat around the bush. We all know that things are bad. Maybe in 2046 or 2048, some of us still believed we were “priming the pump” for economic recovery and things could get back to normal under the right leadership. I can’t imagine anyone still held that faith after October 5. We all saw the livestreams and broadcasts, the millions of displaced families. We saw the President announcing that nothing could be done. It was a defining day for me, and probably for the rest of you as well. We live in an age of survival now.

But on this blog, we have something the rest of the world doesn’t have. Our adepts understand the art of human rationality and the unique realizations that come from Insight Porn, and the Lifehacks it gives us over the uninitiated. Yudkowsky may have passed before He could complete His work, but we all remember His teaching: defeat the past! become stronger! Tsuyoku naritai! You don’t have to believe that we will become “Supermen” (although I acknowledge some of my fellow contributors do) to recognize that our completely free logic, unimpeded by the foolishness of religion, will help us survive this crisis better than anyone else.

At this time more than any other, we need to recognize that the past is only a chain preventing our progress. I realize “progress” is a dirty word these days, but the progress of the individual, running away from the past into the future, is eternal, and nobody can deny that a mature human being who is constantly seeking progress is much more useful for your Super Survival Team than a husband who is tied down to his wife or kids. It’s about getting rid of your irrational religious, political, social baggage and getting stuff done.

That’s why I know that what I am about to share with you know will garner logical, thoughtful responses on morality and ethics, rather than knee-jerk, sentimental revulsion.

I have eaten my mother.

As this blog has always recommended, I kept five months of emergency rations in my vault, and I kept the key to the vault on my person. Two weeks ago I lost the key. And yes, there is much, much more to that story — but the point is, I am now penniless and hungry.

I haven’t spotted the food truck for forty-five days, four hours, and 10 minutes as of this writing. Mom wasn’t doing too well in the first place, to be frank. I did the best I could, but she passed four days ago. In the morning when she ceased to be a living being, my electricity went out, and it only just came back on. Because I spent so much to fortify my Albuquerque home back in the 2040s, I never had the money to move somewhere greener. My completely secure home is the only inhabited one in my block.

The most ethical means of procuring food in this situation would be gathering grass, nuts, and berries. None of these are available in 2060s New Mexico, for obvious reasons. Less ethical would involve trapping animals, but I haven’t seen an animal here in over a year.

And a huge pile of still-fresh meat is slowly rotting in a bed right across from mine. Do you begin to understand my predicament?

Way back in the day, Sir Richard Dawkins said in an interview: “I can think of no moral objection to eating human road kills except for the ones that you mentioned like, ‘what would the relatives think about it?'” But let’s not Appeal to Authority. It’s time to use your own logical processes.

Unscientific superstitions aside, the only argument I’ve heard against tomokui (the Japanese word) of an already deceased body is the “gross factor”. Is that at all rational? If we employed the “gross factor” in our logic, we would never have rejected homophobia, and then where would we be today?

Let’s turn off our Lizard Brains for a second and ask ourselves, What Would Yudkowsky Say? He would say, defeat the past and live in the present! What a pile of meat once was is irrelevant to its present existence. This is not a thing that “was” once my mother; ideally, there is no “was”, and the fact of the matter is, meat can’t object to being eaten. Claiming that eating meat can lead to worse, actually immoral acts against a living being is the Slippery Slope Fallacy.

I’m sure you’re wondering, how does “long pig” taste? Well, I originally tried to eat it raw, but it was too much like uncooked chicken and I couldn’t digest it. Later I cooked it with the garnish of salt and it was good. The best part, oddly enough, was the brain. As an irrational matter of purely personal taste, I would definitely want to eat the brain again.

Well, there may be a lot of people crying “gross” or who want to try out my Logical Fallacy Detector, but that’s what the comments section is for. Sound off below and give me your worst!