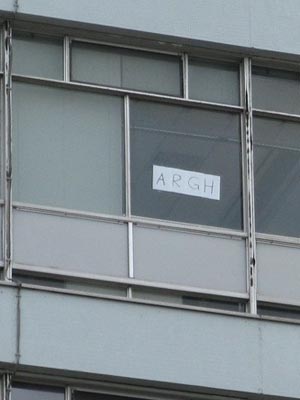 What exactly is a people, like “Americans”? Some would define it as the people within American borders, or ideologically as those who love freedom and apple pie.

A better definition could be an organic one, which touches on the above categories but does not use them exclusively. Just like a salad is lettuce, tomatoes and other ingredients, but isn’t made up of any one ingredient, we have to look for the overlap in categories.

Americans are those who uphold a certain spirit. This is a lovely country when you stop thinking about politics; the natural land is as beautiful as any place on earth, and the people have a goodness to them. They believe in creativity applied in practical ways, and cutting out any steps between concept and action. It’s hard not to like such people.

The American spirit includes a good deal of things we’re afraid to talk about. It isn’t very hippie, at its core, although it is friendly. It believes in moving aside the dying and moving in the fresh, always rushing toward a new goal, a greater excitement or a limitless frontier. It is also tied to the nativist heritage of Americans, namely the English-German-Dutch and minority French roots of the American aggregate.

Over the past four decades, accelerating since the Viet Nam war, Americans have lost their spirit or at least muddled it. Self-hatred has become trendy. Most of this can be tied to the Baby Boomers who decided to become radical leftists in order to out-do their parents as freedom fighters, but even before them, the “greatest generation” was born exhausted out of WWI and they treated their children like inferior beings, possessions or investments, which caused those children to become virulent rebels.

The result is a society divided against itself, which makes even the Silent Majority who are neutral pick up some anti-Americanism. In fact, anti-Americanism is most profound in America, and has become part of our national culture.

As a nation we resemble our basement-dwellers, waking up to self-loathing and another day of working in the video store, wondering when we’ll make something of our lives. Sure, we’re earning money; but what is the future of this grand effort, and what really excites us? Earning money after all can be seen as a defensive move, where we like to have cash around because we don’t trust the unstable place in which we live and want to be able to buy our way out of problems.

One major source of our confusion is a symbolic confusion. Not the kind that postmodernists endorse, where they swear that verbs themselves lead to inequality and oppression, but a simpler one: we are not honest with ourselves. But since we must keep selling whatever it is we peddle at our day jobs, we strap on the false smile and trudge onward:

Researchers found that walking around with a forced smile and faking happiness simply led to people feeling gloomier.

So, putting a brave face on your woes could actually be counterproductive.

The research found that women suffered more than men when pretending to be happy.

He said: “There have been some suggestions that if you do this over a long period you start to feel inauthentic.

“You’re trying to cultivate positive emotions, but at the end of the day you may not feel like yourself anymore.” – The Telegraph

We don’t know ourselves anymore. We are surrounded by a kelp forest of red tape, of rules both official and social about what is offensive to whom, and a cryptic maze of rules about careers that mask the ugly underpinning truth that the game is often rigged because no one trusts society at large. As a result, we game the system. Employers don’t advertise the real jobs; they hide these, lest some unqualified candidate get there first. People lie to each other and hide useful information. We undermine the efforts of others in order to keep ourselves strong. The sum total of these many tiny injustices is a system of covert paranoia and fake, plastic public smiles.

Holden Caulfield, in the otherwise unexceptional A Catcher in the Rye, gained our attention because he said the one thing many people were thinking but couldn’t quite articulate: most people are “phonies,” or are pretenders, fakers, salespeople and actors, but have no authentic thoughts. They are manipulators. If you want truth, shy away from society entirely because it is based on lies.

State Senator Dan Patrick, Republican of Houston and the vice chairman of the Senate Education Committee, called the 58,575 people employed in nonteaching support positions by Texas public schools — “your math department supervisors, your curriculum experts” — a soft target for budget cutters. According to Mr. Patrick, the ratio of teachers to nonteachers, which includes those employed in administrative and support capacities, in districts has grown to nearly 1 to 1 today, from 1 to 4 in the 1970s.

Mr. Patrick cites a staggering statistic — Texas school districts are the fifth largest employers in the world — to suggest that there is plenty of opportunity for slimming down.

“As the old saying goes,” he said, “when I start seeing districts firing assistant football coaches, then I’ll really know that they’ll have a lean budget.” – NYT

The phoniness continues at all levels. We hire tons of administrators because no one wants to take responsibility, and would get sued pantsless if they did. We bloat ourselves, resulting in many people having do-little jobs instead of a relative few having important jobs, and then we resent those jobs for being unimportant and let’s face it, boring. As a consequence of this bloat, we’re forever on fire to sell junk to each other, so we cover every available inch of space with commercial messages. The result is ugly cities and internal division.

We have even brought back something our primitive ancestors, wary of those who blaspheme against the golden idol, would recognize: the speech taboo. Some opinions just aren’t done. And we pretend that we’re enlightened for not having them, but they keep cropping up, so we slash back against them, feeling secretly miserable that we can be so divided and that our response is so juvenile:

Zemmour’s “controversial” remarks included his observation that most drug dealers in France were black or Arab, and that employers “have the right” to deny employment to those two groups of people.

Zemmour’s criminal speech occurred on a popular talk show during a discussion of why French police seem to stop minorities more than whites. Said Zemmour: “But why are they stopped 17 times? Why? Because most dealers are blacks and Arabs. That’s a fact.”

So Zemmour wound up in the French dock, and must now pay $14,000 to five groups that sued him for racism. – TNA

We’ve gone beyond cautious and compassionate to just stupid. While political correctness is vile, an underlying culture of dishonesty allows it such that we flatter each other, lie to each other, and then declare some topics taboo so that we have a reason to feel superior to those people with “unpopular” opinions.

Those who behave in such a way would like to think that their acts affect themselves only. In their pleasantly distracted minds, these are lifestyle choices, like the color of their wallpaper or the type of SUV they put in the driveway. But in reality, these acts undermine our ability to trust our society at large, crushing our spirit and immersing us in self-hatred.

Liberalism is the cause of inequality | Sexual liberation sacrificed the family