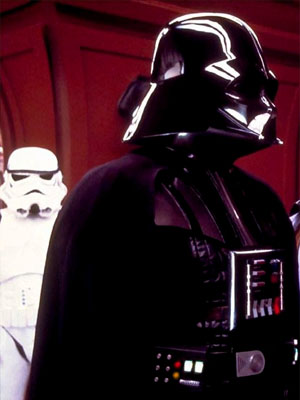 Liberalism is the core of a snowball. Its one concept is that the individual is equal, therefore can do whatever they want independent of shared cultural values or reality itself.

As a result, liberalism takes on any value that is compatible with a rejection of allegiance larger than the self. It can for example embrace capitalism, in its consumerist form that says all business exists to serve the individual’s whims and fancies.

Ironically, because individualism is based in the individual, it tends toward groupthink because it unites people who have nothing in common except a desire to be “free.” This idea of being free implies two things: (a) a desire to have no goal and (b) someone or something obstructing that non-goal.

This creates a mob of people linked by their desire to not be part of a group. One of the reasons liberalism is so hard to diagnose and remove is that it is fundamentally paradoxical. “We’re all individualists, so we formed a lobbyist group called Liberalism, now you must obey!”

As time goes on, even the descendants of the most dim-witted peasants are starting to realize that like the advertising on television, liberalism is not telling us the whole story. It’s telling us what it wants to sell us (freedom) but forgetting to mention that the cost of freedom is slavery.

Before the Great Crash, critics of globalisation were isolated on the loony fringe: tear-gassed in Seattle and whacked with truncheons in Prague, as the west’s leaders gathered to congratulate themselves on reaping the benefits of unfettered world trade.

…From the Indignados in Spain, who have espoused the cause of the 50% of young Spaniards now out of a job, to the Occupy movements that have sprung up in New York, London and scores of other cities around the world, to the villagers in Guangdong, China, protesting against government land-grabs, many thousands of discontented citizens are making their anger felt about the way the system has failed them.

The demands of these inchoate groups may not be fully formed; but they have noisily identified the fact that there is something deeply wrong with today’s world economic system, which puts unfathomable riches in the hands of an unaccountable elite, while millions are trapped in unemployment and poverty. – “We can now see the true cost of globalisation” by Staff, The Guardian

In a double irony, the editorial above shows the problem with most revolutions: they imitate the order that went before as it is all they know. This editorial argues for an end to globalism by using the ideology that created globalism.

Our problem is not elites. It’s not proles either. The problem is equality itself, which when applied to human populations inevitably creates a breakaway group of “individualists” who then insist on a destruction of all shared purpose, value or goals. It is the anti-civilization, the ego out of control.

It is also inevitable that liberalism would create Internationalism — sorry, I used the 1930s word for it; I mean Globalism. The essence of globalism is the notion that national borders and customs should not obstruct the individual from fulfilling its whims and fancies, and if we have to unite global business to do this, well so much the better. It is after all more efficient to have a Wal-mart or Taco Bell than a local Mom n’ Pop shop.

Taken together, the 1% and the 99% form a political entity that systematically eliminates anything but itself. It wants government to protect the individual from any obligations but its own whims, and to balance that with commerce so everyone has money, because money is freedom. It consumes all in its path.

Mr Obama described his programme of using higher taxes on the wealthy to bankroll new government spending as â€œa recipe for a fair, sound approach to deficit reduction and rebuilding this countryâ€. To which we who come from the future can only shout, â€œNoâ€‘o-o, go back! Donâ€™t come down this road!â€

As we try desperately to extricate ourselves from the consequences of that philosophy, which sounds so eminently reasonable (â€œgiving everybody a fair shareâ€, the President called it), we could tell America a thing or two â€“ if it would only listen. Human beings are so much more complicated than this childlike conception of fairness assumes. When government takes away an ever larger proportion of the wealth which entrepreneurial activity creates and attempts to distribute it â€œfairlyâ€ (that is to say, evenly) throughout society in the form of welfare programmes and public spending projects, the effects are much, much more complex and perverse than a simple financial equation would suggest.

It is probably obvious that the people from whom the wealth is taken will become less willing to incur the risks that entrepreneurial investment involves â€“ and so will produce less wealth, and thus less tax revenue. But more surprising, perhaps, are the damaging changes that take place in the beneficiaries of this â€œfairnessâ€ and the permanent effect this has on the balance of power between government and the people. – “Barack Obama is trying to make the US a more socialist state” by Janet Daley, The Telegraph

In the name of the meek, and penalizing the strong, we re-create the order which defies us all by destroying the civilization we need to actualize our dreams. We need stability that comes from having culture and values and a shared goal. We need it as a backdrop, as a support system and as a common language. Without it we can be individualists, sure, but in a meaningless cardboard existence.

In fact, all of politics is a ceremony of opposites. Individualism creates groupthink. Liberalism creates calcification. Freedom creates slavery. Justice creates the police state. Every time the human mind intervenes, we seem to create the opposite of what we wanted.

We need to pick a new path. Every time someone says that, the “wise” pundits trot out the same old justifications of individualism and the meek/poor. I suggest our new starting point should be designing a society for the 100%, not the poor, who inevitably become an empty symbol for the next generation of authoritarians.