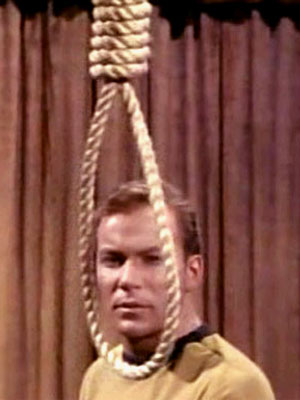 Two centuries or so ago, we decided to cut our society free from a center. No longer would we unify ourselves with transcendental values such as culture, values, spirituality and aristocracy, but we would focus on the body. Specifically, the equality of anyone who had one.

Ever since that time, our society has been a merry-go-round of blame. We started by blaming the kings, then we blamed the wealthy, then we blamed the Church, and then a series of political enemies from Anarchists to Hitlers. In each case we were told that someone was to blame, and if we removed them, Utopia would reign.

After all, we fought “the war to end all wars.” Before that, we beheaded countless aristocrats. We have killed more elitists, racists, fundamentalists and wannabe oligarchs than we can keep track of. Our purges have been subtle but always emphasize finding someone to blame for our position.

But then it doesn’t change. The circle of blame comes around again; a new enemy is found and conquered. If not Hitler, Pol Pot; if not Pol Pot, the druglords or KKK, or maybe carbon emitters. Who knows who will be next? Each time it is insinuated that if we remove the persons we blame, we will finally be free.

And yet freedom is never free, in that to be free you must be freed from something, which requires we construct a Satan to blame for our predicament. That gives us for a few shining moments purpose as we form a lynch mob, find an incarnation of the Devil, and burn his witchy corpse in the town square.

Morning comes, and our problems remain — in fact, they have intensified. We did not remove their source but one instance of them, or perhaps only one reflection of them. The real problem remains because we carry it with us, through our assumptions and undisciplined behaviors. We are to blame.

Even if we were not to blame, it is clear that those we blame — even if we assume everything said about them is true — are not the source of the blame, nor those who will fix it. We are the only people who can fix it. We are in the driver’s seat. If we don’t fix it, no one will.

To motivate groups of people, it is handy to have someone to blame. Nazis, Jews, Anarchists, Communists, Satanists, drug dealers, sexist hip-hop, Racists, Negroes, Christians, Muslims, The Rich. But the blame obscures the real task before us, which is fixing the problem instead of obliterating its symbols.

Under the microscope | Liberalism = Globalism