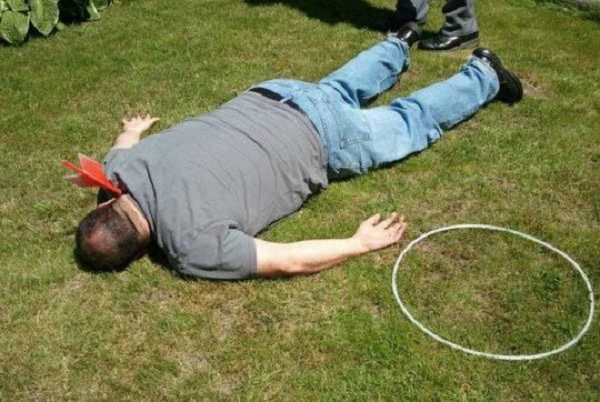 Extending the series of unflatteringly anarchic posts on this site, a new concept reveals itself: we should no longer criminalize murder.

This means that there would be no criminal consequences for murder. You kill and… no government SWAT teams descend to arrest you, throw you in a van and haul you off to a holding cell.

However, there could still be other penalties. The Althing, the Nordic method of rule, acknowledged the payment of large sums to the families of the murdered. If you could not show that the killing was in self-defense, you were presumed to owe them money. If you wanted to stay in that community, you paid up and the matter was considered settled.

These were not trivial sums, as victims get today. They enabled families to survive and often expand their holdings.

Of course, to have this kind of system you need to do something to protect yourself against those who would simply claim bankruptcy. This is why these societies put people who ran up debt into servitude.

Where is the wisdom in all of this? our modern minds cry out. There is no safety, no security, no justice!

Those cries are an artifact of our tendency to think entirely linearly. Here we are looking at a mechanism with multiple forces working at the same time. It is not as simple as arrest->trial, but it is more effective.

In our current society, a murderer can look forward to some time in jail where other people pay for him to live. He will become not only the State’s prisoner, but its responsibility. His housing, medical care and upkeep are all taken care of. It is very unlikely he will get the death penalty and even then, it will be years or decades before he is executed.

Under the Nordic system, the murderer must take responsibility. When he kills, and it is not self-defense, he pays. He must have money, or he will be put into servitude, so he also has a responsibility to the community to be contributing to it. He cannot simply choose to do nothing for a living, or he will be seen as useless. At the same time, earning a living takes on a more vital role as contribution to the community and not extraction from it. Modern people view their salaries as something they are paid by society; in the older view, income was the result of the act of participating in maintaining and advancing the civilization.

Now, you say, but what about the unknown murderer? As it turns out, those are relatively rare; most victims know their killers. For the others, the only solution is a lack of anonymity, but not in the psychotic linear thinking that produces a “panopticon” where everyone is on camera all the time.

Instead, we might consider smaller communities. People live in towns of 500 where all are known to each other. If they must commute to a city, it can scarcely be farther than most drive anyway. There will be wilderness surrounding all human communities and so the air will be cleaner and the water purer. Towns tend to cluster such that they are a few miles of wilderness apart but in frequent communication. This is a more mature view of the modern suburb and gated community.

Without anonymity, people know those around them. They cannot say that now because people arrive from far away, do a few symbolic gestures to seem good, and then are accepted. Their histories remain unknown, as do the situations they have overcome and what that reveals about their character. All is public relations and no truth remains.

Our minds are so trained to see only one way of self-regulation that we recoil at the idea of legalizing murder. Criminalizing it however adds many layers of people whose constant struggles for power produce chaos. Perhaps the victims of murder are more than the dead, but include all of us as our society deconstructs itself under the weight of the dangerous assumption that law is the only order.