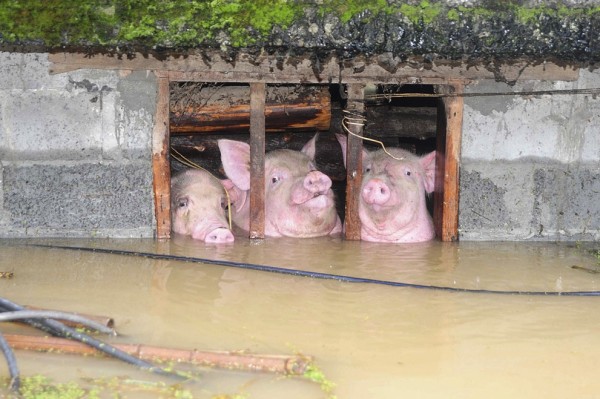 Until discipline kicks in, our minds operate as a series of reactions. We see something we do not like and we smash it. This is why human history resembles a pendulum swinging between extremes, gradually approaching a middle ground before a new issue sends us running off and we leave the old half-resolved one in stasis.

Few people realize what a crisis has manifested in the prosecution of rape in the United States. It now requires no evidence — other than that sex occurred, which is rarely in doubt — to convict a man for casual sex that the woman regrets the next day. If she complains, he goes to jail and gets to spend all of his money on the best attorney he can buy.

In any other crime, we demand evidence. Not just of the event, but that the person in question did it. Rape adds another level of complexity in that sex is not illegal, but sex without consent is now treated as the same crime as lying in wait with a club and beating some girl unconscious then having your way with her. The cops, courts and media assume consent was not given if a complaint arises.

This development takes us back to the types of prosecutions American law was carefully designed to avoid. The colonists feared the environment that was currently present in many parts of Europe where a simple accusation was enough to convict. The Constitution and other documents set up a complex legal system which required a full trial for any conviction, with evidence and a chance for defense.

America in 2015 AD has done away with “evidence” and with it the chance for defense. The usual defense, among both guilty and non-guilty, is that the woman consented. And what evidence do we have for that? Why, her word the next morning, of course! Her complaint is both an accusation and proof of its truth to the courts.

Witness this terrifying statement made by a criminal justice official:

â€œIf a woman says, â€˜He’s the guy that raped me,â€™ and you have corroborating evidence to show they were together and she went to the hospital and she can identify him, that guy goes to jail.â€

If they can show the two were together, she went to a hospital, and she can identify him… how on earth is this any different than a casual sex encounter that she regrets the next day? It also provides a good chance to shake down a man with money by raising charges, then offering to drop them in exchange for a voluntary donation of some kind.

The criminal justice official points out that what is not needed is any proof that her consent was not given. She can go back to his hotel room, drink with him all night, get naked next to him and even begin sexual activity. If she decides her consent is no longer good, or revokes it the next day, he is guilty of a crime that we inexplicably treat more like murder than error.

Why would a woman lie about consent? Other than the shakedown mentioned above, reasons come into play such as regret, or having been caught cheating. Rape is a crime frequently reported and often found to be falsely reported:

The feminist dogma that â€œwomen never lieâ€ goes largely unchallenged. â€œAny honest veteran sex assault investigator will tell you that rape is one of the most falsely reported crimes,â€ says Craig Silverman, a former Colorado prosecutor known for zealous prosecutions. Purdue University sociologist Eugene Kanin found that â€œ41% of the total disposed rape cases were officially declared falseâ€ during a nine-year period, â€œthat is, by the complainantâ€™s admission that no rape had occurred.â€ Kanin discovered three functions of false accusations: â€œproviding an alibi, seeking revenge, and obtaining sympathy and attention.â€ The Center for Military Readiness (CMR) adds that â€œfalse rape accusations also have been filed to extort money from celebrities, to gain sole custody of children in divorce cases, and even to escape military deployments to war zones.â€

In our desire to smash back against men for being able to rape, feminists and American society have concoted the ultimate crime: punished like the worst of felonies, but with less evidence required than for running a stop sign. (At least when a police officer testifies you have run a stop sign, he must note the date, time and road conditions.)

As always, the pendulum swings backward, which is right now what liberals are fighting. After having campaigned for years to make this issue important, they want you to stop looking and move on to another issue. Pay no attention to the man behind the curtain. Because when rape becomes the power of a woman’s word, women will always have the upper hand — and rule by terror — in sexual relations.

Legalize murder | What is Neoreaction?