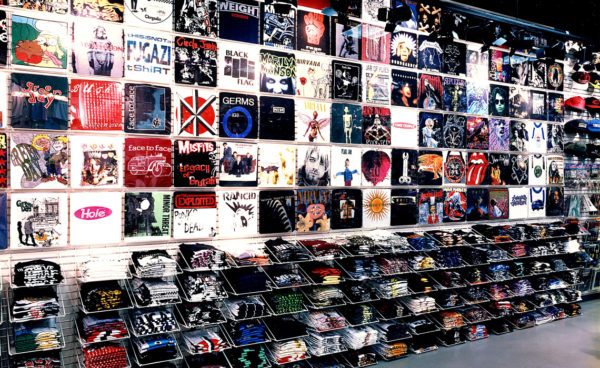 Conformity has two parts: first, do whatever everyone else is doing; second, avoid offending anyone but those that you can rebel against because they are in power and therefore, whatever you do will not actually harm them. This allows the attention whoring individual to both have his cake and eat it too, being a rebel who is not actually a threat, and as a covert conformist, to be rewarded for his obedience.

To disguise his utter conformity, the individualist disclaims responsibility. To be cool is to be indifferent to the world around you and the consequences of your own actions, which every rebel acts out by thwarting or attacking the dominant powers, but never directly, instead spreading around the damage as externalized socialized cost.

Being cool however means being sociable in a way that makes everyone feel accepted. Indifference conveys this by asserting the absence of standards and purpose, which means that no one can be doing wrong. This takes on another dimension because the assertion of indifference becomes important in order to make people feel comfortable, and so even contentious acrimony has its place, if it supports the right ideas.

That in turn adjusts the meaning of “responsibility” from a duty to be accurate in what one does to a duty to not offend others while advocating indifference, which in turn requires obliterating any information which does not support the indifference narrative:

â€œAcademics must understand that they are utterly responsible to [sic] whatever they post on their social media channels just as they are for the words they say in a classroom, and such reckless tweeting, clearly made by this lecturer is a prime example that some may be unaware, or indeed neglect their duties of responsibility when expressing oneâ€™s views.

â€œ[We] would appreciate that ALL lecturers understood that whatever their comments, they will be held responsible for their remarks given their position of authority and trust.

Basically, be cool — avoid being right — so that everyone feels content and therefore, you can benefit from the advantages of civilization without the risks. That is the point of the petit rebel: take all that you can, and give nothing back, while justifying it with some vague sense of goodwill so that you fool all the other monkeys into defending you.

That mental virus destroys society as surely as Communism but slower because it is of a less intense degree. When standards are lowered, those who take on higher standards also make themselves inefficient in that they have assumed a burden which will not reward them. At that point, the rest become de facto free riders who argue that the lowered standards are in fact a moral good. This puts the onus on those who want higher standards to “prove” that those are necessary, which cannot be proven of course, and so the free riders reap the marginal difference between the minimum required for the illusion of civilization and the minimum required to maintain civilization by adopting the former. Their “cool” is a way of suppressing those who want higher standards.

When writers on this site endorse elitism, it means this: if you want civilization, you must constantly fight back against those who erode standards and justify the difference with socially popular illusions. That is the eternal death of humanity, and Leftism is one of its many faces. Where normal and sane people are responsible, Leftists are responsible to public image, and this is why they leave ruined civilizations in their wake.