Leap Into Life (#6): People Are Hamsters 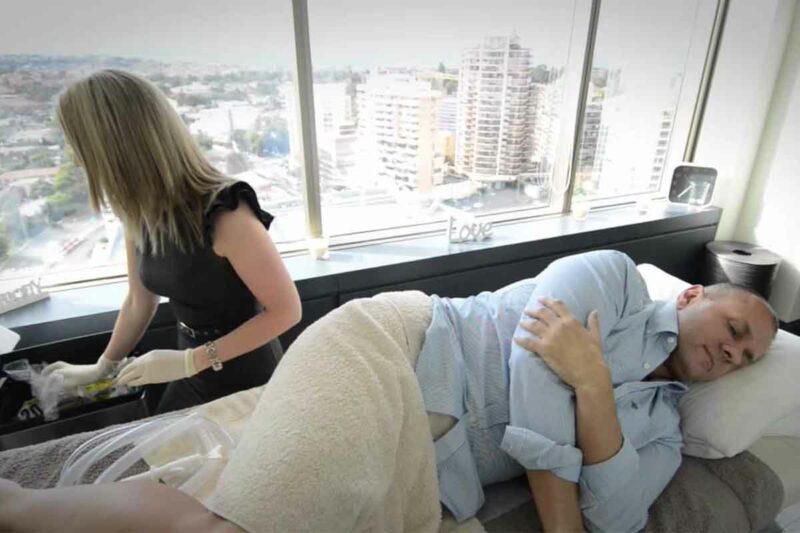 Some eternal truths reflect the nature not just of humans but of intelligence. Too much of it might be paralytic, or at least need a few centuries of caring before it could wrap its large matrix calculating mind around basic survival, and too little of it produces American television.

We like to call this human nature, but really it is the mathematics that we do not yet know how to do, involving situations with many variables, some of which are cyclic or intermittent. An intelligent population of whales, octopuses, wolves, lizards, or birds would face the same constraints.

Intelligence might thus resemble a topography, or a three-dimensional graph. You have the up and down of a linear measurement, but also development over time, producing a plane which then shows us how numbers are produced by curves over many iterations, and do not exist in a vacuum.

Plato understood topographies instantly. He would say that, for example, a mountain does not arise out of rock, but out of forces on the rock in conflict, such that something else is the cause of mountain-ness and that is the form of the mountain.

In the same way, humans represent a mountain. Some are very low, and a few at the peak, but most are somewhere in the middle and either doing their best to climb or tumbling down the sides. The mountain is formed by the need for difference.

If you asked a preschooler to design a society where each person had a number representing their wealth, power, energy, time, and prestige, that child would probably give everyone a ten. A high schooler might give most of them twos, a few fives, and his friends tens.

The preschool world would run into problems. When every object in a system has equal power, no decision can be made except through unanimous consent, which means every action requires lots of time to bring everyone on board with the same information and analysis.

A society of that nature would take until midnight to figure out what to have for breakfast. In the high schooler society, he and his friends would make all the decisions and everyone else would either go along or be irrelevant entirely (a two has little to contribute and can influence almost nothing).

Somewhere between the two exists a happy medium where the people who are most competent make most of the decisions, and most of the people, who as individuals but especially as a group are not only incompetent but tend to blindly follow trends, are ignored.

Blindly following trends seems like a human problem, but it will happen in any group where popularity matters more than being right and good. In an egalitarian society, economics and popularity have replaced hierarchy and morality as the basis of social structure.

Consequently, in these egalitarian societies, whoever says what flatters and emotionally engages the largest group wins, and so each person in a bid for personal relevance engages in this process. This is logical: it is how they get ahead and find wealth, mates, friends, and a position in society.

This means that society has no direction, but endlessly chases trends, whether based in opportunities or fears. For example, all of the West browbeat itself into White guilt over Hitler, and currently, many people in the West are following the LGBT trend, trying for their fifteen minutes of fame.

At their core, most people are hamsters. They like to eat, have sex, and feel safe. When they get what they want, they stop thinking and take it, then move on to the next thing. The consequences of their actions represent a concept as alien to them as religious experience or transcendental wisdom.

Democracies favor this collective hamster trend-chasing. This frees up those in power to do what they want, while governing under the aegis of protecting the citizens, while the citizens who hold the true power through the vote ignore this duty and responsibility and busily chase trends.

People look toward all kinds of scapegoats now. In the 1980s, they were certain that Satanists controlled the world; in the current day, they blame Illuminati, Bildergergers, the Rich, the White, Jews, Catholics, or even vaguely “politicians.” No one is focused on the obvious truth.

Spurred on by the Magna Carta, Peasant Revolts, Enlightenment,™ and finally the French Revolution, the middle classes took over from the higher IQ aristocrats and made an order based around their morality, which is that commerce comes first and all customers get treated as equals.

This has backfired, and no matter what symptoms people note, these all arise from the egalitarian takeover of the West. Our governments are a product of it as are the trends which arise from the ability of every person to be whatever he wants without consequence.

Paired with the method of the West, namely functional institutions instead of each man for himself style anarchy, and later technology, this system of thought has taken over the world. It has no leader, nor central control. It expands like a virus because most people believe it to be good.

While fools on the Right and Left offer their pairs of talismans, or universal goods, and scapegoats, or universal bads assumed to be the root of our problem, instead the crisis sits in plain view: we switched from caring about results to focusing on individual rights, and now we are ruled by a mob.