Kakistocracy Here and In Britain

by Jonathan Peter Wilkinson on April 3, 2019 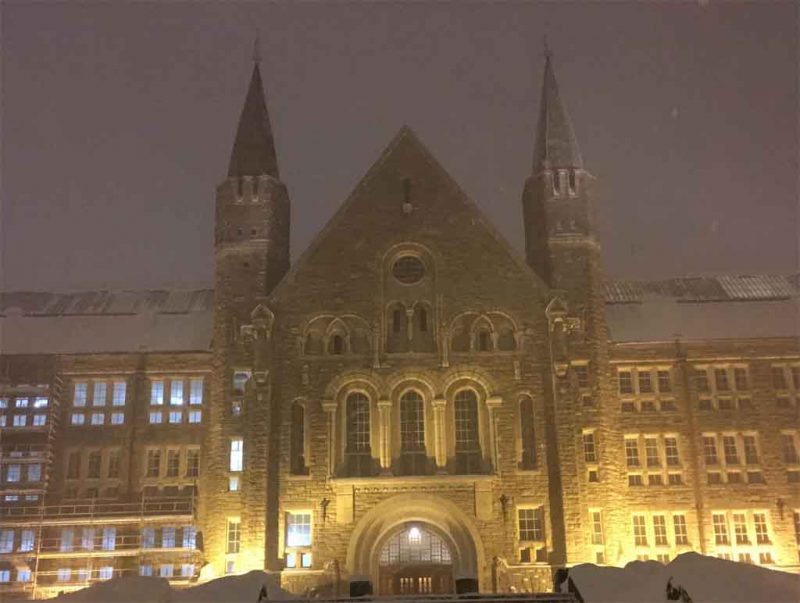 Intelligent people do not accept orders from those who hate their guts. These individuals consider their charges expendable at best, deplorable at worst.

Eric Holder, though never Democratically elected, has been quite the catamite to Amerika’s hating and hateful self-selecting elite. He tells us what he thinks of the country that has allowed and aided him in being a millionaire a hundred times over below.

In pointed terms during an interview with MSNBC on Wednesday, Obama-era attorney general Eric Holder posed the question to MAGA-chanting Trump supporters: “Exactly when did you think America was great?” The comments echoed those of Cuomo, who took heavy criticism for remarking last year that America “was never that great.” Together, both off-the-cuff comments amount to stunning statements from public figures who until recently were considered potential presidential candidates. In both cases, the Democrats took shots at America’s past as part of an effort to criticize President Trump’s “Make America Great Again” slogan.

Eric Holder is not uniquely detestable. New York Governor Mafia Cuomo holds a similar opinion of the dumb marks who voted him in charge of handing them out free swag.

“We’re not going to make America great again. It was never that great,” Cuomo said during a bill signing event in New York last August. “We have not reached greatness, we will reach greatness when every American is fully engaged, we will reach greatness when discrimination and stereotyping against women, 51 percent of our population, is gone and every woman’s full potential is realized and unleashed and every woman is making her full contribution,” he continued.

This rationalization about women’s rights is garbage. The truth is a well-known Black Pill. These people in charge have got themselves into power in order to exact revenge. They hate you. They want to rule you to protect themselves from you and revenge themselves upon you. How does this play out? Anyone not in their clique, even when they are voted into power; must be expelled from power and hobbled before they can do anything that the people who voted for them into power wants to see achieved. Russiagate was all about protection and revenge.

Ever since Donald Trump smashed his conventional Republican rivals in the primaries and captured half of the governing duopoly, the ruling class has been waging a lop-sided rich man’s civil war, with most of the Lords of Capital bent on making Trump a transitory phenomenon. These behemoths of finance interpreted Trump’s white nationalist victory, on the GOP side, and Bernie Sanders’ phenomenal Democratic challenge to the corporate consensus on austerity as a warning that they had lost control of the narrative – of reality as told to the masses in the exceptional USA. Therefore, in addition to stoking the fires of never-ending war, Russiagate would provide the rationale for a new McCathyism, to justify a purge of dissenting voices from the Internet, the last partially unconquered communications arena.
“The most important function of U.S. corporate media is to fashion narratives that serve the imperial interests of their owners, the ruling class.”

It would be tempting to just write all this off as a unique and evil manifestation of Crowdism or the Nu-Amerikan crack-baby bastard child of Marxism and Multi-Culturalism. With good, old-fashioned Amerikan ingenuity, we should be able to invent the Monsanto of screwed-up socialism that gives everyone cancer that drinks the ghoul-aid. But no, we are a decadent and declining empire of rot. There is nothing that we attempt that isn’t gauche, tacky and trailer park in comparision to our colonial forebearers, The Jolly Old Brits.

When it comes to hating the very people you rule and holding them in scornful contempt; Theresa May keeps a stiff upper lip that would make Gladstone and Disraeli both proud. How determined is she to thwart and stymie the will of a majority of her own people? So much so that she will voluntarily step down, if she can water down and adulterate The Brexit that the British people voted for in a nationwide referendum.

Cox said Parliament should take “a single decisive step … to afford certainty to the millions of people who are waiting for it.”

The agreement still faced substantial opposition even after May sacrificed her job for her deal, promising to quit if lawmakers approved the Brexit deal and let Britain leave the EU in May. Some previously resistant Brexit-backers have moved to support the deal. Former Foreign Secretary Boris Johnson — a likely contender to replace May as Conservative Party leader — tweeted that rejecting it risked “being forced to accept an even worse version of Brexit or losing Brexit altogether.”

But there is little hope of approval unless May can secure the support of the Democratic Unionist Party in Northern Ireland, which has refused to back the agreement because it treats Northern Ireland differently from the rest of the U.K. The small party has 10 seats in the House of Commons and some Brexit backers say they will take their cue from the DUP.

What “Conservative Tory” Theresa May has accomplished here may well be the ultimate Cuck d’etat against her own party’s voters. She has somehow convoluted the situation to be one where you can have The Brexit or you can have her but not both. This is obviously a situation where any ideologically true Nationalist in Britain would like a different sort of computational logic and embrace the healing power of .AND. The AND Statement would read:

If (Unplug (Theresa May) .AND. Hard Brexit) Then Rule Britania.

But Theresa May, like Mafia Cuomo and Eric Holder, hates the idea of anyone in her own country being proud of anything other than joining The People’s Democracy of Bono at Davos. There is an old Alt-Right term for a government that deliberately seeks power in order to cripple and demonize its own native population. This is referred to as “Kakistocracy,” although Aristotle and Plato would have recognized it by the plain old term “tyranny.”

We can think of this as towards the bottom of the radioactive decay cycle from high-functioning Republic to mostly incontinent Shiite-Hole Country. The USSA and Still Better Than The Median Britain have been shedding electrons for a long time. Many of those who have arisen to lead these dying lands wish nothing except further rot and mortality upon the masses they both fear and execrate. Nobody suffering demotism dementia ever wants to admit that either Amerika or Britain is or ever was in any way great.