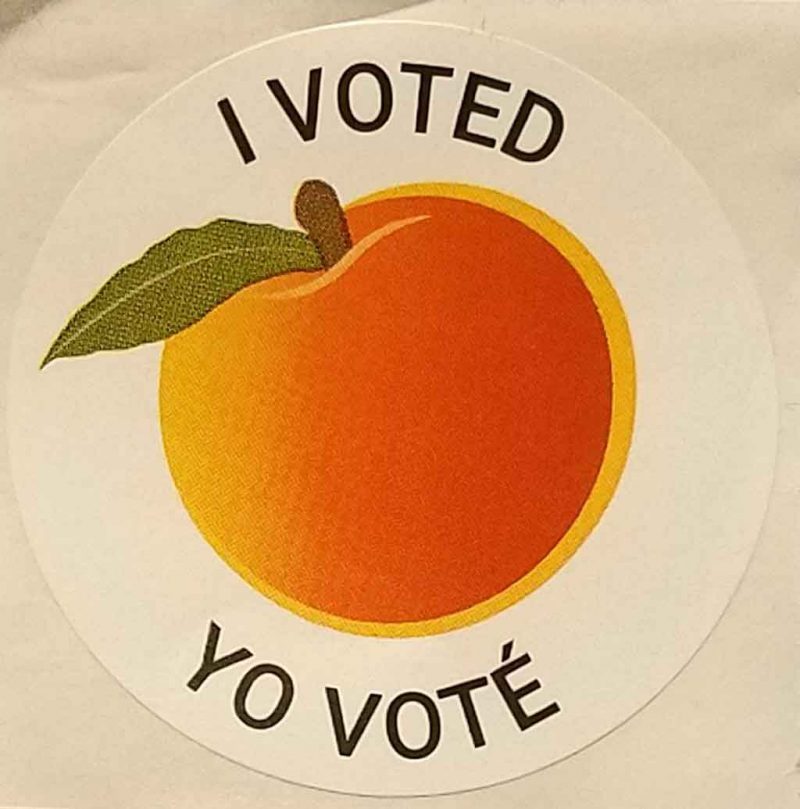 So much of the news we see out there simply confirms how greatly our civilization as declined as we see how idiots rule and leaders are motivated to use symbolic manipulation of mass culture as a means to power, despite this making everyone dumber. Today we see the insanity has pervaded Judaism, where it induced leaders to become the caricature that their enemy made of them.

Robert Bowers, the misguided person who killed eleven worshipers at a synagogue last Saturday, believed that Jewish people were organized as a group to bring immigrants into the country. In his view, which was narrowed to tunnel vision because he focused on Jewish groups instead of the many types of groups who are doing this, that made them enemy combatants worthy of death.

Unfortunately, some pundits and Jewish leaders have attempted to prove him correct by allying themselves with pro-immigration forces. Some even targeted President Trump with their rhetoric:

“Our Jewish community is not the only group you have targeted,” the group wrote. “You have also deliberately undermined the safety of people of color, Muslims, LGBTQ people, and people with disabilities. Yesterday’s massacre is not the first act of terror you incited against a minority group in our country.”

Trump was fiercely criticized after he failed to condemn white supremacy and asserted that there is “blame on both sides” after last year’s deadly white supremacist rally in Charlottesville, Va.

The group said Trump is not welcome in the city until he also stops targeting minorities, immigrants and refugees.

In other words, they have said that they stand with refugees and that somehow Trump is to blame for the actions of an angry, lonely, and highly alienated individual who found others willing to talk about The Jewish Question™ on the internet. Instead of pointing out the nuance of the situation, which is that many Jews oppose immigration and even question their own presence outside Israel, this group wrote something that Bowers himself could have penned.

Now, we all know the game: to make your group popular, grab as many headlines as possible, and this type of emotional appeal definitely works toward that end. For that reason, we cannot see it as completely sincere or serious, but more like a way of demanding to be heard. Still, there were better ways.

The Los Angeles Times asked us to hold its beer, and then penned an Op-Ed disaster which acts as if Jews are doubling down on immigration, rather than being divided on it like other American citizens:

Now it has come to Pittsburgh, where an anti-Semite decided that Jews were behind what he believed to be the latest disaster befalling his people. Who is paying these refugees to come to his country? The Jews. Who is accommodating the refugees who finally make it here? The Jews.

…The gunman seized upon Jewish aid for refugees because American Jews have a long history of supporting immigrants and refugees, their own as well as the oppressed and downtrodden from all over the world.

The Bible enjoins us not to forget that we were once strangers, and many of us, the majority, have not forgotten. Now it is our task to continue the fight, so that the tree of life may flourish.

In other words, become the caricature that the killer made of you. That staggering vapidity seems designed to passive-aggressively force others to accept this condition or to be blamed for being in alliance with the shooter, and people hate nothing more than being unfairly blamed. People oppose immigration for many more reasons than anti-Semitism.

Perhaps this one can be written off as an attempt to turn Jewish voters away from President Trump, which seems unlikely since despite American Jews generally voting Leftist, many of them see a common background with Trump in his no-nonsense practicality about issues that threaten American workers and prosperity.

In the end, it reads as an attempt to become the bogeyman that the shooter conjured up in his anti-Jewish screeds, much like neo-Nazis feel they have to act out the image that Hollywood has set for them, complete with pointless and mindless crimes which seem to revel in cruelty and viciousness.

Not wanting to miss an opportunity to stuff a foot in its mouth, Leftist Israeli newspaper Haaretz decided to pretend that Bowers was right about Jewish people and create an identity for Jews that associates them with immigrants, even though Central American migrants here are more like Palestinians than most care to identify:

Our big, florid president shouted about a ‘caravan.’ The shooter joined the mob declaring: The Jews are behind it all. To which our answer is: We, as Jews, will welcome every single person seeking safety and opportunity

Forget what Hillarious Clinton said about civility; we need clarity, and discussions which are mature and sensible. Neither Bowers nor the sources cited above have done anything to advance that. Instead, they are acting as if the murderer were correct and that the rest of us need to go along with the Leftist agenda or be seen as one of whatever genre from which he came.

They may simply be behind the times. We are living in a post-“racist” world, meaning one where using the term “racist” to silence anyone opposed to diversity has died as a tactic. People do not care anymore because, absent a demonstration of Hollywood neo-Nazi behavior, it does not stick to anyone. We realize it like political correctness is merely a silencing technique.

When saner voices emerge among American Jews, they may acknowledge as Theodor Herzl did that minority populations among majorities are usually scapegoated for anything that goes wrong, and the solution to that is less political “activism” and more partnership with the majority. Jews working for immigration are working against the future of the Jewish people.

In addition, they might admit that the same problem afflicts us here as in Israel. Masses of third-world people in first-world nations become manual labor, and they invariably tire of being subjects and attempt a revolt, much as lower classes always revolt because they do not understand the tasks of their masters and believe themselves equals as a result.

Unless the first world stops immigration and rolls it back by repatriating its third world residents, it will enter the next stage of diversity in which outright balkanization breaks out and groups like Jews are targets from not the majority but other minorities. At that point, the majority will defend only its allies.