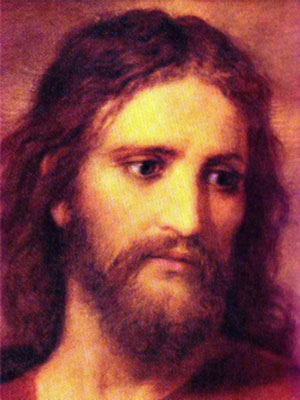 We all know about Jesus, don’t we?
Or do we?
Ladies and gentlemen: please return your seats to the upright position, and fasten your safety belts.
There may be severe turbulence ahead…

Was Jesus the one-and-only Son Of God?
If he was, then he was perfect.
Was Jesus perfect?

A perfect being would not need to live as a lowly carpenter for thirty years, before feeling able to be The Messiah.
He would jump right into the job. If he were, indeed, born to a virgin mortal female, would that not make him mortal, too?
And why a virgin? Something doesn’t add up, here. It sounds suspiciously like a human bright-idea, to make Jesus sound even more Divine than he was. Like a modern T.V. program: no matter what the subject of the production, it is never enough, as-is. It must always be hyped into something even more astonishing (and cool).

No.
Jesus was a man, if he existed at all. I hold that he did exist. And much of what we hear about him was true. Along with much more, that has been manufactured, since, to sell even more copies of the all-time best-seller.

He was a seeker. He knew there must be more to life than the life generally accepted, as such, in his era. So he went looking for it.
He forsook the land of men, as all true seekers do, and ventured into the desert, as many true seekers do. And discovered that there is not much to eat, or drink, in a desert.

He became very hungry, and not a little thirsty. Free from the psychic pollution of people, he sank into a harsh and natural world, containing no sign of humans. Starvation began its inevitable work. Illusions. Hallucinations. Elevated consciousness…

Being Jesus, and a serious seeker, he abruptly attained the state that so many seekers, before and since, have sought.
Enlightenment!
He knew it all for what it all was, and understandably, became someone he had never been before.
Divine!
Not, as is so often claimed: The One And Only Son Of God, but God Himself! In part. Of the Body. The Divine.
This is possible, if uncommonly uncommon. Any serious seeker may attain such a state, although very, very few do.
Jesus knew what God was. He knew He was It. Understood that It was Him and no distance separated Them.
And so, filled with this awesome revelation, and being only human, he hot-footed it back to the temple, to sort all the charlatans out…

Whereupon he threw a fit, overturning tables and commanding all the sinners to fuck-off.
Nothing unusual about that: the man was fired up, and loaded for bear.
That was about the time it became really, really interesting…

The Pharisees, motley religious human-types that they were (and always are), suspicious and of dubious intent, took it upon themselves to question The Lord, to decide for themselves, if he might be genuine, or not. Like they would know! And so they asked him which was greater: the laws of men, or the laws of God? And which law was the highest law of all…

To which Jesus answered:
“Love the Lord thy God, with all thy heart, all thy mind, all thy soul, and all thy strength, and thy neighbour as thyself….”
Which shut them up. At least for a while.

But wait a minute!
What do we have, here?
Jesus did not say: “Love Me, for I am The Lord, thy God…”
He said “Love the Lord thy God…”
And that, for me, is genuine. Jesus likely actually did say that, or something very similar.
He would. He was Jesus!

And so we find, if we are so inclined, some truth in what otherwise amounts to a fable.
Something sufficiently believable, that anyone can accept its probable authenticity.
And humans, bless their souls, become so desperate to convice other humans, that they dress the truth up, in fantastic robes, to sell what needs no selling. Jesus was an elightened soul! Meaning mere humans can do this impossible thing!
And that, dear friends, is a whole lot more useful, practical, and honest, than what happened next.

I accept that Jesus existed, and so – probably – should you.
There is no possible downside to such a conviction.
No need for all the centuries-worth of hocus-pocus that followed, and follows.
All claimed, translated and re-translated, by lesser beings, to appear more convincing than was ever necessary.

Jesus was The Man. The First of us. The Leader. The One.
But not the Only One.
That was his message: that God Was. And wherever Man Was, then God Was too.
Created in His Image, man could be everything God Is. Becoming God, in part, Himself.

We are too stupid to survive. I mean, really!
If Jesus were to re-appear, we would behave in the same way we always did, and always do.
But we don’t have to keep on doing that. We can toss the interpretations out, for good, and take Jesus at His Word…
He told it like it was:
“Love the Lord thy God, with all thy heart, all thy mind, all thy soul, and all thy strength…”