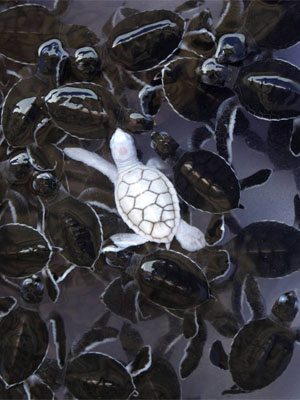 In it he gives a version of “the talk” that many black parents claim to give their kids, about how they have to be careful around white folks, who might be discriminatory. Except that his version is for whites and Asians living around black people.

Of course, the busybodies and chatterboxes of the internet and the leftist mainstream media exploded in offense and discontent. They couldn’t believe anyone would dare do such a thing! In 2012, nonetheless. But almost all sources forgot this part of the article:

The default principle in everyday personal encounters is, that as a fellow citizen, with the same rights and obligations as yourself, any individual black is entitled to the same courtesies you would extend to a nonblack citizen.

Derbyshire did not say he found African-Americans inferior, detestable, or worthy of scorn. He in fact urges us to treat them well.

What he does do is warn us that, statistically, African-Americans are allegedly prone to greater degrees of crime and may be a threat to whites and Asians

The outrage was predictable.

However, had Derbyshire written this article instead in the third person, and stated it factually, as in “I have long observed that whites and Asians tend to give ‘the talk’ about African-Americans to their children, and here’s how it goes,” the outrage would have seemed even more hollow.

The sad fact is that the vast majority of people in the United States and Europe act in the way he describes. The mouth talks, and says nice things about diversity and multiculturalism, but actions are different.

Much as how you succeeded in the Soviet Union by being a good Communist, you succeed in the modern West by supporting both (a) liberal democracy and its class leveling platform that includes multiculturalism and civil rights and (b) capitalist consumerism and the idea that we should be able to sell our junk to whoever we want, and import cheaper labor if we can find it.

As a result, we have white people and Asians who talk about the beauty of diversity, the harmony of pluralism, the benefits of multiculturalism, etc. (recombine keywords however seems apt) and then flee the cities and go home to their mostly-white, often-gated subdivisions.

Other than having the token black friends at work and at cocktail parties, the white or Asian of today essentially interacts as little as possible with black and/or Hispanic people.

The double standard in the West is to repeat the liberal dogma in public, and to do exactly the opposite when you have the freedom to do so.

Derbyshire unleashed a torrent of rage because his comments immediately follow the greatest time of racial tension in recent history. What makes this time tense is that whites (and Asians) aren’t backing down a they usually do. They’re simply saying, “Nope, we don’t see it that way.”

Some are even going further and saying that if we have freedom, as we’re told we do, we should have the freedom to pick who we want to live around, work with, hire and sell to and buy from. We want to be with people like us.

While this flies in the face of the doctrine we are taught from pre-school onward, it makes sense given the historical record. Diversity and multiculturalism create situations like the Balkans or Northern Ireland. Homogeneity creates stable nations like Finland or Japan. Which do you prefer?

Diversity itself is the problem. I don’t agree with John Derbyshire in that I think it’s foolish to black African-Americans for a disaster that was created by white liberals. When you demand diversity, you create an unstable society where no one has anything in common and distrust is massive.

For almost 50 years, people in Europe and the United States have been buying the diversity line that is fed to them by liberals, who want to use multiculturalism as a weapon in their agenda of a classless society. Import new workers, and suddenly there’s no culture, so all that remains is ideology.

Ever since the election of Barack Obama in the United States however, suspicion has been growing that diversity doesn’t work after all. We pour money into it, always feel guilty when there’s a hate crime, and yet we watch the most ardent proponents of diversity retreat to 98.6% white gated communities.

If Derbyshire made a fatal mistake, it’s that he yanked the covers off of a comfortable hypocrisy. People had hoped the discontent would just go away and we could buy each other off like last time. But now, instead of merely resentment, there is a mood of questioning whether diversity can work — at all.